The truth is, the old question about the half-full/half-empty glass is utterly useless. Now sure, it’s a whimsical pseudo-Koan that pseudo-adults in suits and dresses that wear their tags on their sleeves can pop into the conversation with a wink over the martinis they don’t like but are oh so fashionable. But, it’s a question with no pragmatic application, and mainly because the triviality of the question’s posture is such that the nay-est of nay-sayers will readily play along with ‘glass half-fullness’. 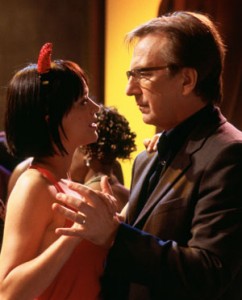 Instead of glasses and their contents, I prefer to look at weathermen (err… persons). They seem to display something that I think can much more easily be related to life. I don’t know if weathermen are they way they are because of the way society is, or vice versa, but… well, at any rate. You see, it’s always ‘partly cloudy’ isn’t it? I don’t mean always of course, just when it is. Err…, it’s confusing isn’t it, and maybe that’s why someone decides there needs to be a movie once in a while. What I mean is, they never say ‘mostly sunny’ do they? But, they’re just as interchangeable as half-full and half-empty.

Those weathermen know they’re dealing with humans though, and humans want to know the state of the clouds, and haven’t an iota of attention to turn toward how sunny it is. There’s our society as well. Do you have wrinkles? Haven’t you gotten the latest designer purse, or your 100th pair of shoes yet? Losing your hair? Don’t have the really cool car? Well, then you’re partly cloudy. Does your wife leave the cap off the toothpaste? Have a bad day at work?

Stare at the clouds.

If Love Actually can be said to have a point (and it can’t), that point is that life is mostly sunny, and Love actually is all around. The difference between the viewpoints is that you can’t stare at the sun. You can only direct your attention toward the general sunniness that’s all around, and in doing so you’ll still see the clouds. But, you can stare at clouds, and whatever you’re staring at is all you’ll see. Love is all around, and people everywhere have a decent amount of it in their lives. They just refuse to pay attention to it. As the movie fairly cleverly points out, in slightly less clear terms, few are the people arriving at airports to friends or family who are heard to say, “Fek, not you again.”

The problem with Love Actually is that instead of asking me to write a paragraph or two on the subject, it bizarrely (and I think with malice aforethought) spews out over two hours of half-full/half-empty, love story cliche. It does so by way of a series of very loosely connected vignettes, many of which have no connection until the end of the film, that play out like a highlight reel of offerings from Lifetime Movie Network. The British Prime Minister (who exists as the Prime Minister simply so we can say “British people are cool… neener neener”) falls for a member of the waitstaff (or whatever the exact role is), and isn’t it all very cleverly “different worlds”. A man whose wife has recently died explores his step-son’s first encounter with love while dealing with his own grief, and the battle of life triumphs over the sorrow. There are several more, of course, but you get the idea. 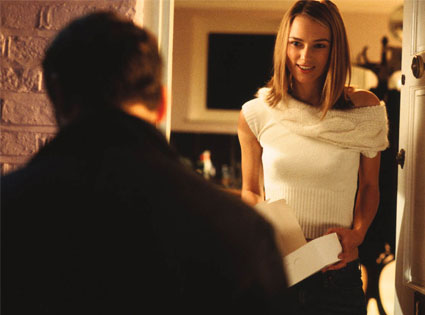 Before I go too far down the road of negatives, I should say that Richard Curtis is a great writer. And before anyone takes that the wrong way (positively or negatively) I should point out that “great writer” can mean a lot of things. First, having Black Adder, The Vicar of Dibley, and Mr. Bean (I’m referring to the show there as opposed to the underwhelming film) under your belt makes you a great writer in my book. On the movie side of things, “great writer” means something a bit different.

Four Weddings and a Funeral, Notting Hill, and Bridget Jones’s Diary simply aren’t great movies. They’re actually quite bad movies, but they’re saved by great writing, and the result is that they’re a bit above average and rather entertaining. The same is true of Love Actually. It’s rather bad really. The plot is useless blather, and several scenes are insulting, but there are quite a few entertaining moments, and the scene-by-scene script is good enough that you can make it through. It won’t be long before you realize that you aren’t really going to get anything out of it, but you’ll probably play along to the end, and you probably won’t hate yourself for it. Besides, you’ll reassure yourself, you’ll forget the whole thing soon enough. On the other hand, if you watch Lifetime Movie Network ten or more hours a week, this will probably go down as one of your favorite movies of the decade. 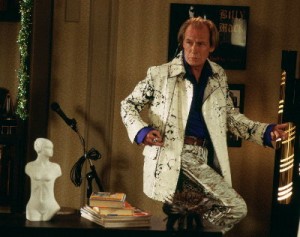 Apart from the curiosity of ‘little picture’ writing triumphing slightly over horrible ‘big picture’ writing, the credit for what positive experience can be found must go to Hugh Grant and Bill Nighy. Nighy (a longtime favorite of mine, catch everything he’s done) plays an aging rockstar attempting to make a comeback with a ludicrous Christmas song. His rough veneer and apparent inability to care about anything, oddly enough perhaps, make for a lovable character.

Grant manages to pull every possibility out of his fairly meaningless character, who as I said, is Prime Minister for no real purpose. He might just as well have been any sort of corporate CEO, or a host of other things, but it apparently seemed so clever for him to be PM. Grant’s dance number especially works for him in this role. The odds are about 50/50 that you’ll laugh uproariously or roll your eyes, but you have to admit Grant’s the man for the job.

In the end, a useless story with all its depth painted brightly right on the surface, which nevertheless manages to be fairly entertaining is pretty well the definition of average. As I said, in a month or so you could watch it again because you won’t remember anything that happened, and I still have no idea what the ‘porn’ couple was all about, but it’s moderately enjoyable. There is no way to deny that there are a host of things wrong with it, in fact building any sort of positive case at all is a difficult task, but it’s somehow mostly sunny.

Love Actually (Widescreen)
Price: $8.66
Get ready for fun! (Leah Rozen, People) with the feel good movie of the year! (Clay Smith, Access Hollywood) Love Actually is the ultimate romantic comedy from the makers of Bridget Jones’s Diary and Notting Hill. Funny, irresistible and heartwarming, an all-star cast (Hugh Grant, Liam Neeson, Colin Firth and Emma Thompson, to name a few!) will take you on a breathtaking tour of love’s delightful twists and turns. Fall under the spell of Love Actually and share the laughs and charm again and again.

This review was originally published in ’04