The Oscars are approaching, and it’s time for everyone under the sun to start predicting.  Entertainment Weekly put out a rehashing of old Academy Awards this week, and allegedly had members of the Academy recast their votes.  It’s a cute and meaningless claim, and they picked an odd assortment of mostly uninteresting years, but it isn’t a terrible idea.
So inspired, I’m going to go back through the Oscars, five years at a time, on a somewhat weekly basis.  I’m going to include the screenplay categories, and in order that these not be too outrageously long (they are going to be somewhat outrageously long) I won’t include everything.  The categories with nothing much to say about the winners or the losers are… well, that’s what they are.  I will perhaps branch out into  movies which weren’t even nominated as well.
Shall we?

It’s harder than it seems.  Were I there at the time I might pick The Sixth Sense, mainly just because what the hell, and at the time I liked it rather more than any of those choices.

It was a bit of a tricky year actually.  Among things not nominated here I might even think a while on things like: Angela’s Ashes, Sweet and Lowdown, or even Topsy-Turvy.  They’re all at least more interesting films.  To be honest, I might even throw Election around a bit.  It was that kind of year.  I also feel obligated to plug The Iron Giant.  I’m not sure about best film, but it’s awfully good.  It also won several awards, but it was a couple years early on the Academy picking up Animated Feature as a category.

Best Actor in a Leading Role

This is one of those spots where the voting gets rather tricky again.  I do love Kevin Spacey, but best acting of the year this is not.  It just isn’t.  Very good acting?  Sure.  He isn’t required to do anything really special though, and if you pay attention you’ll be surprised how frequently “character that gets really pissed off” takes home the prize.  Of these choices I’d give it to Sean Penn without even blinking.  Runner-up might be Farnsworth.

This is often a category where the vote goes to whatever is getting a lot of attention in the Best Picture arena just sort of by default.  Besides, how many voters saw Sweet and Lowdown anyway?

Relatedly, in terms of giving awards for not absolutely legitimate reasons, I’d be inclined to think seriously about Robert Carlyle specifically for the year.  Angela’s Ashes was really quite a good movie, and the acting was no small task.  But, all in the same year, he was also in Ravenous, Plunkett & Macleane, and The World is Not Enough.  Now, the Bond role was a bit goofy.  Plunkett & Macleane took a shot at putting a certain stylistic theory together with a period piece, and it didn’t quite work out.  It is, however, far better than anyone gives it credit for.  Either way, not a role that is going to lock in many awards.  Ravenous, on the other hand, was a fiendishly good flick, and both Carlyle and Guy Pearce did not (and never will) get enough attention for their roles.

Now, put it all together and the guy had a hell of a year. 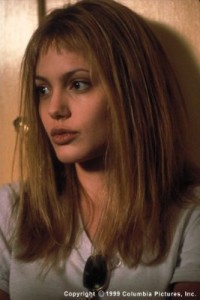 Now… say it with a straight face.  Don’t giggle.

Of the choices available, I might have to go with Samantha Morton. 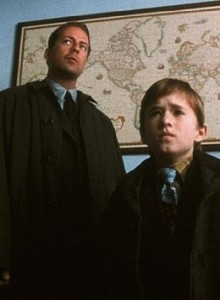 Again, we’re just voting for one movie for everything, whether it makes sense or not.  Best Direction?  Really?  The direction really stood out as being just wonderful?  I don’t think you’re being serious.

Of the choices, I might have to go with Shyamalan, but they aren’t the best choices.  I’d prefer going with long over-looked Alan Parker for Angela’s Ashes, but in saying that, I should include the fact that I could pick five movies more deserving than any of the nominees.

Of these choices I’d give it to Topsy-Turvy. 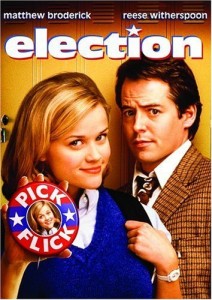 Best Writing, Screenplay Based on Material Previously Produced or Published

Possibly not the worst choice, but I think I’d actually give it to Election.  I’d think about The Talented Mr. Ripley, except that the thing was a movie once before, and I’m not sure I can give it to the second attempt at adaption. 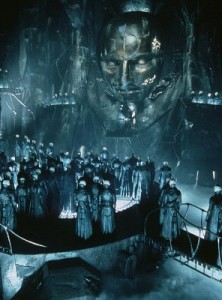 I might give this one to Elizabeth, though of the choices I’m okay with the win.  The Best Picture of the year, however, was Dark City. 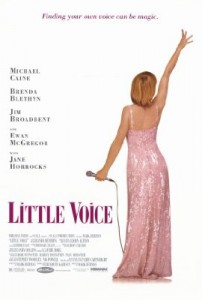 Unfortunately, of the other choices I don’t really care.  I’d vote Brenda Blethyn mostly just for kicks.  Underappreciated film, though I don’t know that I can specifically make the case for her doing an outstanding job. 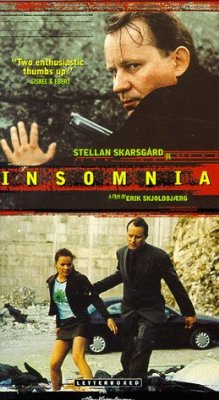 Yeah, Titanic.  Hands up if you will still admit to seeing that in the theater.  And yet, so many people went to Spice Girls concerts… I mean…

Let’s put it another way… How many voters would have to turn out to have been on Obama’s payroll before the election looked a little funny?  Say… something like 30%?

If I had to vote at the time I might have gone with Good Will Hunting.  Now it might be a coin flip between that and L.A. Confidential, but oddly enough I don’t particularly like L.A. Confidential.  Figure that out.  If I don’t have to pick from those choices it is something of a coin flip again, this time between The Sweet Hereafter and Insomnia.

Best Actor in a Leading Role

Yeah, sweet, Jack Nicholson plays Jack Nicholson for the 100th time in his career, in a movie that is practically called Being Jack Nicholson, and he wins best acting.  Then again…  What are my options?  Dustin Hoffman gets nominated for having been in a film that year.  Tough call with these choices.  Forced to vote I’m picking Matt Damon, and not loving it.

Of course, picking whatever I want I’m picking Stellan Skarsgård. 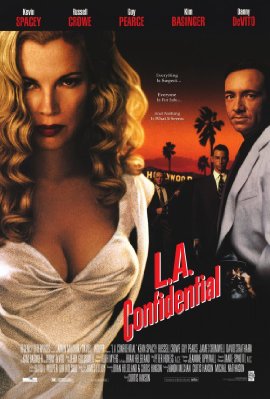 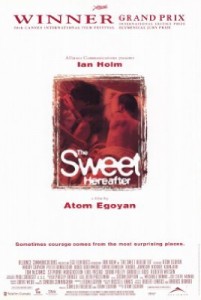 Winner:
·Titanic (1997) – James Cameron (I)
Other Nominees:
·  Full Monty, The (1997) – Peter Cattaneo
·  Good Will Hunting (1997) – Gus Van Sant
·  L.A. Confidential (1997) – Curtis Hanson (I)
·  Sweet Hereafter, The (1997) – Atom Egoyan
To be blunt about it, if you aren’t thinking Titanic is practically a primer on the opposite of good direction, then I don’t know what you’re thinking.  I’ll give Curtis Hanson props for what is definitely a good directorial effort, but Cameron and Egoyan are on the same list, and Cameron wins?

Yes, the Academy is making an honest, informed choice on what it means to direct a movie well there.
Here’s a critical analysis writing topic for you…  Explain the difference/s between giving this award to Cameron here, and giving it to Chris Columbus for Harry Potter and the Sorceror’s Stone.  I’m serious.  Give me an argument. 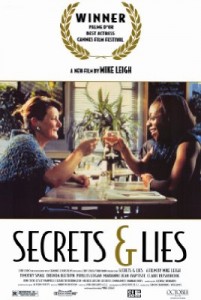 It gets boring after a while actually.  I’d pick Secrets & Lies without much difficulty.  I’d want to maybe throw out a half-vote for Big Night though

Best Actress in a Leading Role 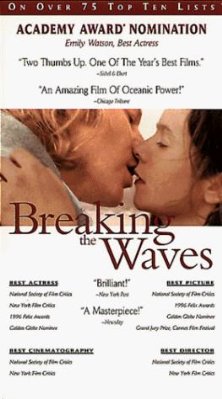 Really?  Well, maybe not a horrible choice, but I just don’t see it as an especially wonderful performance.  Very good, I agree.  I rather lean toward Emily Watson in this particular case.  Then again, there’s Brenda Blethyn again.

Best Actor in a Supporting Role 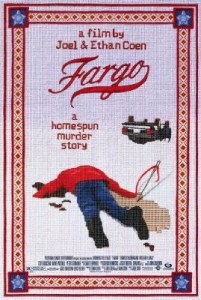 Other Nominees:
·  Fargo (1996) – Joel Coen
·  People vs. Larry Flynt, The (1996) – Milos Forman
·  Secrets & Lies (1996) – Mike Leigh
·  Shine (1996) – Scott Hicks
I can’t even keep myself together enough to talk about this one.  See above comments on voting arbitrarily for movies that are just going to get voted for in most every category.  To Academy voters Picture equals Director in a way so strong that they only nod along and pretend to understand why there are two different awards.

There’s no way for me to not pick Mike Leigh.  Woops, I picked the same movie for Picture and Direction.  That’s embarassing.

Best Writing, Screenplay Based on Material from Another Medium

Other Nominees:
·  Apollo 13 (1995) – Brian Grazer
·  Babe (1995) – George Miller (II); Doug Mitchell (I); Bill Miller (II)
·  Postino, Il (1994) – Gaetano Daniele; Mario Cecchi Gori; Vittorio Cecchi Gori
·  Sense and Sensibility (1995) – Lindsay Doran
I actually have nothing to say about this year.  Sure, there’s been a lot of backlash Braveheart has suffered through, and it isn’t all that great, but it was a pretty lousy year.  I think it’s cool that Babe was nominated, but none of the other choices are any better.

I would have like to have seen Dead Man, Before Sunrise, Les Miserables, or Exotica get somewhere into the big categories, but overall the year isn’t worth a lot of discussion.  Some of the winners probably were not win worthy, but they didn’t have competition that demands a recall either.

And there we are.