Lie To Me – Television’s New Star

Lie to Me stars Tim Roth as Dr. Cal Lightman, one of the world’s premiere experts on detecting lies.  He runs his own company, and gives lectures to police forces, special agents, and a wide variety of other institutions.  Of course, he also gets called in on the odd case, because that’s where we get our show. 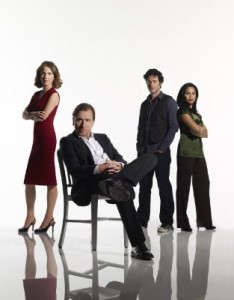 Something of a mix between House and The Mentalist, Lie to Me is part investigation, part psychological instruction, and part playing up the “people suck” angle that is becoming increasingly popular.  Cal is fully on board with the idea that everybody lies, but runs with that idea from a very different perspective than we might be used to, say from watching House.  Where House sees omnipresent deceit as a sort of proof that people are all terrible, and it’s just a matter of figuring out in what way, Cal looks at the general idea more in terms of the theory that really we’re all telling a lie just by showing up in the first place.

Sure, some people are being dishonest about more important things than others.  Some people are telling you a lie because telling the truth means confessing to a crime.  That’s really neither here nor there for Cal. You lie just by presenting yourself as someone you know you aren’t.  As Cal’s partner, Dr. Gillian Foster (Kelli Williams) tells us early on in the pilot, knowing that you’re telling a lie hardly means anything… it’s knowing why.

Cal Lightman, as is demonstrated several times in the show, can always tell when someone isn’t telling the truth.  All on its own though, it’s just a party trick without a whole lot of function.  “Did you do it?”  “No.”  “He’s lying.”  might actually be useful, but only once in every thousand cases.

What’s interesting about knowing how to read people is discovering why they’re lying, and figuring out what exactly they’re lying about.  Then there’s also what you do with knowing that people are lying.  In more than one case, and in perhaps Housian fashion, Cal turns a blind eye to the lies people tell, because it just isn’t his business.  Quite often, the lies we’re telling are the lies we tell ourselves about not knowing that other people are lying.  Yes, that’s just the sort of show it is. 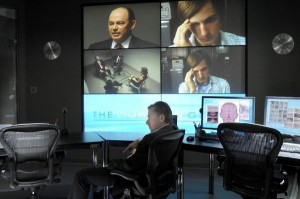 What really wins all three of these shows is not just the subject, or the writing, but the evolution of television acting.  Hugh Laurie, as the relevant example, is simply superb, and that’s generally and House-specifically.  Tim Roth, grossly underappreciated though he may be, is on the very short list of best actors of our time.  Any show at all would be worth watching Tim Roth, and conveniently he is in something that appears quite solid.

I’ll have to revisit this show after a few more episodes, but for now it is a bright ray of hope for television.  I can’t argue with the idea that perhaps things seem a little familiar (re: House and The Mentalist), and all I can say is, “Thank God.”  There’s something a little familiar about all these reality shows, and it doesn’t stop TV from spiraling into the toilet.  Maybe dissuading television producers from doing things that might seem similar to other smart, well-written, shows is not really the best way to go.