In Defense Of Christian Bale

So, by now everyone has heard Christian Bale‘s rant, listened to the remix, heard the apology, read his director’s support quotes, bought the T-shirt, and everything else imaginable.  The whole episode is everywhere now, from a thousand different angles, and it’s even getting far too much exposure from Entertainment Weekly this week, wherein there is a Star Rant Guessing Game.

Christian Bale rages like a lunatic at Cinematographer Shane Hurlbut for four minutes or so, and ultimately apologizes for his terrible behavior. 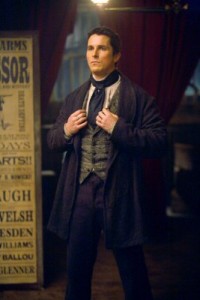 So, what do I mean by defending him?

Well, first of all, let’s just set the groundwork by saying that Christian Bale is a great actor.  I don’t mean some donkey star popping up some crap films like The Skulls, or Drumline, or Mr. 3000… I mean he’s really a good actor.  He’s also a very serious actor.  He works at his craft very seriously, and he has gone through a lot of quality roles, working with some serious artists in the game.  I don’t mean like some dumbass who spins together some garbage like Charlie’s Angels: Full Throttle, or produces some made-for-idiots television, or whips together some moronic half-naked girl band that sings one-line songs, and then wants everyone to call him McFluffy Pants either.  I mean people who make great films.

At a very young age he was indoctrinated into the whole world of moviemaking by getting a little role in Empire of the Sun, where he got to be shown how things go by Steven Spielberg.  He moved from that to Kenneth Brannagh directing himself in Henry V.  And, bang, things were pretty serious right out of the gates.  Now, okay, he made Newsies, but what the hell are you gonna do?

After decent turns in Swing Kids and Little Women, he moved on to The Secret Agent and then a truly fine performance in Metroland.  He then moved to The Velvet Goldmine, working with the very serious Todd Haynes.  He jumped to A Midsummer Night’s Dream to work on a bit of Shakespeare, and then played Jesus in Mary, Mother of Jesus.  That’s pretty serious stuff that is. 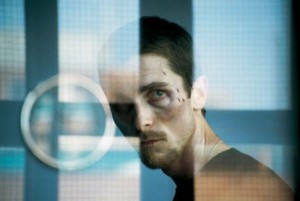 Next came his go in American Psycho, a cult classic, and if nothing else a brilliant job of acting.  And, insofar as you can be serious while hacking people up with an axe to Huey Lewis, pretty serious.

He then went on a short streak of not quite the winningest stuff, coming out with: Shaft, Laurel Canyon, Reign of Fire, and Captain Corelli’s Mandolin.  Maybe not the best work, but not bad by any stretch, and not quite We Are Frickin’ Marshall.

Then he moves to the horribly underappreciated Equilibrium.  Then, The Machinist, directed by the mostly brilliant Brad Anderson of last year’s wonderful Transsiberian.  Then we have Batman Begins with serious and very cool Christopher Nolan, Harsh Times, and Rescue Dawn with Werner For Crying Out Loud Herzog.  The Prestige in which he was amazing, with Nolan again, and then 3:10 to Yuma, and I’m Not There.

So, here we are, and Christian Bale finds himself something of a hot property, and someone says, “How about making a Terminator movie, and look at all those zeroes.”

But, now Christian finds himself surrounded on one side by a guy whose claim to fame is creating TV shows with episodes called “Asslane,” and selling naked women who sing about having sex with them, and on the other by a guy who is at least moderately familiar with what it means to be a director of photography by way of working on a few of the more mediocre and meaningless films to come out in the last few years.

Now, I’m stretching things a bit, and I’m not really trying to bash Joseph McGinty Nichol (because if he thinks I’m calling him McG, then he’s even dumber than someone who wants me to call him McG).  I mean, if I could go from music videos to huge-budget Terminator movies by way of… I have no idea what, I’d do it too.

Seriously though… let’s say that Christian was right during his rant, and assume for the sake of argument that Shane Hurlbut is a stupid, unprofessional donkey who doesn’t know how to do his job, and walked into the middle of the scene several times… am I saying that excuses Mr. Bale’s behavior?

Not at all.  I’m saying what the hell does he need an excuse for?  Since when do we need excuses for calling stupid people stupid?

Did Julia Roberts need an excuse when the video came out recently of her cussing like a drunken sailor at some poor Papparazzi guy?  Her lunatic rant might not have been quite as long as Mr. Bale’s, but minute for minute it had just as many Fs.  Did she need an excuse?  Did anyone start calling raving rants in general “going all Julia on his ass?”

Hell, no.  She just paid that shit off, and now the videos won’t play anymore, and no one mentions a thing about it, because you damn sure better not mess with her.  She’s an icon of (Pffff) really great acting and whatnot, and everyone loves Julia Roberts, because… well, that’s the law.

You might not even know what I’m talking about there, but I saw the video before it got shut down.

In any event… why does Christian Bale need an excuse or an apology?

Do you need an excuse or an apology when your secretary writes down the wrong phone number for the tenth time, or some donkey is just sitting there for thirty seconds after the light turns green, or your doctor amputates the wrong leg?  Screw that noise.  You go off on those F&%$*& Dumb&$$%$, and why wouldn’t you?

What’s really ridiculous about the whole thing is that everyone is making such a big deal out of it.  Like you don’t cuss people out ten times worse every single day.  Just because he did it outloud doesn’t make him a bad guy.  Give me the days when you could rip someone a new one if he was wasting thousands of dollars by causing reshoots over and over.