There is a growing movement in recent times, which, since to my knowledge it hasn’t been especially analyzed, I’m going to now dub post-post-noir. Post-noir has actually been rather analyzed, and is generally regarded as the movies which ‘approximated’ film noir and were released in the 60’s and 70’s. Since the film noir era itself would be before that (I worked that out myself), that leaves a lot of space not being covered, and until recently, it was a lot of space that didn’t need to be covered. Noir just wasn’t popular anymore, and it wasn’t getting made.

Now sure, every once in a while something came out like, oh let’s say, Dark City, but that was actually just film noir itself, though with a hell of a spin, and didn’t need its own classification.

In the last few years, a number of movies have been released, which I feel deserve their own look. These movies have many of the trademarks of film noir, but they have gone noir one better. They have taken dark up a notch, and (perhaps) modernized it. Dark isn’t dark enough anymore.

I’m not going to make this review an entire treatise on this category I imagine exists, but it shouldn’t be hard to figure out the movies I have in mind. The major key to film noir, in general, is the anti-hero (the flawed hero, the hero with ‘no good choice’ as far as escaping his predicament… however you want to look at that exactly), and these movies all stay true to that ideal.

Other major elements of film noir would be:

And there you are. There are arguably others. Post-noir really did little apart from broadening the horizons of film noir beyond the realm of private investigator stories. The elements were pretty well maintained, few elements were added (broadly), though some were adapted. 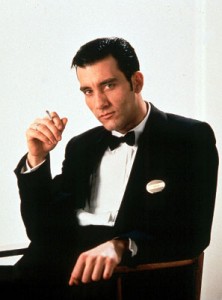 Post-post-noir films generally leave out the ‘evil genius’, though the grand machination often remains. We don’t see quite so much of the ‘in man’, if we see him at all, and he isn’t usually quite so important. He’s got some information or insight that the hero was missing, but we generally feel that the hero would have managed somehow with or without it. The element that post-post-noir adds, or at least seriously modifies, is that of the hero moving without direction. In film noir there was always a certain sense that the hero was certainly ‘in over his head’, and indeed, that might be called an element in its own right. Nevertheless, he was the investigator (or otherwise snoopy person) who was ‘after answers’. In post-post-noir, that element has been taken away, or subverted if you will, and we merely have our hero going about his life, not merely ‘in over his head’, but unaware he is in anything at all. And above all, post-post-noir films are just plain black. Harsh, gritty, ugly, roll-up-your-sleeves-and-really-dive-in sort of films.

If a genre I’ve just created (if I have) can have an example that all other films should aspire to, that movie is Croupier.

Our ‘hero’ is Jack (Clive Owen). It would be difficult to create, especially allowing for serious analyzation, a better anti-hero. Jack is an aspiring writer, living with his girlfriend, an in-store detective, and his writing is going nowhere. Beaten down by his writer’s block, and a publisher’s attempts to get him to knock out meaningless drivel, Jack actually responds when his estranged father rings up to tell him about a possible job as a croupier.

Jack, we are led to understand, has some serious history in the world of gambling, apparently from both sides of the table. He’s put that sort of thing behind him, but he’s getting pretty desperate. Not only for money, but for some ability to pretend (if nothing else) that he is doing something worthwhile. Living off his girlfriend isn’t quite filling that bill.

As Jack, narrating (another hallmark of film noir) wonderfully to us all the while, immerses himself back into the casino life, he manages to put together his book. Drawing on the life he knows so well, Jack puts together a rather telling story of what goes on in casinos, and the ‘take on things’ of those who work there. This is interesting for many of us today, as casinos are so commonly used online with sites like Casino-Korea.com instead of actually visiting the buildings.

Along the way he manages to: alienate his girlfriend with his dramatic change into ‘The Croupier‘, have a tryst with a co-worker (most strenuously verboten) while on an adrenaline high, and get himself mixed up in a plot to rob the casino he’s working in by way of the pleadings of a ‘mystery woman’ gambler from Jack’s native South Africa. Jack’s is, suddenly, not a boring life.

Through it all, Jack plugs away at the story for his book while we dig into his character piece by piece. Mostly, Jack is summed up as the opposite of the many credos he repeats as often as possible, as if to make them true by repetition. “I don’t gamble,” Jack says with incredible regularity, and quite often an equal measure of ferocity. Of course, that’s all Jack does, he just doesn’t gamble with money. “Hang on tightly… let go lightly,” is another of Jack’s ‘gambler fortune-cookie’ oft-quothed phrases, but he manages neither with any degree of success. He hangs on rather loosely, and isn’t good at letting go.

In the end, as far as our elements go, we end up with the grand machination, the betrayal (sort of), the loss (oh baby does Jack -actually we, the audience- get to have loss), and Jack is definitely not aware that he is within the machination.

The film is rather subdued, harkening back to the earliest days of film noir. See the scene where Jack, contemplating, looks out his window and watches (in slow motion) the falling beer can, which could only have been made more of an homage by playing some of that good old ‘soft sax, tinkling of the ivories’ “Mike Hammer” theme music. It has a simple style of cinematography that serves mainly to remind us of that era.

Small wonder really, as the thing is directed by Mike Hodges of Get Carter fame (the original, of course) who could hardly manage to get Flash Gordon to feel like it wasn’t filmed within a private investigator’s mildly-intoxicated daydream.

Enough praise could hardly be given to Clive Owen in this performance. Pulling largely from actors you might readily guess, Owen manages a sort of early-Bond-film Sean Connery mixed with Cary Grant and just a splash of Casablanca Bogart. Still, he creates a character entirely his own, and though he is narrating at you virtually non-stop, he says more when saying nothing than most characters will ever tell you in an entire film. The ‘truth’ of his face, in a character who is possessed of such finely-tuned inner understanding, that’s wrong, is a feat unto itself.

The movie also boasts a wonderful supporting cast. Gina McKee (Wonderland, Notting Hill) gives an excellent, and surprisingly not overbearing, performance as Jack’s girlfriend. One that we sympathize with properly, without diverting our loyalty. The ‘Mystery Woman’ is played by Alex Kingston (The Cook, The Thief, His Wife & Her Lover, and Dr. Elizabeth Corday on E.R.), and while she lacks a bit of sincerity in at least one scene, she gives a very nice performance.

And, as I said (or at least implied heroically), Croupier is mostly, if not most importantly, a dark, dark film. Jack is, in his strangely likable and only mildly violent way, a man lost in himself, misinterpreting himself, and in a constant struggle to distance himself from his own life. And, while Jack might not actually be ‘sociopath’ himself, you can certainly see it from him. Or something.

As a movie, or perhaps experience, it is not to be missed if one can stomach its approach. It is soft, warm, and somewhat aloof with a certain laziness, yet also powerful, ‘hard’, bloody, and a great release. Much like life. Or bludgeoning a cat.