Why The Voyage Of The Dawn Treader Will Work And Disney Is Stupid – The Lion, The Witch, And The Wardrobe Review Reprint Included

After moving to 20th Century Fox, The Voyage of the Dawn Treader film will be released (as though nothing might change between now and then) on December 10th, 2010.  Michael Apted will direct, and we’ve got our same actors serving in the roles of Edmund, Lucy, and Caspian. 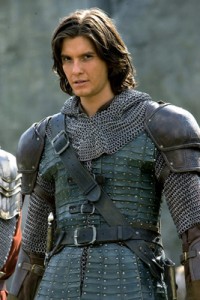 As we all know, Disney dumped the franchise mid-film once Prince Caspian lost money domestically.  It ended up down something like $60 million on that score, but doubled its budget and then some worldwide.

Now, the general story here has been tossed around from every perspective a thousand times already.  Since we have a solid release date, I think it’s worth mentioning not only how stupid Disney‘s decision was, but how depressingly un-Disney it was… Walt Disney that is.

Dropping the franchise was a decision based (and I’ll just say it, because you’ve seen Disney lately, and you know it’s true) on nothing beyond a graph with two points on it.  Point B is lower than Point A, and my little visual aid iPhone algorithm app suggests that Point C will be way down here somewhere.  To be fair, it’s a theory that serves its purpose insofar as not losing money no matter what.  After all, second prize is a set of steak knives.  But, it’s also a theory that keeps you from making money, and it misunderstands franchises (which is as anti-Disney as you could get), and it just misses Walt’s point altogether.

The first story is filled with magic, and is built on a pace that eases us into our characters.  We get strange creatures, a magical world, spells, and adventure, but mixed with a generous helping of character development and sound emotional arc.  And, without even going further into how well it was actually put on film, most everyone has at least read the first book.

Here’s where Disney misunderstood what they were doing in the first place by putting so much weight on dollars, and this is something I’m certain Walt would have known instantly — Prince Caspian is a throwaway.  Now, it’s a very good book.  Not the best in the series by a mile, but good.  It is, however, a book without a lot of hope when you start sketching the details of the plot out into something that is going to be filmed.  It’s filled with so much thought and debate, and inner turmoil, and yada yada, that the movie we got is about as good as that’s going to get.

Don’t get me wrong, it was a pretty decent movie, and it certainly had its moments, but it didn’t live up to the first one, and it just doesn’t have the same charm and power.  There isn’t time to really tear apart the characters, because there are too many turns and not enough delays.  When you put Prince Caspian down in the way necessary for managing a film, you’re pretty much left with —

Here is a quandry of a moral or ethical nature… well, we’re late for the next battle already.

And, that’s what we got.

It’s not a bad movie, but it isn’t going to blow the doors off anything.  You don’t leave the theater filled with wonder.

But, for those making the film… well, if you’re lucky you get your money back on the deal, but at the end of the day you get something  indescribably more valuable than a mere bag of cash.  You get to make Dawn Treader!

Dawn Treader is, compared to a great many things, slow as molasses.  It’s filled with chats with dragons, The Island Where Dreams Come True, mermen, and a trip to the end of the world.  It is so filled to bursting with the essence of magic that magic itself gives it rather a rude look, and it sails on oceans of just the sort of character nuance and interplay that makes The Chronicles of Narnia among the most beloved collections of books ever.  And, then you get to make The Silver Chair! 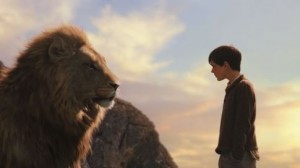 Walt understood that sort of game.  If you build that my friend, a world of magic and wonder, they will come.

I don’t know for sure that Michael Apted is actually the guy to pull things off to the extent that will realize the film’s potential, but heaping mounds of potential it definitely has.  It could easily be an instant and untouchable classic of pure cinematic joy.  Will it be one of the best films ever?  I don’t even really include that in the scope of what I mean right here.  It probably won’t be.  But, it is very likely to reignite movies for many, and become a film that is watched countless times and for decades to come.  That all may just come down to the jibbering drivel of a sickening fanboy, but when I read Dawn Treader as a young boy, I could fly.

The release of Dawn Treader is now a long way off, but Disney dropped the ball on something that could well turn into a behemoth of the movie franchise realm.

Just for fun, here’s a reprint of my review for The Lion, The Witch & The Wardrobe.  (It was for print, so there were all word count rules and nonsense)

The reason the Chronicles of Narnia have burned themselves into the hearts and minds of countless readers is not because of anything you’ll find mentioned in literary criticism books. Though people may mention allegory, character development, rich imagery, or a host of other back cover grabbers, the tales of Narnia live on because C. S. Lewis understood children and the magic of their world. There is a reason, for example, that he avoided such titles as “The Lion, The Witch, and The Pillow Fort.” That connection with the magical lives on in this film adaptation. Here is a movie that holds nothing back, and true to the spirit of Lewis’ work realizes that what is magic is not what looks magic, but what feels magic.

We follow Peter, Susan, Edmund, and Lucy into a living, breathing world that simply brooks no reservation in suspension of disbelief. Where The Lord of the Rings drew you in, Narnia defies you to stay out. The film owes much to the fact that much of its crew, including cinematographer Donald McAlpine, worked on either The Lord of the Rings, the dreadfully overlooked Peter Pan (2003), or both. The CGI blends so well that it becomes meaningless to try and determine what is real and what isn’t.

But, the visual effects are only the icing they should be. The story is given to us, manipulative though it may be, with such precision and through such surprisingly impressive child actors, that as early as the arrival of Mr. Tumnus the effects don’t matter. We wouldn’t complain if we could see the strings.

Where the film pushes beyond the semi-automatic positive reaction any adaptation of the work would garner, it is ultimately in its effort to stay true to the depths of the characters, and the wonderfully horrible White Witch. The children do not radiate “goodness” as is so often the case when children are on the screen. It isn’t their job here. They only radiate “childhood,” flaws, insecurities, stupidity, and all. Meanwhile, the White Witch is a cruel, vicious sort of evil that could endanger Darth Vader’s throne.

It’s a bigger than life film that hits nearly every mark, but it’s the little touches that really make this movie. In the midst of a marvelous battle sequence, it is the Phoenix swooping in. In a world of magic and fantastic creatures, it is the smile on a young girl’s face. And in a movie riddled with lessons and statements that attempt to remain hidden behind trees they are bigger than, it is ending on a lesson unstated and more powerful than all the rest. In the end, they don’t remember their childhood at all… and if not them, who?