The Bloggess – The Hottest Blogger On The Planet… With Ninjas & Wolverines 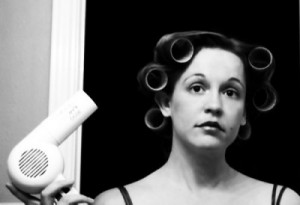 So now my wife won’t stop reading The Bloggess, or laughing uncontrollably at me, or answering the phone by shouting, “Wolverine!”… and so, I’m thinking to myself, “The Bloggess is pretty hip, has a cool blog, and maybe I should see about some advertising.”

At some point emails were exchanged, and then phone calls, and eventually the following conversation… happened I guess is what you’d have to call it.

After a brief, “my wife loves your blog,” intro, things ran something sort of like this.

So, I was wondering about a possible advertising arrangment.

Awesome, what size ad do you want to buy?

Oh, uh, well… I was aiming more or less at the selling end of the field on that one actually.

Selling…, who is this again?

Marc Eastman, from Are You Screening?

What the hell is screening?

Uh…, it’s like if you’re watching a movie screen, or looking at a computer screen, then you’re screening.

Why are you calling me anyway, I don’t do television or whatever.

Well, I just cover whatever I’m interested in, and I count blogs and so on as things on screens… you know, you have to be looking at a screen, so…

Are you from PETA?

Well, uhh… so anyway I guess this is not exactly…

At that point the stream of consciousness really grabbed hold, and she was off. I could hardly keep up with listening to her, and before I knew it she had mentioned spinach salad, the Spanish Inquisition, a yard of ale, and “crazy bastards in family bathrooms” without taking a breath once.

So, having opted out of any sort advertising scheme (in either direction), I decided I might as well write up a post anyway… even if the only thing that came out of the whole exchange was just my wife saying, “I told you it was a stupid name.”

*virtually nothing in this post actually happened… well, my wife did say… nevermind.