The 1993 spin on male rivalry, Grumpy Old Men, is hitting stores today (July 7th) on Blu-Ray.  One of the all-time duos, Jack Lemmon and Walter Matthau deliver a unique mix of cranky, old loner and hormonal skirt-chaser in a film that manages a lot of laughs and an interesting perspective. 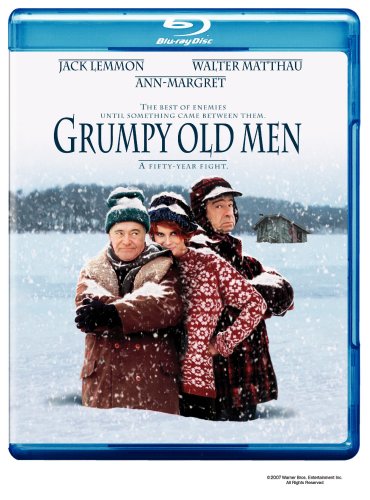 Fine-tuning their love-hate relationship for decades, John and Max hurl insults at each other nearly to the point of exhaustion, but still manage to fish very near each other.  When Ann-Margaret moves to the neighborhood, the rivalry cranks up a few notches, and soon the two are pulling no punches in their bid to one-up each other.

Helping things along is Ann-Margaret’s youthful spirit, not to mention the fact that she’s playing up the boys a bit.  Daryl Hannah and Kevin Pollack add to the mix in solid supporting roles. 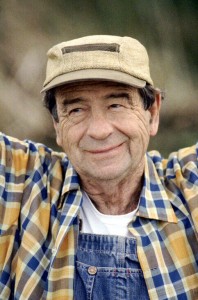 It’s a film that gave romantic comedy a whole new meaning.  Lemmon and Matthau are able to play off each other perfectly, and with the kind of timing that can only come from years working with each other.

The film is unfortunately directed by Donald Petrie, who has rather famously brought us the most painfully average efforts since the mid-80s Mystic Pizza, and continuing right on through to Welcome to Mooseport and Just My Luck.

Fortunately, there isn’t much he can do to this one, and though the title doesn’t quite stand out as a classic, it’s a comfortable, solid effort that rewards a revisit once in a while. 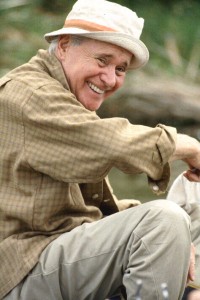 The Blu-Ray delivers on the quality you’d expect, though there are unfortunately no special features apart from the trailer.

Check out the official site.

Own it on Blu-Ray July 7th!

Here are a couple of clips to refresh your memory. Leave a comment and you’re entered to win your own Blu-Ray copy. Winner randomly selected July 31st. You must be in the U.S. or Canada to win.