10 Things I Hate About You On ABC Family – TV Review

ABC Family spun out the premiere of their effort moving from the big to the little screen last night (July 7th), and while it’s an especially curious move to pin your hopes and dollars on the reworking of a mediocre film, it isn’t all that bad.  10 Things I Hate About You’s general theory of playing up characters as stereotypes and letting them clash probably isn’t going to work that well for a general audience, but it looks like the sort of thing that will work wonders for its target audience. 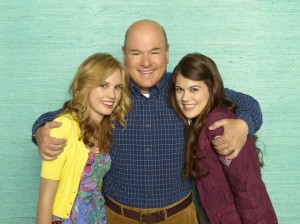 The show starts out with basically the same scenario as the film.  Kat Stratford is a serious girl, with issues and ethical dilemmas on her mind.  She hates most things about High School, but nothing so much as the entire popularity game.  Her sister Bianca, on the other hand, wants nothing more than to work her way up the popularity ladder, and takes it as a compliment when Kat calls her shallow.

It’s the first day at a new school, and the girls are going to have their encounters with the head cheerleader, the school tough guy, and a couple of geeks who are going to have recurring roles just for the fun of it.  I guess that’s High School.

It’s the kind of show that is apt to elicit a strong love/hate dichotomy of reaction, but it’s a mostly harmless effort for the younger set and possible guilty pleasure for the rest of the family.  Everything and everyone is just a little “too” in a sense that is perhaps expected, and that might quickly prove too much to take for some.  There are no head cheerleaders that are as head cheerleadery as all that, though a lot of us may remember them that way, but if you can suffer the hyperbole there are fun moments. 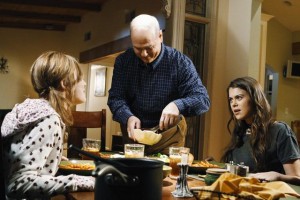 It might be worth it just to watch Larry Miller pulling off a fairly clever turn as the father, but there will be those who won’t consider anything worth it.  It’s just that kind of show.  But, when the chips are down, and you’ve got this age-range flitting around wanting to watch something, you may find this easier to digest than a lot of other options.

As an added bonus, you get to find out which sister gets the “identify with” label, and then you’ve at least got that ammunition when you show up in therapy.

Have some fun with the show’s widget below.