G. I. Joe: The Rise Of Cobra – The Game Wii Review

Video game titles spawned from movies rarely manage to hold my attention for more than a few minutes.  Even some of the best efforts are either bizarrely difficult in odd ways (almost anything Disney), or just aren’t all that fun once the initial experience wears off.  I’m not sure where everyone will put G. I. Joe: The Rise of Cobra – The Game in their spectrum, but I find it a solid effort… for what it is.

As you might expect, it’s a game based more or less around the idea of going certain places and shooting anything that moves.  You encounter COBRA in various forms, whether it be your average grunt, a robotic turret, or a main character, and you do your best to give more than you get.  You start off with few members of the Joe squad to choose from, and as you progress through the storyline you rescue others which can then be unlocked so that on future missions you can select them.  There are 12 Joes available for play, and four playable members of COBRA eventually.

Missions will have you trying to find out about certain places, rescue members of your team, destroy weapons plants, and etc., all in the name of furthering the overall goal of taking down COBRA.  Certain scenarios will have you getting in vehicles to aid in the cause, and many of the missions require manipulating objects in order to open the path to the ultimate goal.  Pretty standard stuff really.

The game has a two-player option, and is actually played with two players whether you have two players or not.  Two Joes enter the mission, and if you’re by yourself, one is controlled by the computer.  You can switch between them at any time, for those moments when controlling a particular character has meaning.

Those moments come along more than you might think actually, because each character has a unique special ability.  Duke throws grenades, Ripcord drops a little turret that sits there and fires while you get a chance to hide, and so on.

There’s a decent mix of what you’re expected to do on the missions, and there are a lot of them, but for the most part it’s run, shoot, dodge, shoot some more.  There are three levels of play, one of which is basically the “can’t fail” option wherein you still get to keep going no matter how much you die, you just take a hit in the points you’ll receive, which means less ability to purchase new Joes.

The graphics are pretty good, and the controls are a breeze to pick up, which may be good or bad depending on how you look at things.  The controls are simple to learn, because there aren’t a lot of them.  You move, you fire, aiming is controlled automatically, though you can cycle through targets, and that’s about it.

Ultimately, I’d probably be rather inclined toward giving this a fairly low rating, largely because I’m just not sure how hard the thing was really trying, but in the end it’s pretty fun.  There’s something to be said for just running around and shooting.  Perhaps like the movie, sometimes you’re just looking to have a bit of fun.  It’s certainly not anything that will have people raving about it, but it’s not a bad addition to your arsenal.

It’s also at least complex enough that you won’t get bored, you can give it some replay, and trying out different combinations of characters will keep you invested. 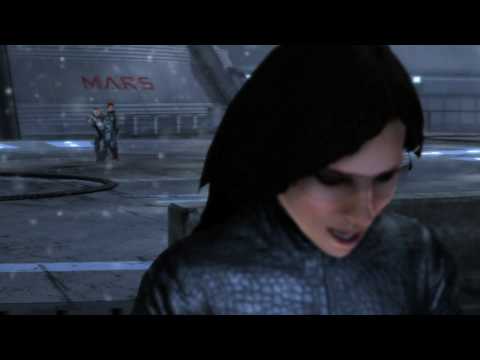