The Vampire Diaries had as much going against as for it when it first hit televisions, and the show’s popularity is actually somewhat surprising. While the general popularity of vampires, indeed teen vampires, obviously leads to a variety of efforts hoping to cash in, at some point the genre is overworked, and you’re rolling the dice as much as with any other new show.

With not only the general vampire similarity, but also the time-honored “good” vampire struggling against his nature (a key in the other big two at the moment), predicting the success of The Vampire Diaries was not an easy call. Once you get into the territory of what may well be perceived as copycat material, it becomes very difficult to judge what the reaction should be, no matter what reaction (as a critic) the material might deserve.

Through the first few episodes, which nevertheless performed well from a ratings perspective, the show plodded along somewhat lamely in its establishment, though there were a few interesting moments. Stefan (Paul Wesley) is your good vampire, and he shows up in the sleepy town of Mystic Falls, mainly because 17-year-old Elena Gilbert (Nina Dobrev) looks exactly like the woman he loved some 150 years ago. Unfortunately, his brother Damon (Ian Somerhalder) decides to join in on whatever game we’re playing, and we soon learn that both brothers were in love with that woman all those years ago. Of course, Damon is the “bad” vampire, who feeds on people, thus making him stronger than Stefan, and since Damon isn’t going to leave, the battle is on.

Those first episodes were a bit dull and obvious, even considering the age of the target demographic, but once the show got out of its own way, it started to get interesting. Despite the similarities to everything you’ve seen before, there is a new theory at work, and it is one that is both more and less serious in what it is attempting. You have to get past certain goofy elements, like the vampire on the football team bit, but then the show decides it has to stop introducing you to its story, and actually start having a story, and there really is some meat to the thing.

It might not be that surprising if we consider the track record of the production team, and this is one that shouldn’t be dismissed out of hand. There’s a lot of fun thrown into it, and it has a little bit of everything.

The DVD release is loaded for fans, and filled with a good variety of treats.

First, there’s a commentary on the pilot with the creators and director, and it would probably be quite a chore to get many people to believe what an interesting track it is. Of course, that could make it a good or bad special feature, depending on your perspective, because I’m not sure the show’s most rabid fans would necessarily agree with me on what makes a commentary track interesting. Much like the half-hour-ish behind-the-scenes featurette Into Mystic Falls, we get to hear the creative team addressing many of the difficulties with the show, like the looming question of whether or not vampires have been done to death already (ha).

That behind-the-scenes featurette is a solid effort, obviously for similar reasons, which gives you a mixture of interviews and other footage that explore getting the show to the screen while trying to focus on making it stand out. The most interesting part of both these features is the discussion about taking advantage of the popularity of vampires while trying to make something unique.

Next up are some fairly fun, if a bit less interesting, featurettes. When Vampires Don’t Suck! explores the fascination with vampires generally, and gives some good history on the progression of the mythos, including the transformation into a character that people romanticize. The Vampire Diaries: A New Breed of Vampires – Casting the Series takes a quick look at the theories behind the selection, and walks you through the process to a certain extent. The Vampire Diaries: Vampires 101 – The Rules of the Vampire is a quick look at the mythology as contained in the series, including a rundown of what does and does not hurt them.

Especially cool in this release are a downloadable audiobook of The Vampire Diaries: The Awakening by L.J. Smith, and a collection of the show’s companion webisodes, The Vampire Diaries: A Darker Truth. The webisodes follow a parallel story with a new character, and run somewhat along the lines of the similar webisode feature that came out with Harper’s Island, and others. A new character takes on his own investigation of Mystic Falls and its strange happenings in quick bites that may or may not reveal some of the show’s secrets.

You also get a fair amount of standard issue bonuses, like a gag reel and some unaired scenes.

Overall this is a solid show, all things considered, and the release offers up a good deal of added value.

Own it on Blu-Ray and DVD on August 31st! 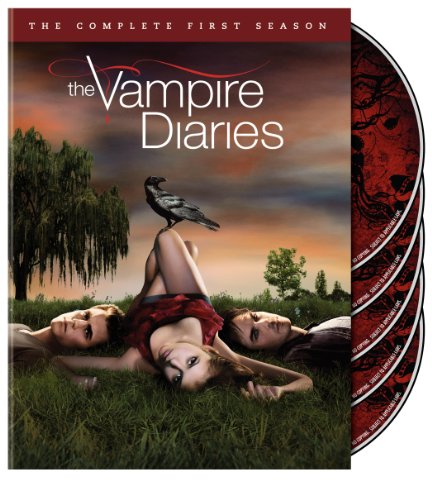 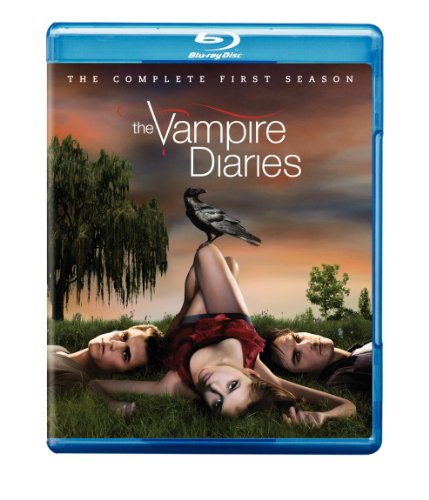 Check out a couple of clips below.

Two vampire brothers – one good, one evil – are at war for 17-year-old Elena Gilbert’s soul and for the souls of her friends, family and all of the residents of Mystic Falls, Virginia, as Warner Home Video debuts The Vampire Diaries: The Complete First Season on DVD and Blu-ray August 31, 2010. Starring Nina Dobrev (“DeGrassi: The Next Generation“), Paul Wesley (“Fallen”), Ian Somerhalder (“Lost”), Steven R. McQueen, Katerina Graham, Sara Canning, Candice Accola, Zach Roerig, Kayla Ewell, Michael Trevino and Matt Davis, “The Vampire Diaries” DVD contains 22 episodes of the first season plus over 8 hours of bonus features, including four brand-new featurettes (Into Mystic Falls, When Vampires Don’t Suck!, A New Breed of Vampires and Vampires 101), unaired scenes, gag reel, webisodes and more. The release also includes a bonus downloadable audiobook of The Vampire Diaries: The Awakening by L.J. Smith, the first book in the bestselling series from HarperCollins that started it all.

“For over a century, I have lived in secret. Until now. I know the risk, but I have to know her.” Dark, brooding, pulsing with bloodlust and transcendent with romance, The Vampire Diaries – which started as a series of must-read novels by L.J. Smith – has become a must-watch television hit. Season One offers unforgettable characters, living and undead. They are vampire brothers Stefan and Damon, one good and one evil; Elena, a double for the beauty both brothers loved some 150 years earlier; plus Jeremy, Bonnie, Matt and more denizens of Mystic Falls, Virginia. All are caught up in a spellbinding web of secrets, passion and terror.