Few films have walked the line between the ludicrously unwatchable and interestingly tantalizing like Vincenzo Natali‘s Splice, and one of them is his ’97 film Cube. Both demand new heights of suspension of disbelief, but offer up a variety of intriguing statements wrapped in almost comic circumstances.

In Splice, Clive Nicoli (Adrien Brody) and Elsa Kast (Sarah Polley) are research scientists who have created a new life form in their lab. The gelatinous blobs that are their fascinating work are, among other things, host to new proteins and enzymes (or whatever) that will theoretically provide new hope to millions of people with all manner of disease. It’s a little hazy when you get right down to it, but that’s what it says in the marketing report.

When the corporate powers backing them demand results, Clive and Elsa secretly step up their game, moving forward with their ultimate plans of combining… whatever… with human DNA, thus creating some next new creature. Things go better and worse than planned, and their new specimen, ultimately named Dren, turns out to be a rapidly-aging proto-human, and our researchers don’t know what to do with what they’ve created.

As we move from little girl Dren to adult Dren in a matter of a week or two, Clive and Elsa continue to struggle with their obligations to the corporate side of scientific life, and their lessening ability to hide their latest creation. When Dren is no longer content to sit still and take it all quietly, and certain aspects of the general research don’t play out as planned either, things turn rather chaotic.

Through it all, there are, if you look right on the surface at the bold neon, complex statements on humanity itself and the interplay between science and commerce. The problem is that, those willing to throw themselves headlong into nonsense notwithstanding, after the first act (which is surprisingly solid) the film becomes almost a game of top trumps goofy plot bites, with each successive addition to the mix being that much more uselessly silly than the last. Well, that and the fact that glaringly “right on the surface” statements are so boring that it becomes an ironic wink when Dren tells her “parents” that, “This is tedious.”

Also, while it may be something of a necessity for the progression of plot we’re stuck with that Elsa turns out to be somewhat unstable, it’s ultimately distancing and distracting. On the other side of that coin, it is a testament to the still somewhat underappreciated Adrien Brody that he can somehow believably portray the most unbelievable things that movie minds can dream up.

Billed largely as a thriller, and even more interestingly as “scary” (to some degree or other), any approach to the film with either of these ideas in mind will result in disappointment. The film can’t get far enough past its efforts at the unbelievable to manage the requisite commitment from the audience for thrills or fear of any kind. This is not to say that it fails completely, but the enjoyment and/or entertainment to be had is of a different variety.

A marginally fun effort, which will likely remain unfinished by many, Splice is the kind of film that throws caution (and key elements of good storytelling) to the wind for the sake of playing up a good time, and succeeds to some degree. It is possibly too niche to confidently recommend to any particular movie-goer, but it nevertheless rather impressively incorporates the kinds of tugs and pulls that will get many through to the bitter end, even if they do so rather begrudgingly.

Unfortunately (let’s say), the release comes with only one bonus, A Director’s Playground: Vincenzo Natali On The Set Of Splice. While perhaps not the sort of thing that carries a huge “added value” through on its own, this is a bonus that is put together well, and gives better insight into a variety of aspects of the process than most behind-the-scenes efforts you find littering DVD releases. Whether the film ultimately gets through to anyone or not, Natali himself is an interesting subject, and getting a glimpse at insights into what he was aiming for here is worth a look. Actually, it’s probably worth more than the film itself.

Own it on Blu-Ray and DVD today! 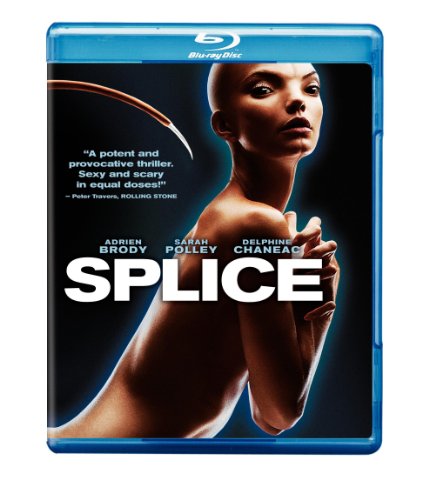 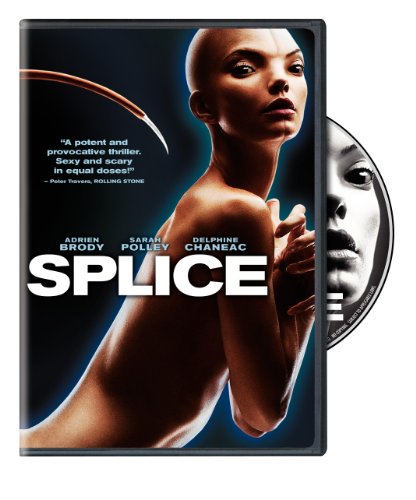 ABOUT US
News and Reviews covering all forms of screening and beyond. We screen things so you have to.
FOLLOW US
© Copyright Are You Screening? 2008-2021
Go to mobile version