There are many actors who might get a 24-film set released which would make for a collection of great and/or important films, but few would be so filled with legendary efforts. This is not only true today, as The Humphrey Bogart Essential Collection makes its way to stores, but it will probably always be true. The combination of talent, charisma, and timing is unlikely to come together in such a way again, and no matter what actors come along, none of them will exist in the right decade.

Certain films may leap to mind, of course, like – Casablanca, The Treasure of the Sierra Madre, The Big Sleep, The Maltese Falcon, etc. – and these giants are wonderful to own, but the collection really gets its value from some of the films that aren’t on the short list of titles that everyone automatically thinks of when they hear his name.

Though not the stuff of legend on their own, a historic picture comes together with other titles – Marked Woman, Dark Victory, Invisible Stripes, Kid Galahad, and more.

There is little chance of doing justice to this set here, insofar as the films themselves are concerned, and taking on Bogart’s career is more than I’m up for at the moment, but the set itself deserves a serious look.

Not only do you get all these films, but a 48-page book with timeless images from the films, a set of poster cards, and an amazing set of special features. 16 commentary tracks are included, plus 13 featurettes and documentaries. Also, a collection of classic cartoons and newsreels that played before the features when they originally screened in theaters, studio blooper reels, vintage radio shows, and more.

The collection is a brilliant release, and simply screams of amazing gift possibility.

Own it on DVD today! 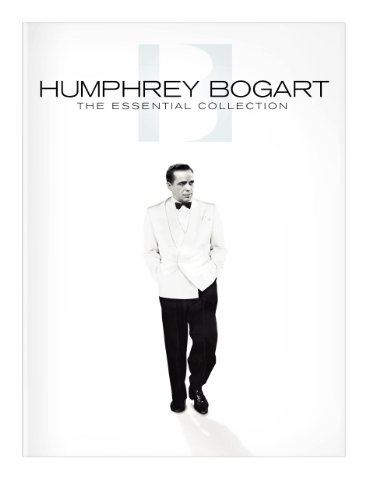 If you aren’t eager to get this for yourself, you know someone who wants it. So, I’m making this one a Facebook Fan Giveaway. If you are already a Fan of Are You Screening? on Facebook, you don’t need to do anything. If not, find the box on the right and become one so that you can win this and other great prizes in the future.

Winner will be randomly selected on December 12th. U.S. only.

Films in the set are-