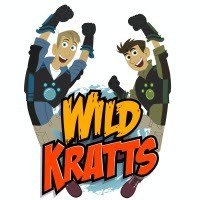 If you have children, and haven’t been avoiding television at all costs, you’re most likely familiar with Zoboomafoo. The animal show with the crazy name featured brothers Chris and Martin Kratt, their hopping lemur friend, and animals galore. They have a new show that kicked off recently, Wild Kratts, and while very different, it’s another great show focusing on animals and science.

This time around, the Kratts deliver a mostly-animated sort of adventure, which takes them around the world to explore the lives and habitats of various animals. Along with their team, they study the science of animal life, and create new suits to help them in their quests.

Wild Kratts takes kids on brilliant adventures, from zipping along with fireflies, to exploring the deepest part of the ocean with massive sperm whales, and the usual Kratt charm and fun is in every minute. Bouncing around in all the cool adventure is a healthy dose of science that not only teaches some very interesting concepts, but is built into the show in a way that makes it part of the fun.

My kids and I loved Zoboomafoo, but I think the Kratts take things up a notch here. There’s more fun packed into this one, a lot more to learn, and most importantly, a lot more that kick starts the imagination. Beyond that, for whatever the humble opinion on the back of my education degree may be worth, there is a very clever and forward-thinking theory of education at work in these shows. The scientific concepts aren’t just explained (sometimes there is even a sense in which they rather brilliantly aren’t explained at all), but are used to solve problems, and are shown in the ways animals use them, and then in the way the team adapts them and uses them again.

What’s especially telling about those behind the show, and I have to applaud whatever educational experts are involved, is that the general scheme of presentation is adjusted to suit a variety of scientific concepts, as a result of certain approaches lending themselves better to whatever we’re exploring in a certain episode.

Of course, that’s all a bunch of gobbledygook, but I’m quite impressed with the level of thought that goes into the episode construction. That’s all fine, but it doesn’t get anyone anything unless the show is packed with fun as well, and the Kratts have outdone themselves.

The show has been airing for a bit over a month now, and both my 9-year old boy and 4-year old girl ask for this one repeatedly. With animal exploration, science, a kind of “superhero” quality, plus live-action pieces with real animals added into the mix, this is definitely a winner, and a show I know my kids will want to watch for years to come.

Check out more info and a couple of videos below, and don’t let this one slip past you. 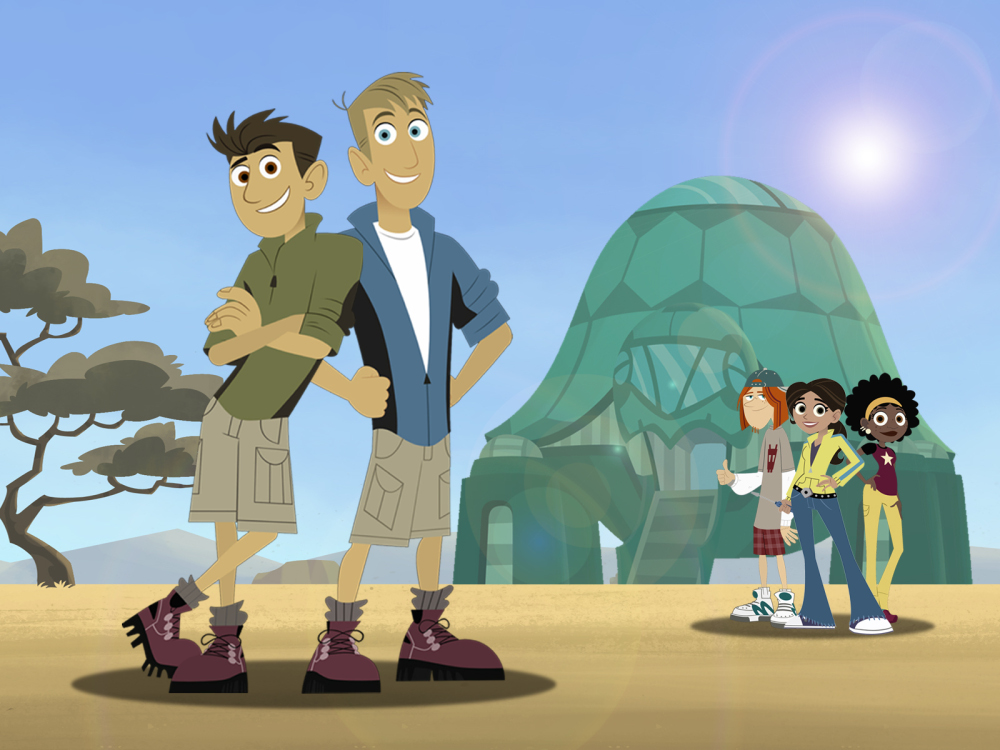 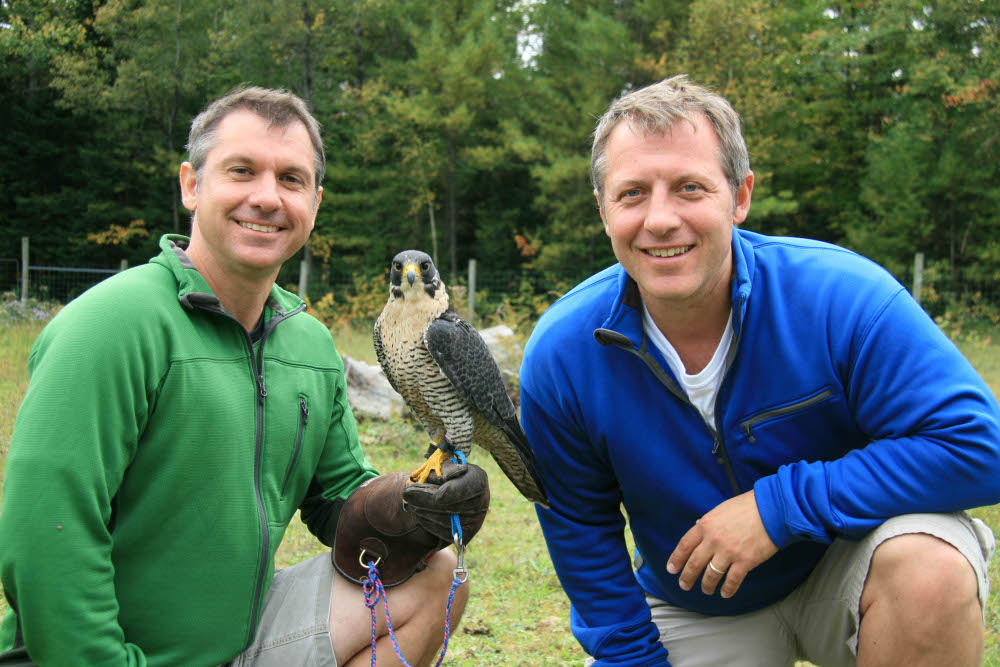 Animals can take you anywhere in science! Creature adventurers Chris and Martin Kratt will take 6- to 8-year olds and their families along on extraordinary animal-powered adventures in WILD KRATTS, a new series premiering on PBS KIDS GO! January 3, 2011 (check local listings). The show transforms the Kratt Brothers, creators of the award-winning Kratts’ Creatures and Emmy-winning Zoboomafoo, into animated versions of themselves, allowing the real-life zoologists to unveil amazing and rare wildlife behavior and showcase key science concepts along the way.

From elephants using the physics of suction to suck gallons of water with their trunks to a fleet of peregrine falcons that harness the force of gravity to speed through the air, each of the 40 new half-hour episodes of WILD KRATTS presents age-appropriate science inspired by the natural abilities of the animals that the Kratt brothers – and young viewers – meet. The debut series is a co-production of The Kratt Brothers Company and Emmy-winning 9 Story Entertainment.

“We’ve been filming wild animals all around the world since we were in college, and no matter where we go and what amazing animals we have been lucky enough to film, there have always been those incredible things that are next to impossible to catch – like the battle between sperm whales and giant squid, ” said Martin Kratt, series co-creator. “Now we can bring these greatest animal moments to kids through animation, combined with laugh-out-loud funny adventure stories.”

“One important aspect of WILD KRATTS is that we are harnessing the huge appeal of animals in this age group as a launch pad into science by introducing key concepts of chemistry, physics, geology, biology and natural history through the actions and behaviors of the animals within our stories ,” added Chris Kratt, co-creator of WILD KRATTS.

“WILD KRATTS presents science with a unique combination of humor, adventure and fun,” said Lesli Rotenberg, SVP, Children’s Media, PBS. “Chris and Martin Kratt have a winning history of creating wonderful shows and websites that capture kids’ innate curiousity about the amazing world of animals, inspiring the next generation of scientists, engineers and explorers.”

WILD KRATTS features Chris and Martin in a live-action segment starring actual animals as the brothers wonder what it would be like to experience a never-before-seen wildlife moment. Then the brothers transform into animated versions of themselves and the adventure begins, giving kids a glimpse into the secret lives of extraordinary creatures inhabiting some of the world’s most exotic locales such as tiger quolls from Australia, draco lizards from Indonesia, mambas of Africa and the elusive colossal squid from the depths of the ocean.

Animals don’t always cooperate with the animated Chris and Martin, and things rarely go according to plan, leaving them stuck in hilarious and suspenseful predicaments that call for a clever solution. Enter Aviva Corcovado, a brilliant young inventor who helps the sibling adventurers by developing cutting-edge animal-inspired gadgets – such as Creature Power Suits that generate real “creature features.” Rounding out team WILD KRATTS are Koki, a no-nonsense electronic defense whiz, and Jimmy Z, master gamer and “Teleportation Technician.” Together, the animal-loving gang embarks on comedic explorations to learn about and help our fellow creatures, often using the abilities of their animal inspired inventions to foil the dastardly plots of bio-tech villain Zach Varmitech and other environmental evil-doers as they strive to save the planet with their Creature Powers. The real-life Kratt brothers cap off each program as they interact with the animal encountered in the show and underscore for viewers the key concepts they’ve introduced on their latest expedition.

With a diverse cast of male and female characters, including two young role models for girls, WILD KRATTS helps promote the message that science can be fun. And WILD KRATTS roars to life beyond the television screen, too, with its humorous inquiry-based focus on animals and science. Interactive and immersive online activities and outreach initiatives will further extend the learning and encourage kids from coast to coast to embark on their own missions and help save the planet with Creature Power!