Yoostar 2 bills itself as a party game, and if anything was ever the perfect idea for something to leave running as guests float in and out of the game, this is it. Something along the lines of Karaoke for film, Yoostar 2 lets you select a movie scene, and put yourself in it, delivering famous lines, or reinventing favorite scenes from scratch.

While many may see this as an instant decision, I wouldn’t let myself be put off too quickly if you are among those for whom this seems like a strange idea. Wary myself of anything that has people referencing Karaoke, there’s something quite a bit different about watching your own mug deliver lines as The Terminator, or The Godfather.

The most basic setup for the game has you selecting your film and scene, and then (for the XBOX Kinect version) lining yourself up with a ghost image so that you’re in the right spot. You then choose if you want to run with the original dialog, or invent your own. If you choose to recreate the scene with the real dialog, you’ll be scored based on (I guess) timing things well. The scene runs through, and you get prompts for your part. Once you’re finished, you can watch the results, and see yourself in all your glory.

From there, you can save your scene and/or upload it to the in-game social portal via XBOX LIVE.

The game also has a sort of “career” mode which gives you the option to try and build yourself up through a progression of your “performances”. It’s not at all bad, and serves as a good excuse for playing alone, but there is only so much you can do with it.

It’s a straight-forward idea, and whether you go at it alone, or have two people in the scene, or create mashups of scenes via the social portal, you get the idea of what’s in store. You have 80 scenes in the box, and there are already many more available for download, both as single scenes, and as packages. The real question is, how well does it work?

The answer is that it works pretty brilliantly, though there are a couple of caveats there. The game will warn you about lighting, and it isn’t messing around. You need a well-lighted area for things to work, and if you don’t, the image it captures of you will come out a variety of odd colors and seriously pixelated. You also need to be aware of your clothing and its contrast to any backgrounds that might be around you, as this will monkey with the outcome as well.

However, as long as you have these things accounted for, the picture looks great, and apart from getting yourself to line up with the ghost image, everything works out very smoothly.

It’s hard to imagine this one outside group play, but in terms of meeting the intended purpose, this one delivers, and is sure to offer up a lot of fun. The list of additional scenes available for download include some greats, and add a lot of value to the purchase. You can also tell that those behind the game understand their concept well, because those who don’t actually know Ferris Bueller can jump into 300, and yet another group will go crazy seeing themselves in the scene with Barney.

There are a lot of ways to take advantage of the new possibilities available with the Kinect, and while this is perhaps not the most awe-inspiring, it’s certainly good for a lot of laughs. 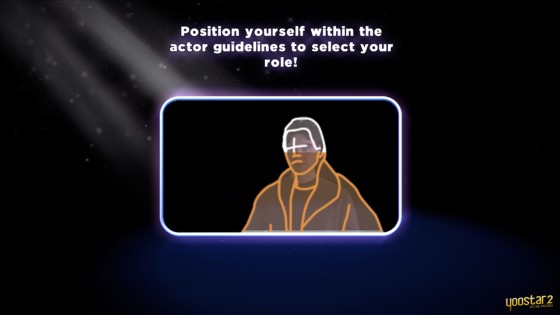 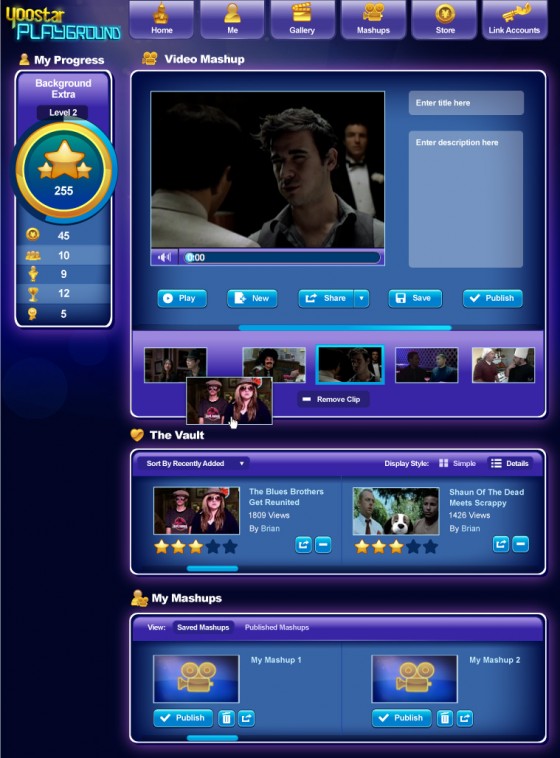 A new breed of social gaming for consoles and an ideal party game, Yoostar 2, brings the magic and fun of Hollywood to living rooms everywhere.  Using the magic of Kinect for Xbox 360 or the PlayStation®Eye, players insert themselves into famous movie and TV scenes, starring alongside or in place of their favorite actors.  Perform the lines as written in English, Spanish, French, Italian or German, or “flip the script” and deliver a personalized improvisation.  Yoostar 2 then scores the performance and lets players upload the scene to Facebook, Twitter, Yoostar 2’s in-game social portal on Xbox LIVE® online entertainment network and PlayStation Network, or Yoostar.com.