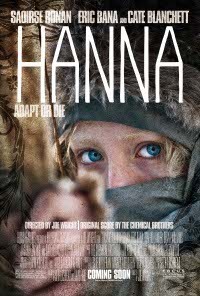 Once in a while, a film comes along that is ultimately hindered by the fact that it plays on a variety of elements which are generally considered flaws (even nearly insurmountable flaws), hoping to make use of some variety in the medium. These are films that polarize audiences and critics alike, and for those unwilling to really chew on a film, they offer up all the negative soundbites on a silver platter. But, for those who let a film wash over them, and mull them over for days or weeks before slapping together a few hundred words, these are the films that give us such rarities of criticism as something that opens with, “It’s so slow as to be nearly unwatchable,” and proceeds to sing its praises.

Hanna is such a film.

The story of a girl raised since she was an infant in a small cabin in the desolate wilds of Finland, Hanna is a wild clash of the complex and simple, and at a certain point spins so far to the metaphoric that it borders on a modern effort into fairy tale. Hanna (Saoirse Ronan) has been raised by her father, Erik (Eric Bana), and her entire life has been a training session. The goal of that training is not simply to make her an assassin, but an assassin with one target, and one mission.

When Hanna decides she is ready, a plan years in the making is set in motion, which basically boils down to ex-CIA operative Erik aiming a weapon at his old boss (Cate Blanchett), only the weapon is a small girl, and the victim is going to come get it.

When things don’t work out quite as we’d hoped, Hanna must find a way to get herself across Europe to Germany in order to meet back up with her father, but that’s a decidedly hard road when you have nothing but the clothes on your back… not even the slightest experience with the world outside the frozen forests.

From there you suppose that you more or less have the lay of the land, but that is only because you’ve watched movies before, and whether necessarily good, bad, or indifferent, this is a film. There is a complex backdrop at work – the decades long story of how Hanna came to be where she is, how a girl with nothing travels across several countries, how a CIA bigwig who isn’t exactly on the straight-and-narrow tracks you down, and that’s before Hanna starts questioning who she is and why she needs to do what she’s doing – but, the film is filled also with simplicities. Hanna has never heard music, had a friend, or seen electricity at work, and her integration into a more human existence is given to us in so elementary a presentation, that this too is sure to be cited as a failed effort.

Moreover, even the trials that seem most complicated, manage to boil down to the simplest things. Running, if you add enough description to it, sounds massively trying and complex. Running… from the CIA… across Europe… with no money… without knowing anyone. But, running is actually the simplest of skills, and Hanna will do quite a bit of it, and brilliantly in the precise form of someone, not who has trained to do it, but who has never played. Killing people is rather straightforward as well. Hell, a child could do it.

It should not be thought that the film focuses on these complexities and simplicities, or even on their balance or contrast. If it can be said to focus on anything at all, we might ultimately have to decide that it focuses on not focusing on anything. To begin to focus would, if nothing else, pick up the pace quite a bit. No, this is a film that meanders. It points out very little directly, except insofar as it points out its own aimless wandering by way of the vacationers Hanna hooks up with for a time. Hanna stares at another teenage girl in the way we might if an alien suddenly appeared before us. She is equally entranced by an electric light. Then she kills a few bad guys like she was taking out the trash.

Hanna, as an item on display, lays bare a strange ideal about what is familiar and what is foreign, and how that makes up most of what and who we are. Beyond Hanna’s very “easy” leaving of the nest, serves as an effort to exemplify most, by participating least. That is, as an almost anti-person.

This is all a dance that we might not expect Director Joe Wright completely capable of, given the clever, but not subtle enough efforts Pride & Prejudice and Atonement, and the laughably treacle-infused The Soloist, but he has hit his stride here. It’s surprising (to me) to attribute so much of the film’s success to him, but a great many others would have turned this film into a forgettable mess, worthy of the negative criticism this will surely receive, and precisely by way of trying to avoid it.

In the end, thanks in equal measure to an amazing performance by Ronan, we are left with a dark, mesmerizingly cold tale that spins revenge adventure on its heels, by not being one. You could run yourself down the rabbit hole almost indefinitely if you start wondering about who is really killing who, and why, and why you are watching what, and for this long, if you let yourself realize that the sub-text has very little “sub” about it. The real failing of the film is probably that there might not great answers to find there, but it is often enough that we actually get the questions.

It will be a truly surprising remainder of the year if this one does not end up on my Top 10.

Below check out a bunch of great stuff, and get more familiar with the film.

Check out the iPad App – where fans can exclusively access the hidden “Camp G” location that is missing from the official site, stream the trailer, view character galleries, listen to the original score from The Chemical Brothers, and download the soundtrack from the film on iTunes.

The artistic blending of action, mystery, innocence and coming of age in HANNA inspired the Illustration Project. Focus Features set out to find three talented artists internationally who could capture the spirit of the characters and bring them to life in their own mediums. Working with exclusive clips, photo stills and the film”> 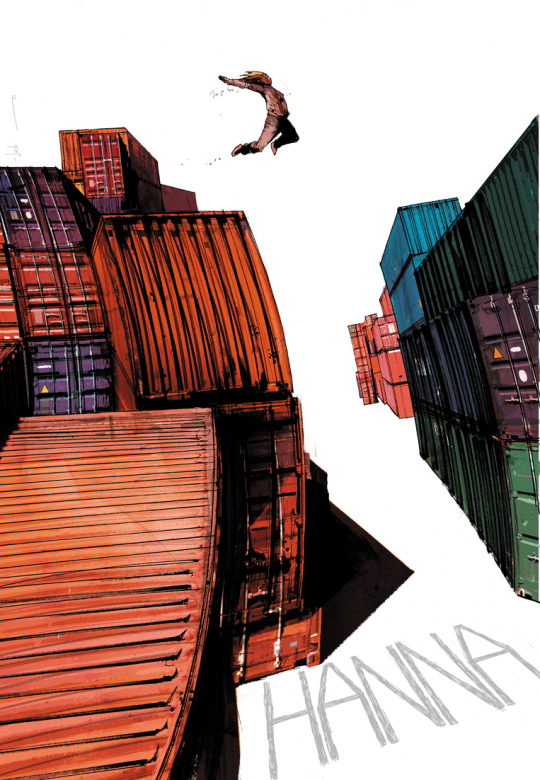 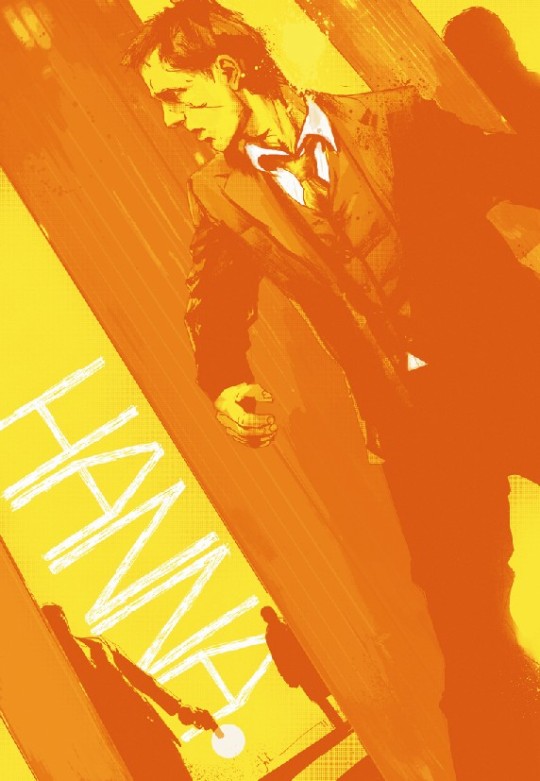 HANNA, starring Academy Award nominee Saoirse Ronan (The Lovely Bones, Atonement) in the title role.Raised by her father (Eric Bana of Star Trek), an ex-CIA man, in the wilds of Finland, Hanna’s upbringing and training have been one and the same, all geared to making her the perfect assassin. The turning point in her adolescence is a sharp one; sent into the world by her father on a mission, Hanna journeys stealthily across Europe while eluding agents dispatched after her by a ruthless intelligence operative with secrets of her own (Academy Award winner Cate Blanchett). As she nears her ultimate target, Hanna faces startling revelations about her existence and unexpected questions about her humanity.