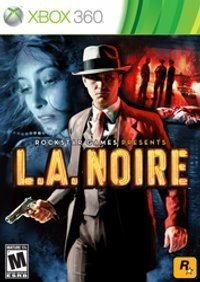 L.A. Noire is without question a major step in the video gaming industry. The trouble with that statement is that a lot of things can be major steps, without quite being a place to put your foot down in themselves.

The production was clearly a massive undertaking, and it shows in the superb look and feel of the game. Actors were filmed using state-of-the-art technology, not simply to film motion-capture elements of them walking around, and providing dialog, but also to film the slightest facial movements used for questioning during the game. A large part of the gameplay involves interrogation, and it’s up to you to decide if a character is telling the truth. Depending on the evidence you have, you can respond with doubt, and possibly get more information, or accuse them of lying, and throw the proof in their face.

The clues are not exactly subtle, which makes sense, because you don’t want to have to be Cal Lightman to progress, but they are impressive. The realism at this level is sometimes pretty phenomenal, sometimes rather silly (as it becomes blatantly obvious that a character is practically winking at you – “Dude, I’m lying.”) and watching characters twitch, roll or shift their eyes, and otherwise display their nerves when telling a lie adds a surprising amount of entertainment value to the whole affair.

Beyond that, the game looks gorgeous, giving you period-accurate Los Angeles, down to the smallest detail. It would simply be difficult to praise the looks of L.A. Noire too much.

On the other hand, as a game, it leaves quite a bit to be desired, and it seems pretty obvious that it is a direct result of trying to move so far into the realm of “interactive cinematic experience.”

Rockstar has some big shoes to fill here, and they obviously pulled out all the stops hoping to do so, but at some point you’ve focused all your attention on beauty, and left out all the flavor.

Much like Rockstar‘s other titles, Grand Theft Auto and Red Dead Redemption, you find yourself tooling around from plot point to plot point, free to explore a variety of side stories, and unlock bonus items. This time, you’re a cop working your way through the ranks, solving crimes, and slowly unraveling bigger picture nefariousness. You’re in the boom of Hollywood, fresh from the war, and you have grand ideas about making a name for yourself and putting away bad guys. 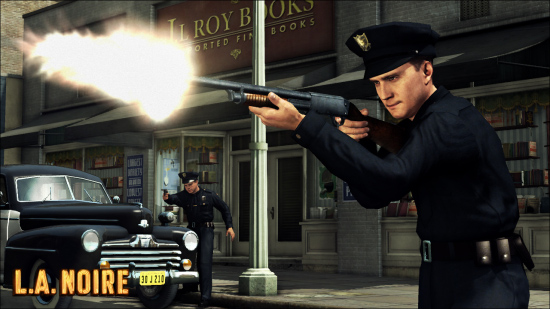 You start your career in a uniform, learning the ropes and chasing down the criminal element, but it isn’t long before you make detective, and get to start wearing snazzy suits (further options can be unlocked, with beneficial boosts among your possible wardrobe items).

As with other similar games (beyond Rockstar‘s own line, there is Mafia II, etc.), a cut-scene provides your starting point, and then you go to investigate the scene. Depending on what’s going on, you may have to duke it out with some ruffians, shoot some robbers, run down a fleeing suspect, or chase a car through the busy streets, hopefully without too much collateral damage. Unless you are at one of the many stops which are simply for information gathering.

When the smoke clears, you’ll have someone to question, a new lead to follow, someone trying to kill you, or a lot of wandering around looking for clues, but eventually it’s all about putting the pieces together, and figuring out who to finger.

You progress through fairly interesting stories, and get the low down on villainous activity, with each seemingly unrelated case building toward uncovering the grand and sinister plots of corrupt personages far and wide. There is certainly a sense in which things all play out rather wonderfully, but it is a sense that has really lost touch with the sense you’re looking for as a game player.

Sure, there’s a massive story, and you’re going to get a good number of hours playing through it, but it’s actually a lousy story, and one that oddly comes at you the wrong way around. Most glaring is the fact that the first big wave of the arc spends hours and hours building up to the most anti-climatic ten seconds in the history of storytelling. Beyond that, the overall story, which we get through the normal progression of gameplay and through cut-scenes you get from finding newspapers around the city, is presented in such a way that you are ten steps ahead of your character from start to finish.

You know exactly where things are going for the next four hours of your life, and now you get to slog your way through the tedium of proving things you already know. You aren’t really investigating anything, in the big picture sense, you’re just slowly making your way to the receipt (or whatever), so that you can say, “Aha!” 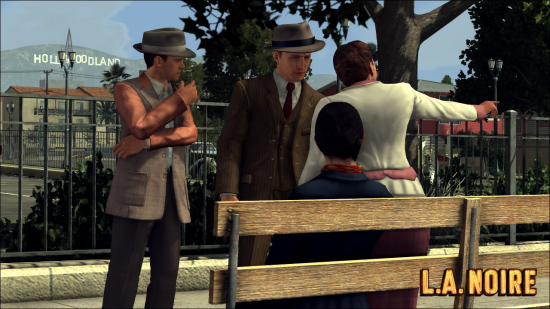 It is, in a way, storytelling by propinquity, which is of course rather common and popular (see LOST for an example of how to work this to perfection), whereby it doesn’t particularly matter how simple and boring the story may be, because we’ve made you spend a jillion hours with these characters, so you’re going to care about them.

Worse, the balance of gameplay is utterly lost. It gets to the point where it actually becomes rather tedious to try and get through, and the action elements are few and far between. They are also mind-numbingly simple, and the few “puzzles” are just gimmicks in order to say there was a puzzle in the game.

There’s an idea behind this genre of game, an idea that was brought to life rather brilliantly in Red Dead Redemption, and it is the idea of blending games and movies, with video games that are huge films, but the player gets to control the action and the course of events. Sure, cut-scenes and forced plot points ran much of the story, but it was near to the idea that you were watching a feature film, and controlling it to some degree. L.A. Noire is more like watching a feature film, but at ten-minute intervals the action stops and you are forced to read 50 pages of a novel before you continue. Perhaps an interesting idea, actually, but not a video game. 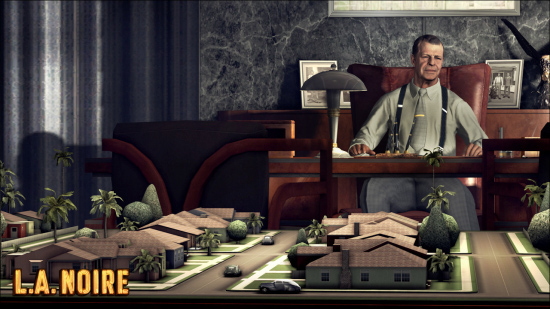 Ultimately, this is a strange stumble for Rockstar, but it conveniently won’t matter, because I actually want the game to do well (and it will). A couple of games down the road we are going to have something really incredible, but we aren’t there yet.

It’s really gorgeous, and technically it is almost unbelievably impressive, but much as with the case of those who try to defend Avatar by saying, “Look how pretty it is,” I just don’t really care, when it somehow manages not to be much fun.