Sucker Punch blew through theaters pretty quickly, and no amount of name-dropping helped either rake in money, or get any positive attention from critics. It landed with a final 10% fresh on Rottentomatoes.com from Top Critics, but is pretty obviously a film that people probably want to give more weight to the 53% fresh rating from audiences. If there’s any chance you’ll like this film, you probably know full well that critics, by and large, aren’t offering you clues to make your decision.

My full review, in which I – both love it and find it rather goofy, attribute most of the negative commentary it receives to the fact that the scantily-clad actioners are women instead of men, and ultimately give it four stars – can be found here.

You might have expected that Zack Snyder, of fan-favorite films Watchmen and 300, could have pulled in more viewers, but the critics were quick and severe, and the film looked severely odd. In fairness, it really is just about the craziest thing you’ve run into in quite a while, and even I, who gave it four out of five stars, think that a lot of what it has going for it is a particular spin on “so bad it’s good,” which is a tough sell.

Reaction to the film itself may be widely varied, and it certainly isn’t “for everyone,” but the Blu-Ray release has to be given high marks.

If nothing else, it’s a showoff Blu-Ray. It looks fantastic, with several key points during the film coming through surprisingly well, even for a Blu-Ray release. The darks, shadows, and washouts of interiors are gorgeous, and the details pop like few other transfers you’ll find. Perhaps more importantly, though not necessarily “Blu-Ray amazing,” the soundtrack is a big feature of the film, and everything about the sound will blow you away.

The Blu-Ray release includes an extended version of the film, which is on a separate disc, and it adds about 18 minutes to the film, and pops the rating from PG-13 to R. The extended version includes one dance scene, an extra bit very near the end, which mixes up the overall effect of the story a bit (let’s say), and a few odds and ends. It’s definitely worth viewing, and I imagine most will find it a superior version of the film, but it isn’t quite the sort of thing that makes for a whole world of difference.

You also get a Maximum Movie Mode option, which features Zack Snyder popping up picture-in-picture style to talk about scenes, show some behind-the-scenes footage, offer comparisons to storyboards, and generally discuss what he was going for during certain sequences. 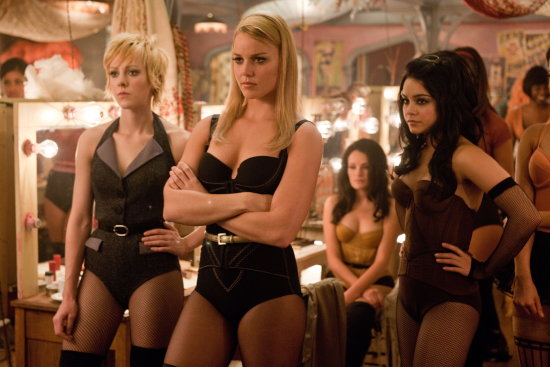 I am generally torn by these features, because I want them to deliver something that is the next step up from commentary tracks, and create an interesting experience with the film, but they often end up nothing more than an irritating way to watch featurette clips that I would probably rather watch separately. This one is a bit better than average, and provides the most interest when it mirrors most what a Snyder commentary track would probably include. The behind-the-scenes and production/storyboard comparisons don’t do as well. Overall though, this one if more fun than most.

Beyond that, you get four animated shorts which claim to be of the “prequel” variety. They are actually very slick efforts, and take you through the four fantasy “worlds” featured in the film. I’m not sure how much story value they really give, prequel or otherwise, but they are entertaining bits of bonus.

Finally, you get a quick look at the soundtrack, which is mostly marketing effort, and very little “Behind the Soundtrack,” but it is actually pretty good for what it is. The soundtrack is, at least theoretically, a huge part of the film experience here, and even this short look at the music is worthwhile.

Wherever you land on the film, it’s hard to argue that the Blu-Ray itself is five stars. It may look at first glance like there could be a longer list of bonus features, but there is a lot packed into the Maximum Movie Mode, and all of it given to you by Snyder. 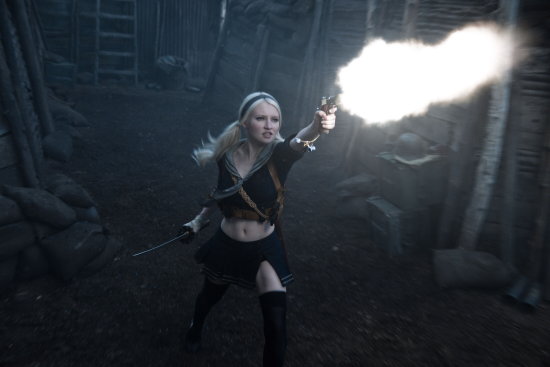 U.S. only. Winner will be randomly selected on July 16th – and notified via Facebook message.