Well, here’s my list of the worst movies ever – the ’00s edition, just because. If you’ve been following me for any length of time, you probably know that I’m not a fan of lists. The best of the year lists are something of a mandatory enterprise at this point, and I have several other efforts at best of something lists (mostly as a result of dares), but I don’t like them. They don’t make a lot of sense, especially where numbering is concerned, and they don’t actually deliver any great value. Of course, they do deliver in the one sense that they are a good way to get a feel for a critic’s tastes, but beyond that, they are a kind of industry in-group nonsense.

Worst lists, are even worse. They also have more baggage built into them. For one thing, to be included in the list, you have to admit you’ve watched the thing. Thus, there are clearly worse movies than any on this list, but I get to call my own shots, and there are movies I won’t watch for love or money. I suppose you can take that into consideration.

Plus, who cares? I mean, there’s no draw to figuring out the worst movies, much less telling people what they are and/or looking to find out what critics think they are, no matter how popular the Razzies become. It’s just stupid. You know what movies are stupid, and why look for a list of them?

This list makes its way to you mostly as a result of a conversation which spun out of control, and the fact that there aren’t actually all that many Worst of the Decade lists. On the other hand, it also comes to you largely by way of the fact that a lot of people who do have such lists have either forgotten about a lot of movies, liked a lot of movies that were awful, or otherwise sandbagged the thing.

That said, there are movies on this list that a lot of people love and/or wouldn’t see as legitimately included on a list of the worst movies of the decade. As there are many aspects of a film to take into account when deciding on the best, so too there are many ways in which something might be deemed among the worst. Chief among these, to me, is when a movie is calling the audience stupid. A number of movies with big names involved fit into this category. Plus, good, bad, mediocre, or whatever else, the existence of some movies just pisses me off.

Thus, here you’ll find, probably, the worst of the decade list with the most movies you’ve seen, as opposed to just the movies you scoffed at upon release, and didn’t bother with.

There are 40 of them, and these are in no particular order, except insofar as they are in the order I found them in my Flickchart.com list. That’s not as telling as it ought to be, because I seem to only get the option to rank them against movies that are much better, so the order of the worst doesn’t move much.

Although, I will say that rottentomatoes.com got it right, and the number one worst movie on this list is Ballistic: Ecks vs. Sever.

Also, please continue with the list via the page numbers you’ll find at the bottom. Displaying this all as one page takes a long time to load, so I spread it out.

(The titles link to the IMDb.com pages for the films)

Worst Movies Ever The ’00s

Imagine having a film with DeNiro and Pacino, not to mention some interesting supporting cast members, on your worst movie list. It’s practically blasphemy no matter how bad the movie is. The trick to this one, and it isn’t nearly as bad as many others on this list, is that while you want to be very mean to these legends for being involved in this shlock-fest, nonsensical police drama, it’s hard to do, because you can see where it probably looked fairly decent on paper. The synopsis doesn’t sound so bad, but this is one of those films that only has any chance at entertaining an audience, if they’ve never seen any other movies before. It’s insultingly trite, boring as hell, and absolutely laughable in its delivery. 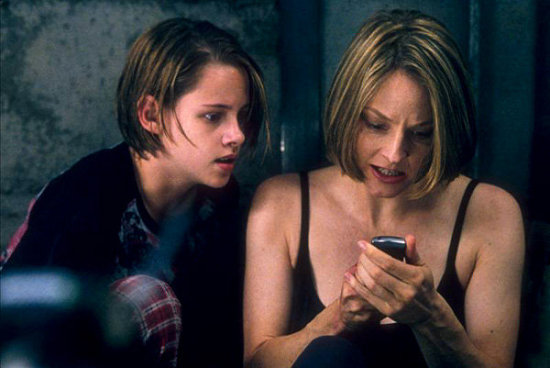 David Fincher, Jodie Foster, and Forest Whitaker aren’t supposed to be names associated with such garbage, but this one takes ridiculous storylines to new heights. What’s truly funny about the film is that it’s almost a spoof of itself and/or it’s own, strange sub-genre. Back in 2002, when this came out, there was a little run of films that revolved around equally stupid ideas, some of which succeeded, because they took a goofy concept, and surprisingly worked some magic on it. The self-spoof is obvious, but Panic Room is possibly best appreciated as an effort at mocking the whole genre. See… you think you’re working something into the idea, but it’s still really stupid. How stupid? Watch this…

Of all the disgustingly sappy, preachy movies of the decade, of which there are many (several of which involve Kevin Spacey), Pay it Forward takes the cake. The new primer on being viciously insulting to your audience, this is a film that acts like it invented the Golden Rule, and needs to spell out the idea to you, repeatedly, and in very simple terms, because you are obviously a moron.

Possibly the best film on this list (that’s an award someone is after, surely), or at least the one with some pretty decent acting going on, there is still a disturbing undertone of unapologetic silliness at play. It’s not quite calling you stupid in the way many others are, but just the fact that it thinks you’ll fall for this brainless mash of goofiness is insulting. On other hand, quite a lot of people like it.

The Hottie & The Nottie

Joel David Moore (one of my favorites from Bones) is the unfortunate victim of this mind-blowing garbage thrown together to capitalize on a mild popularity upswing Paris Hilton enjoyed. A story that, with a lot more effort, has played fairly well, and will again. This is the version by, for, and about people who don’t really give a crap. It has the curious bonus of being very watchable (in a sort of Showgirls sense), because even among bad movies, it’s rare to see this level of acting inability.

Envy is actually a pretty interesting title, just insofar as the ability of all involved to scrub its existence from the collective psyche. Seven years later, the general recollection of the average movie-goer is that they heard of it once, but don’t remember it actually getting released.

One hopes this is some contractual obligation nightmare, especially as Stiller and Black were both in rather comfortable places in 2004 (or 2002 when the movie was shooting), and the inclusion of Rachel Weisz and Christopher Walken helps support the idea. How such names otherwise became involved in a poop spray film with absolutely nothing funny going for it (barring severely drunk audiences), is a mystery.

On the other hand, the budget of the film is reportedly $40 million, and it looks like about $100,000 went into the actual production, so that might be your answer.

Snakes on a Plane

You want to give this one a bit of latitude based on the fact that it’s charging out of the gates with its stupidity. It’s not trying very hard, and it’s just a lark really, but this one doesn’t make it even on that level. It might have won out on a goof factor, but Final Destination 2, The Final Destination, and Cellular director David R. Ellis seems very serious.

Jay and Silent Bob Strike Back

This one is just insulting in a variety of ways. Kevin Smith managed the brilliant Clerks, and then immediately lost touch with everything that made Clerks good. It wasn’t enough to throw Mallrats and Dogma at us (nevermind Jersey Girl), now he’s just unsure who he’s making fun of, and who he’s calling stupid. So instead of trying to work it out, let’s just get really drunk and write some shit down.

This could be Reloaded or Revolutions. Hell, the picture above could be from either as well. Who knows? The first film was a sort of play on a philosophy koan, was delivered with style and flash, and seemed impressed with the question. The second two are a nice example of what happens when someone takes Philosophy 101 and half-way through the course decides they know all the answers. The small saving grace is that this isn’t a movie that is calling you stupid, it’s just stupid. Unfortunately, it doesn’t even listen to its own drivel in order to piece together coherence.

Indiana Jones and the Kingdom of the Crystal Skull

The topic of much debate, here and throughout the web, mainly as a result of Roger Ebert’s review, this is among the worst examples of filmmakers calling people stupid that has come along in quite some time. Nevertheless, Ebert thought it was absolutely smashing, and went so far as to actually praise the fact that it was moronically stupid. Hooray.

Alone in the Dark

Unfortunately, this one stars Christian Slater, who I hate to have on this list. The film has become a certain phenomenon in the arena of having people go to great lengths to describe every which way that it sucks.

It’s hard to know what anyone involved was thinking with this one. Like many others on the list, you’d expect better. It’s almost like a drunken dare that you found you’d signed a contract for, and had no way to get away from. Almost stupid enough to come full circle and turn into a “so bad it’s good” effort, except that there isn’t anything funny in it, and no one seems to care.

Easily one of the most celebrated bad movies of the decade, “Gigli” nearly became a term referring to a horrible mess of a film. It might have caught on, except that it sounds too stupid, and doesn’t quite roll off the tongue. You could really include everything with Jennifer Lopez on the list, but why bother?

Please continue on using the page numbers below.