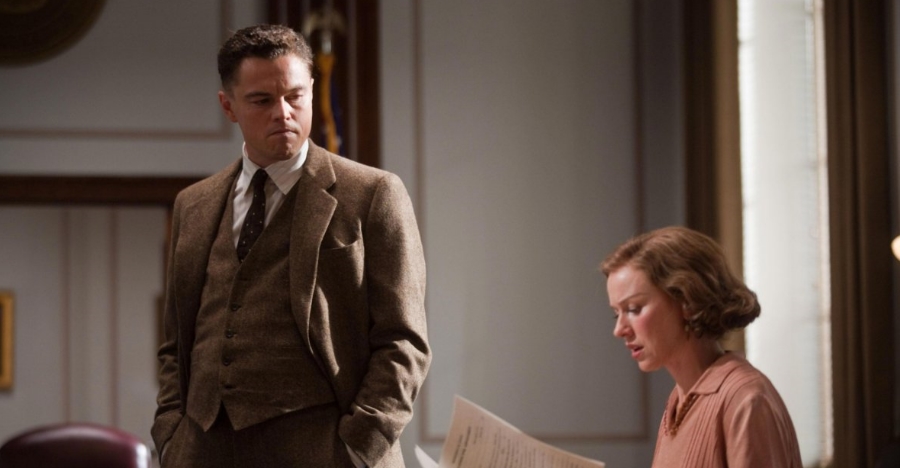 When undertaking the task of translating the life of a famous historical figure for the purpose of cinema, discounting adventurous “left field” attempts such as Todd Haynes’s Bob Dylan biopic I’m Not There, there are basically two approaches to take: the micro and the macro.

The micro approach selects a defining moment in the said protagonist’s life and puts it under close scrutiny, so that we may get a better understanding of the man (or woman) through their actions in some crucial period of their life. The macro approach seeks to find an all encompassing view of the human being by tracing their origins (either from birth or some adolescent period), all significant relationships and events in their life, and the legacy left after their death, fashioning an underlying theme to tie together the hero’s existence like a pretty ribbon atop a Christmas present.

A great illustration of the micro biopic is Lawrence of Arabia. Although the film does start with his death and funeral, we do not see T.E. Lawrence age before our eyes, nor are we privy to his early childhood or the nature of his relationship with his parents. All we are shown is a particular moment in the man’s life (in this case, Lawrence’s adventures and delusions in WWI-era Arabia) and his reaction to these events. Any explanation for the man’s personality before or after these events is not given.

A prime example of the macro approach is Taylor Hackford’s Ray Charles biopic Ray. In Ray, like the Ghost of Christmas Past, we tour Ray’s entire life. From his traumatic childhood (including the beginning of his blindness), to his rise to fame, to his drug and womanizing habits, to every important relationship in his life, we watch Ray age until he’s an old (and inevitably “wiser”) man and make all the rounds on the way there.

By stacking the deck and comparing Lawrence of Arabia to Ray, I’m afraid I’ve shown my hand in which side of the micro vs. macro debate I’m on. While there are always exceptions, in this humble reviewer’s opinion, the micro approach has some undeniable inherent advantages over the macro approach. For one, the macro approach’s implied notion that the very essence of a man’s life can be summed up in a few key events in the matter of a couple of hours on screen is a bit offensive to someone with existentialist leanings such as myself. The macro approach also tends to have the unintended (at least I think it’s unintended) consequence of being patronizing towards its audience, assuming that without being told so, the audience would not be able to draw any thematic resonance through the events of protagonist’s life.

The micro approach on the other hand respects its audience enough to let them draw their own conclusions, as well as honoring the subject’s life by not boiling down his/her existence to a catch phrase or line of dialogue. Instead it seeks to capture one aspect of the human being honestly, thereby celebrating the individual as a living entity (whether they have passed on or not), instead of memorializing them as some mythical historical creature. This is why it pains me to report that, unfortunately, J. Edgar is firmly in the macro camp.

The fact that the film is this scatterbrained is bad enough, but it doesn’t help that the non-historical aspects of the movie are terribly executed. The latter half of the film is particularly preoccupied with exploring the relationship between J. Edgar and his right-hand man, Clyde Tolson (Armie Hammer). The relationship between these two men is a controversial one, some believing it to be a full-blown homosexual partnership, while others just describe the two as very dear friends. The film pretty much takes the side of the former, portraying the two as sexually repressed partners, but frankly the historical accuracy of their relationship is beside the point.

The film abuses the notoriety of homosexuality in the early 20th Century for its own exploitative purposes, never genuinely delving into details of their complicated relationship, but throwing together a formulaic love story for the simple fact of questioning J. Edgar’s sexuality. This abuse culminates in the film’s worst scene, taking place shortly after his mother’s death. I won’t get into the specifics of the scene, but its sanctimonious, melodramatic nature, betraying the intended importance of the scene to the filmmakers, instead comes off as laughably hokey, and even a bit juvenile.

While I’ll admit there is some poetic justice to the man who popularized bending the law to see justice served as “Dirty Harry” Callahan directing the film about the man who did the same in real life, J. Edgar Hoover, Clint Eastwood is clearly in over his head with this material. While I admire parts of Eastwood’s oeuvre as a director, subtlety has never been his strong suit. Even in his so called masterpiece, Unforgiven, the film’s themes are painfully obvious, and the lack of tact in delivery of message is an unforgivable sin in J. Edgar. Eastwood’s insistence on well-rounded characters, whose flaws are always explained away from some hardship in their life, is also an annoyance that is a significant setback for the film.

In terms of aesthetics, Eastwood’s penchant for working in desaturated colors gives J. Edgar the feel of a gray make-believe dream world. My guess is the decision was made as a guard against potential criticism of anachronism in the film’s art direction (as this seems to be a common choice for modern cinematic interpretations of yesteryear), but the result just feels inauthentic. If this trend continues, kids in the future will likely believe that color was an invention of the late 20th Century.

The film does have a reliable anchor in its lead performance from Leonardo DiCaprio. It’s true that DiCaprio slips in and out of the accent, but acting should first and foremost be about creating a character, not mimicry, and in this department DiCaprio draws you into the world of J. Edgar Hoover. Compared to other performances of famous historical figures, DiCaprio’s turn as J. Edgar Hoover will not go down as one the greatest in the history of cinema (it falls short of say Philip Seymour Hoffman as Truman Capote, Robert De Niro as Jake La Motta, or even DiCaprio’s own performance as Howard Hughes in Martin Scorsese’s The Aviator), but its a solid performance that affirms DiCaprio’s spot as one of the best in the business.

As for the rest of the cast, the performances are hit and miss. The actor with most screen time beside DiCaprio is Armie Hammer (famous for his double performance as the Winklevoss twins in last year’s The Social Network), and while his performance starts on a high note, as the film progresses and increasingly indulges itself in melodramatic fetishism, Hammer’s performance devolves into histrionics. Eastwood is famous for his laid back approach to handling actors, but a little more guidance would have done a world of good in this case.

J. Edgar Hoover had a fascinating life, a life that is inevitably intertwined with history of America. When the film J. Edgar focuses on this history, it’s a compelling tale that highlights the positive aspects of the biopic genre, but when the film strays from this narrative, it exemplifies all the worst habits of the genre that give legitimacy to everyone who routinely deride it as “awards bait”. I am still convinced a great film about the life of J. Edgar Hoover can be made, but J. Edgar is not that film.