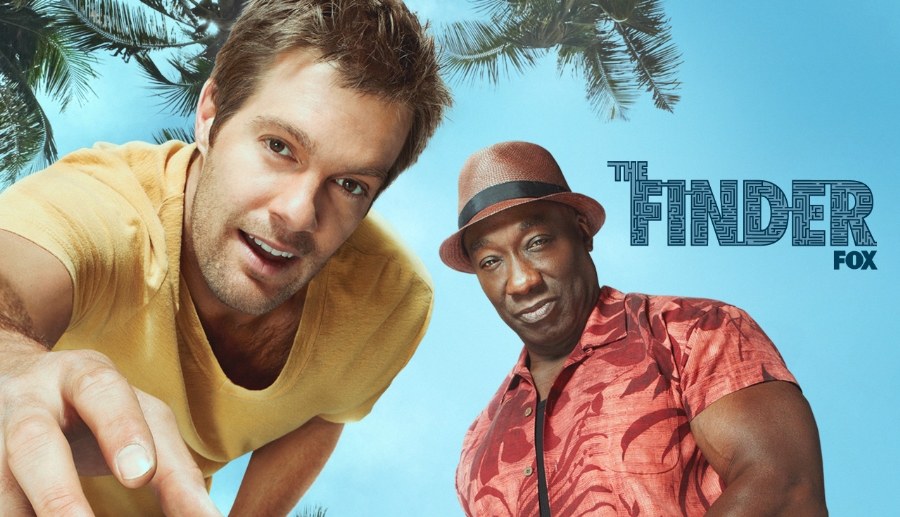 A couple of FOX‘s big shows, mainly Bones and Fringe, have outstayed their welcome really, but Bones is at least trying to provide some more entertainment for its fans, sort of. Billed to some extent as a spin-off, despite having no justifiable claim to the idea, The Finder may nevertheless turn into a hit based on some theory we might connect to the general idea of spin-offs.

Generally speaking, having a show put together already, and then having characters from that show guest star on an already existing show does not magically turn the new show into a spin-off. However, there is something about The Finder that works as a kind of perspective spin-off. Much like Bones during its first couple of seasons, The Finder is in the category of “hopefully crazy enough to work.” Pieced together with elements that connect it to the general crime drama, but centered around a unique spin that is completely goofy, The Finder is clearly at least some sort of child of Bones.

Geoff Stults gives a wonderfully quirky performance as Walter Sherman, aka The Finder, a one-time military man who has been given the gift of being able to find anything… apparently. According to the show, this gift came his way by virtue of a serious head injury, and this fact, coupled with his increasingly eccentric behavior, has some people rather concerned for his well-being.

Not among the concerned is his right-hand man, Leo Knox (also managed well by the often undervalued Michael Clarke Duncan), who came to his position when Walter “found” him, and just in time.

With his base of operations being a bar in the Florida Keys, the locations alone make for a decent amount of fun, and provide the perfect backdrop for the less-than-normal routine that makes up Walter’s curious modus operandi.

My one nagging doubt about the show is that the case at the center of the pilot might not be the perfect choice. It still involves all the fun that the show will hopefully capitalize on, but the case itself feels more like something we would find a few episodes in, as opposed to the sort of thing that manages a good deal of establishment on its own.

The show gets most of its potential from the pure appeal of Walter (and Stults) as an almost uncooperative genius. Often hesitant to take cases, because people don’t really like the fact that he actually will find anything, Walter is fanatic once he does, and will find what he’s after, or die trying.

It’s all pulled together with a wry, sarcastic brand of humor, and like Bones, it’s focus is on how a completely different perspective interacts with the rest of humanity. Dissecting the show in this way ultimately connects it to some other hit shows (Monk springs to mind), and it deserves the comparisons it manages in this way, because it has that curious something that sucks you into the character far more than any examination of the episodic plots could ever explain.

This is probably in most people’s uncertain category, but if there’s one show of the winter season that is worth giving a chance, this is it. Trust me, you won’t be sorry you caught this one.

Iraq war veteran WALTER SHERMAN (Geoff Stults, “She’s Out of My League”) gained a reputation while serving in the Army Military Police as someone who was very good at tracking down insurgents, deserters and improvised explosive devices (IEDs). Unfortunately, Walter found one IED just moments before it found him.

Two months later, when Walter woke from his coma, he earned an honorable discharge and returned home. His resulting brain damage from the explosion transformed him from someone skilled at recovering people and things into something much more extraordinary: a Finder.

From the creator of the hit series BONES comes THE FINDER, the new one-hour procedural centering on a remarkable man who uses his unique gift to help others recover what they’ve lost.

Walter may have left the military, but his reputation as a discreet professional who can unearth anything and anyone has been passed on to generals, politicians and other powerful figures. His first post-military assignment was to find the CIA head honcho’s missing daughter and bring her home. Walter did both, and since then has never been without an assignment.

After settling in Key West, Walter met the beautiful and worldly IKE LATULIPPE (Saffron Burrows, “Law & Order: Criminal Intent”), a woman with a mysterious past and many hidden skills. She tends bar at The Ends of the Earth, which also serves as a makeshift office and home base for Walter. Walter helped Ike escape a dangerous life, and for that, she is eternally grateful. Another island denizen dedicated to Walter is LEO KNOX (Michael Clarke Duncan, “The Green Mile”), once an obese lawyer who, after the deaths of his wife and children, completely reinvented himself into a gentle giant, philosopher and Walter’s legal advisor.

Because of his skills, Walter is often asked to find a person or a thing that law enforcement either will not or cannot find. With the help of Ike and Leo, as well as a patchwork of indebted connections, he and his team ultimately find meaning in their own lives by finding something or someone other people have lost.

THE FINDER is a production of 20th Century Fox Television. Hart Hanson (BONES), Dan Sackheim (“Lie To Me”) and Barry Josephson (BONES) are executive producers. The series is created and written by Hanson. Sackheim directed the pilot.