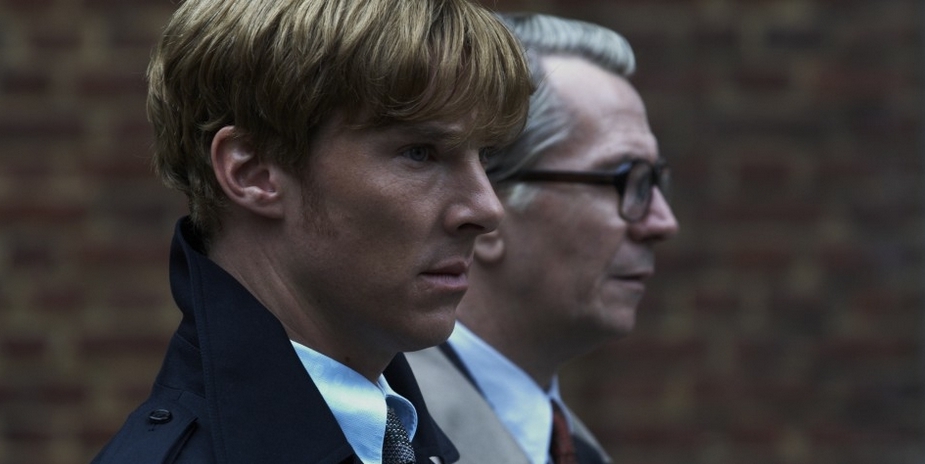 I have a great giveaway for you today. You’ve got a chance to win one of three copies of my pick for Best Film of the Year, Tinker Tailor Soldier Spy.

Not only an amazing ensemble cast, performing at their best, but a brilliant translation to screen, and one that should serve as a point of reference for how to manage the task. With a haunting visual style, and almost unprecedented ability to create tension without needing to use action, the film (much like the book) blows most everything else that is remotely connected to spies out of the water.

Plus, the Blu-Ray has some bonus features that fans will love, including – A “First Look” featurette, an interview with John Le Carre, and a feature commentary with director Tomas Alfredson and Gary Oldman.

Check out a special feature below, and get your entry in.

At the height of the Cold War, Britain’s Secret Intelligence Service (SIS), a.k.a. MI6 and code-named the Circus, has been compromised. An ever-watchful former top lieutenant and career spy, George Smiley (Gary Oldman, The Dark Knight, Harry Potter and the Order of the Phoenix ), is called out of retirement by the government to help identify and track a suspected mole at the top of the agency. The list of suspects is narrowed to five men. Even before the startling truth is revealed, the emotional and physical tolls on the players enmeshed in the deadly international spy game will escalate…

Although the Cold War ended in the mid-1980s, it remains a popular topic in films. With the DVD, Blu-ray and On-Demand release of Tinker Tailor Soldier Spy, we will countdown a list of the most gripping Cold War films that released in recent years, including Shutter Island and X-men: First Class.

Answer the trivia question at the end of this feature in order to be entered in to win a copy of this film!

Shutter Island, a psychological thriller by Martin Scorsese that’s based on a book written by Dennis Lehane of the same name. Set in 1954, in the heart of the Cold War, a conspiracy theory in every corner, Leonardo DiCaprio plays U.S. Marshal Teddy Daniels who is sent to Aschechliffe Hospital for the criminally insane on Shutter Island, along with his new partner Chuck Aule, to investigate the disappearance of patient Rachel Solando who was incarcerated for drowning her three children. As their investigation progresses, they uncover clues that reveal nothing is what it seems.

X-Men: First Class is a prequel to the X-men trilogy and set primarily during the Cold War and the Cuban Missile Crisis. The plot focuses on the friendship between Charles Xavier and Erik Lenscherr and the origin of their two groups: the X-men and the Brotherhood of the Mutants. Though the film is mainly about the mutants’ beginnings and the different ideologies of their group leaders, the mutants find themselves not only against villainous mutants but the battle between the Americans and the Soviets amidst the Cold War.

Miracle is an inspiring biographical sports film that took place at the tail-end of the Cold War and told the story of the 1980 US Olympic Mens ice hockey team who took home the gold medal in the 1980 Winter Olympics, as lead by their head coach, Herb Brooks. The team’s victory against the heavily favored Soviet team was dubbed as a “miracle on ice.” Brooks’ strategy in winning the gold was to rethink the way the US team approached the sport, throwing out game plans that NHL and colleges across the nation had used in the past. Instead he built a team from 20 guys across the country and molded a team that will eventually defeat the Soviets.