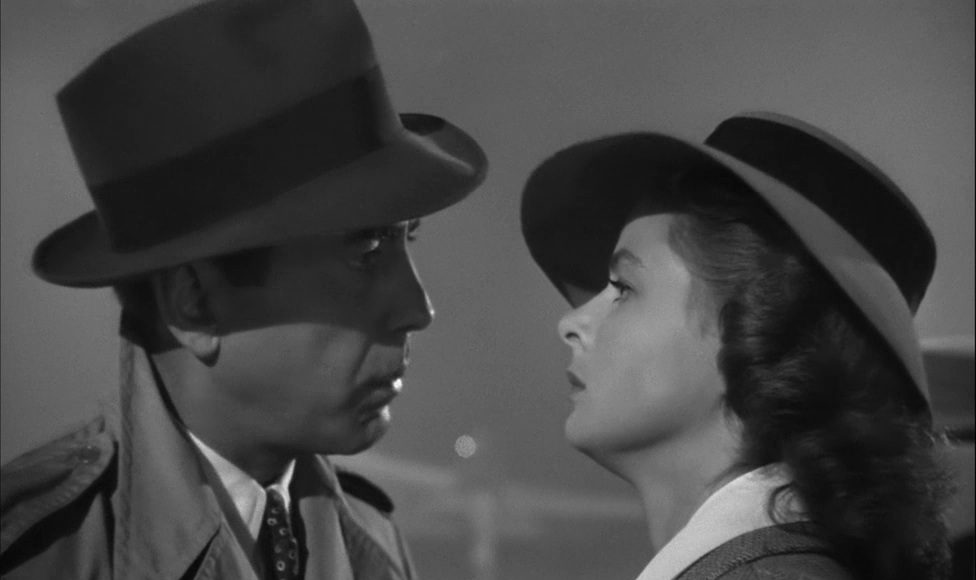 There are bigger movies, and there are better movies, but few movies have become the go to selection when throwing out favorite or best film titles, and fewer still have become as synonymous with Hollywood itself. A film that was famously released without a great deal of expectation coming from anyone involved with its creation, it has become not only an icon of the movie industry, but an inescapable part of American culture.

The Casablanca 70th Anniversary Edition adds even more bonuses to watch, plus some physical goodies, making it a must buy, and great gift, especially for anyone who hasn’t broken down and taken the title home before.

While that’s understandable, this one takes things to another level, adding not only a decent package of bonuses, but a new transfer. The 4K 1080p we get here renders the film simply amazing to view, especially considering the age of the film, and if you have a screen and system to take full advantage, you’re going to be impressed.

Not only is the overall clarity pretty well beyond reproach, but we now get a much better viewing of the contrasts and shadow that obviously make up so much of the film’s overall ability. Notably improved over the last release are the final fifteen minutes or so (as you might expect), which simply deliver better.

As far as the new bonuses, on the video end, there are two new featurettes/documentaries –

Michael Curtiz: The Greatest Director You Never Heard Of, which is a bizarre kind of mistitle (depending on who we may be talking to, I suppose), because he’s nothing like the greatest director no one has heard of, and everyone has heard of him. The featurette delves into his career, and to a certain extent gives a kind of “the life of a director back in those days,” spin to things. It’s nicely put together, and gives a lot of information, for those interested in such a feature, and is probably worth watching for most just to run through the times, whether we pay attention to the director or not.

Perhaps not as well-known as he ought to be today (considering such things as Captain Blood, Kid Galahad, The Sea Hawk, Yankee Doodle Dandy, Mildred Pierce, and White Christmas, just to name a few), his career is obviously worth exploring, but he’s hardly the director no one knows.

Our other new documentary, Casablanca: An Unlikely Classic, provides a lot of detail on just that subject. A must-see for fans and newcomers alike, this is a great exploration of how things simply came together, and details several ways in which the legendary status of the film is as much happy accident as anything else.

The release comes in a very nice package, and also includes some collectibles created specifically for this release. Best is the 60-page production art book, which fans will love, especially because it includes some never-before-seen photos, along with some memos and other documents of varying interest. You get a reproduction of the 1942 film poster, and a set of coasters from “Rick’s Café Americain”.

That’s already a pretty good collection of material, but the release naturally includes all the bonuses we’ve seen before (see below for the full list), and many of them are treasures in themselves. Beyond simply included bonus material, the film can be played in “Night at the Movies” mode, which kicks you off just as audiences would have watched the film originally, with newsreel footage, trailers and so on. It may be a bit much for some, but it’s a cool addition.

You also have two feature commentaries, one by Roger Ebert, which is worth the price of admission alone, and one with historian Rudy Behlmer. Behlmer’s commentary received a fair amount of acclaim when it was originally released, and though not as interesting to movie buffs as Ebert’s, it does a great turn for Casablanca buffs.

The rest of the list is really too much to detail. The two 2008 documentaries, both diving into the Warner Brothers story, are solid, though with a more limited scope of interest among purchasers. You also have deleted scenes and a collection of other, similar fare, but when it’s Casablanca even these sorts of novelties are hits.

Overall, this is one that might easily have been a less than worthwhile retread, especially considering how close we are to the last release, but this isn’t just a churned out release because we have an interesting number we can put on the Anniversary box.

As I said, for a lot of people the new transfer will be the real sell, but if you know someone who hasn’t upgraded to a Blu-Ray edition of this yet, there’s a lot to this package. The upgrade from the Ultimate Edition release might still be questionable, but under any other circumstances this is a great set.

This new limited and numbered gift set edition, perfect for Mother’s Day gift giving, will introduce two never-before-seen documentaries – “Casablanca: An Unlikely Classic,” and “Michael Curtiz: The Greatest Director You Never Heard Of.” The new documentaries will complete the most extensive collection of content in one gift set — more than 14 hours of bonus material that also includes a compilation of three comprehensive feature length documentaries: The Brothers Warner, You Must Remember This: The Warner Bros. Story and Jack L. Warner: The Last Mogul.

The Casablanca 70th Anniversary 3-Disc Blu-ray + DVD Combo Edition looks like another beginning of a beautiful friendship as well — elegantly packaged in a double-wide giftbox, with brand-new collectibles created for this release including a 60-page production art book with never-before-seen photos, personal memos and archival documents about the production. A reproduction of the original 1942 film poster and a set of four collectible drink coasters from “Rick’s Café Americain” in a special keepsake box.

Special Features for Hours of Entertainment