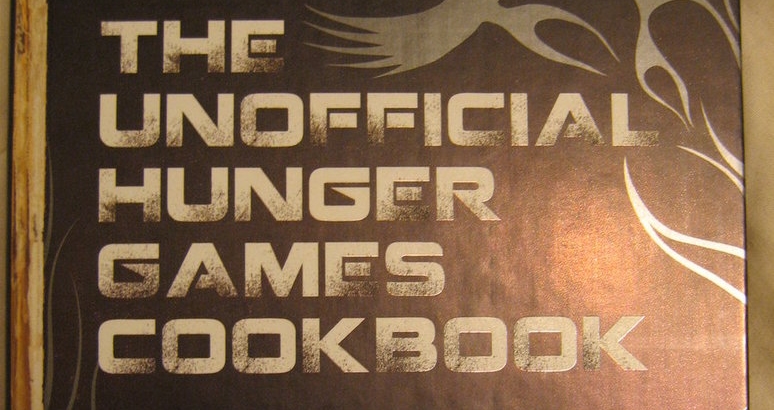 The Hunger Games and Game of Thrones are on everyone’s mind right now, and I have a cool giveaway for the fan or your life… or you, of course.

Two cookbooks have hit recently, and more than just a great gift idea, they’re really interesting efforts, with some great ideas. The Game of Thrones book even includes an assortment of alcoholic beverages.

The Hunger Games book features a wide variety of foods, from lamb stew, and other offerings that might be on the menu in District 12, to the delicacies and delights of the capitol. The book also has a nicely broad range of the simple and the complicated, and it’s put together in an eye-pleasing format.

The Game of Thrones book leans a lot more toward things like venison, grilled pork chops, and meat pies, but also mixes in breads, treats, and other items to create variety.

The cynical might suspect that we’ve just slapped some themed names onto recipes, and that may be partially true, but most of the entries have some kind of spin that makes them unique, and actually connects them to the title. Beyond that, the combination of entries isn’t something you’re going to find anywhere else, and grilled pork chops are grilled pork chops, but interesting meat pies are a different story, and some of these recipes include… well, more interesting game.

I’m nothing like a legitimate critic of cookbooks, but I know what sounds good, and these books both offer up more than 150 recipes, most of which really look tempting. They also combine for some great meals, and will make for some great parties.

Check out some more info below, and then enter to win. 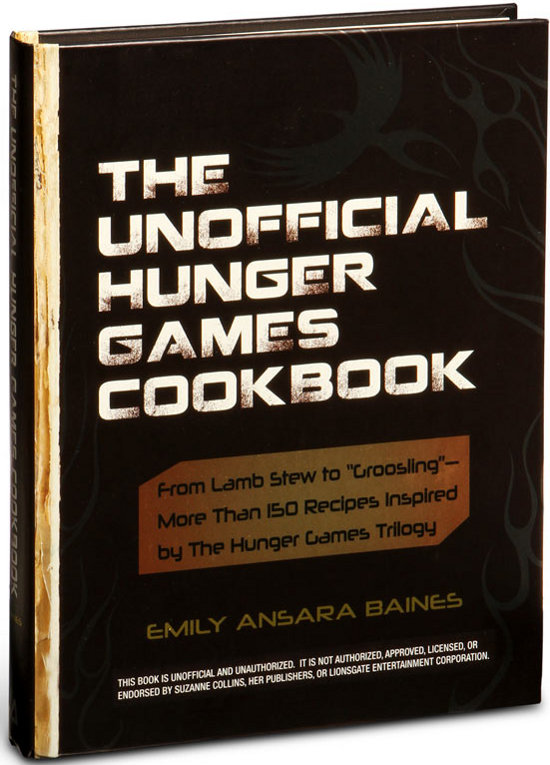 The Unofficial Hunger Games Cookbook: From Lamb Stew to “Groosling” – More than 150 Recipes Inspired by The Hunger Games Trilogy:

While the residents of The Hunger Games trilogy’s Capitol gorge themselves on delicacies and desserts to their heart’s desire, the humble districts fight for sustenance: Katniss and Gale hunt live game, Peeta’s family survives on the bread they make, and the inhabitants of the Seam work twelve-hour days for a few handfuls of grain.

The Victory Feast of The Hunger Games is the true reward for the ultimate fight for survival – filled with course upon course of delicious delicacies, rich stews, savory meats, and mouthwatering desserts!

From these extravagant meals of the Capital, to the poor, but deliciously creative District 12, The Unofficial Hunger Games Cookbook collects recipes from the popular trilogy, including Katniss’s favorite lamb stew, French bread from the Mellark family bakery, and the decadent Capitol-Grade Dark Chocolate Cake.

If you’re starving for more from Katniss, Peeta, and Gale, this cookbook is sure to whet your appetite! 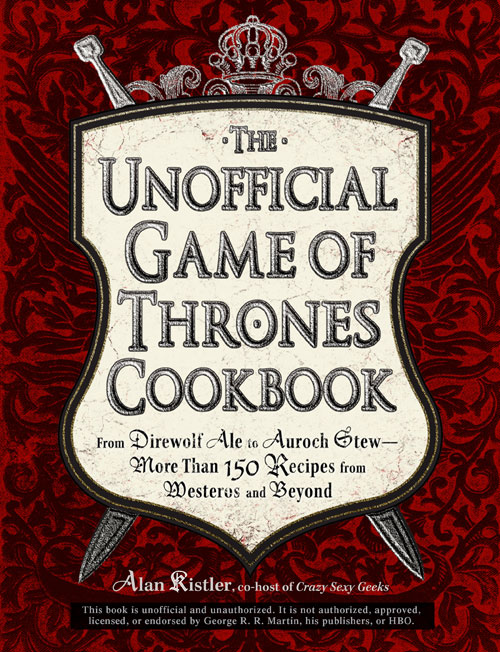 The Unofficial Game of Thrones Cookbook: From Direwolf Ale to Auroch Stew – More Than 150 Recipes from Westeros and Beyond:

Eat like a Lannister. Brew spirits to warm you in the coming winter. Treat guests to exotic sweets and alchemy-inspired cocktails. With this collection of hearty meals inspired by George R. R. Martin’s A Song of Ice and Fire series, it’s all possible! Every dish finds its roots in the pages that brought Westeros to life, including:

Feast your imagination on entrees, desserts, snacks, and drinks that will make your fantasies a reality!