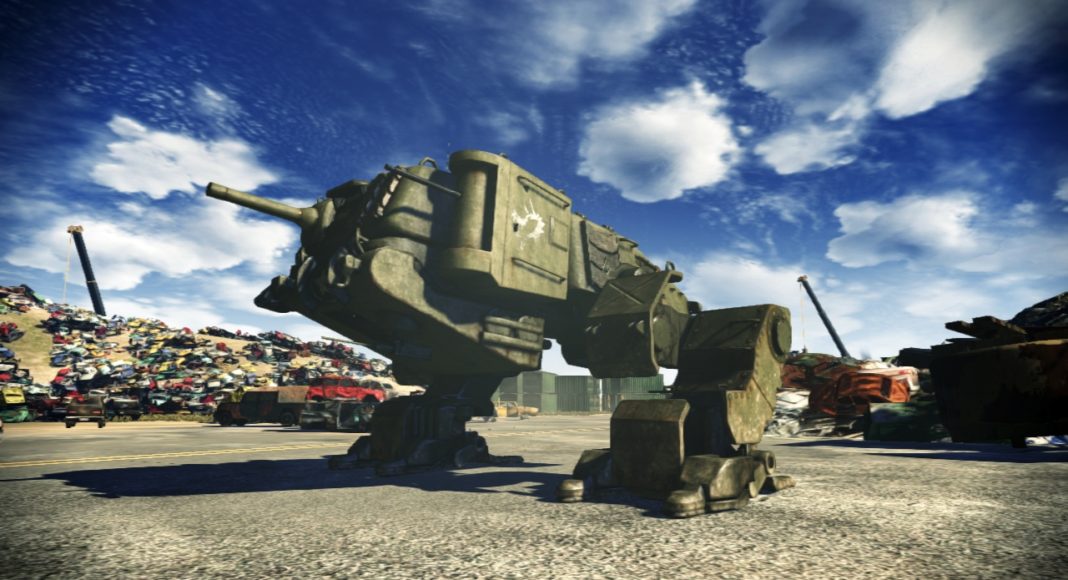 June 19th is a date to mark for those interested in war-based video games, as Capcom releases Steel Battlion: Heavy Armor. The wild and wooly style war vehicle largely stars the VT, or Vertical Tank, and today they’ve released a video that runs you through the training process, which obviously goes over all the different ways to control the VT… well, and blow it up.

The game incorporates Kinect control, and while the video doesn’t give you a great idea of what’s going on exactly, it looks pretty cool. Check it out below, and if you happen to be headed to PAX East, check out some info on the offerings there as well.

Everyone attending PAX East in Boston from April 6 through April 8 will be able to play the game for the very first time. Players can try out the Manhattan Beach Landing at the Capcom booth (#950), while a brand new exclusive mission set in downtown New York is playable at the Microsoft booth (#524).

Set in 2082, Steel Battalion Heavy Armor depicts a world devoid of computers, where war is waged with rudimentary weapons as new superpowers struggle for dominance. In this low-tech era, there is one weapon class that will determine the course of the war – the Vertical Tank. Players take on the role of VT pilot Sgt. Powers as the battle to regain the United States from Chinese occupation begins.

*the video is slightly edited simply for filesize reasons