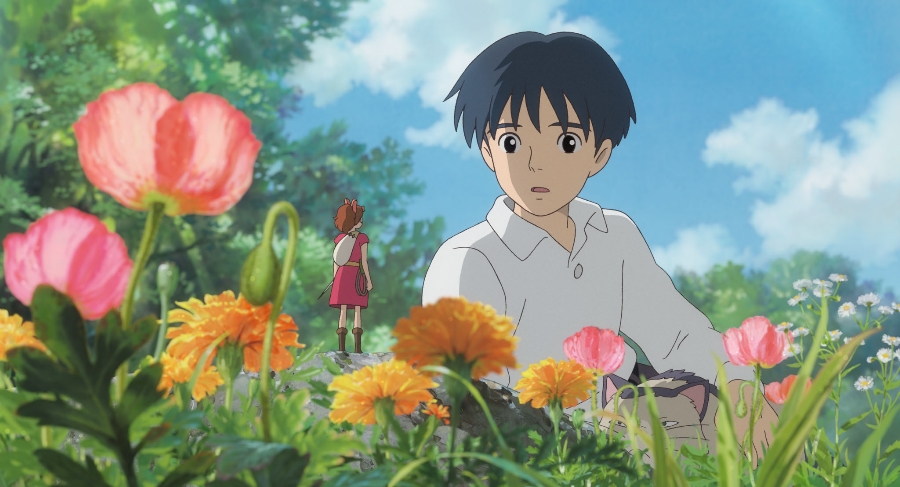 The Secret World of Arrietty is coming your way on May 22, and like all Studio Ghibli releases, this one is a must-own family film. To round out your collection, two additional Ghibli titles are being released on the same day, for the first time on Blu-Ray.

Not only wonderful films in their own right, the Studio Ghibli releases have always included some great bonus features, and this one looks to continue that tradition. Take a look below, and mark your calendars.

Walt Disney Studios and the legendary Studio Ghibli (“Ponyo” & “Spirited Away”) proudly open the doors to “The Secret World of Arrietty” on Blu-ray™ Combo Pack and DVD, on May 22, 2012. This visually stunning animated masterpiece stars an illustrious voice cast that includes Will Arnett, Amy Poehler, Bridgit Mendler, Moises Arias, David Henrie and the iconic and much beloved Carol Burnett.

Based on the acclaimed children’s book series “The Borrowers,” by Mary Norton, “The Secret World of Arrietty” is an imaginative tale of “little people” living furtively among us, and the unlikely friendship that forms when their hidden world is discovered. The heartwarming family adventure features beautiful, stylized animation and timeless themes of friendship, courage and determination.

In addition to the stunning Blu-ray hi-definition picture and digital sound, the 2-DiscCombo Pack includes an array of bonus features that will fascinate animation fans, including a storyboard version of the film and the original Japanese trailers and TV commercials. Additional features include music videos for the songs “Summertime” performed by Disney Channel star Bridgit Mendler, who is the speaking voice of Arrietty; and the movie’s theme song “Arrietty’s Song” performed by French singer/songwriter Cécile Corbel.

An enthralling story, with the English language version directed by 7-time Academy Award®-winner Gary Rydstrom, “The Secret World of Arrietty” is a remarkable filmmaking achievement that families will want to add to their home entertainment collections and enjoy over and over. 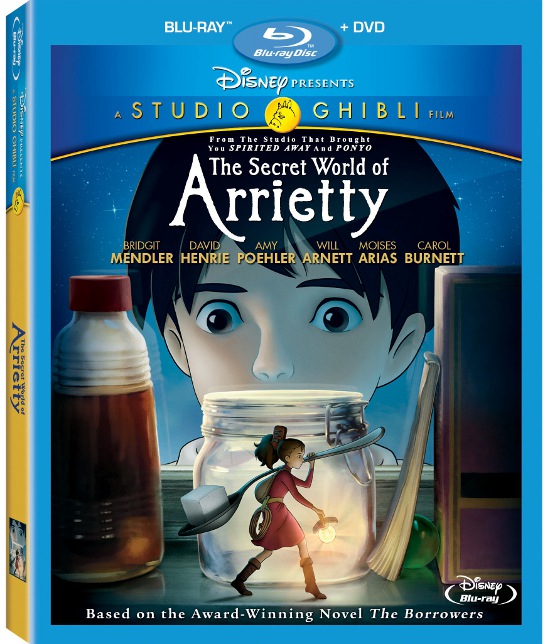 Residing quietly beneath the floorboards are little people who live undetected in a secret world to be discovered. Arrietty (voice of Bridgit Mendler), a tiny, but tenacious 14-year-old, lives with her parents (voices of Will Arnett and Amy Poehler) in the recesses of a suburban garden home, unbeknownst to the homeowner and her housekeeper (voice of Carol Burnett). Like all little people, Arrietty (AIR-ee-ett-ee) remains hidden from view, except during occasional covert ventures beyond the floorboards to “borrow” scrap supplies like sugar cubes from her human hosts.

But when 12-year-old Shawn (voice of David Henrie), a human boy who comes to stay in the home, discovers his mysterious housemate one evening, a secret friendship blossoms. If discovered, their relationship could drive Arrietty’s family from the home and straight into danger. From the legendary Studio Ghibli (“Spirited Away,” “Ponyo”) comes “The Secret World of Arrietty,” an animated adventure based on Mary Norton’s acclaimed children’s book series “The Borrowers.”

The film was directed by Hiromasa Yonebayashi and produced by Toshio Suzuki. Gary Rydstrom directed the English-language version of “The Secret World of Arrietty” from a screenplay written by Karey Kirkpatrick. The producers include Kathleen Kennedy and Frank Marshall. The original Japanese screenplay was written by Hayao Miyazaki and Keiko Niwa. 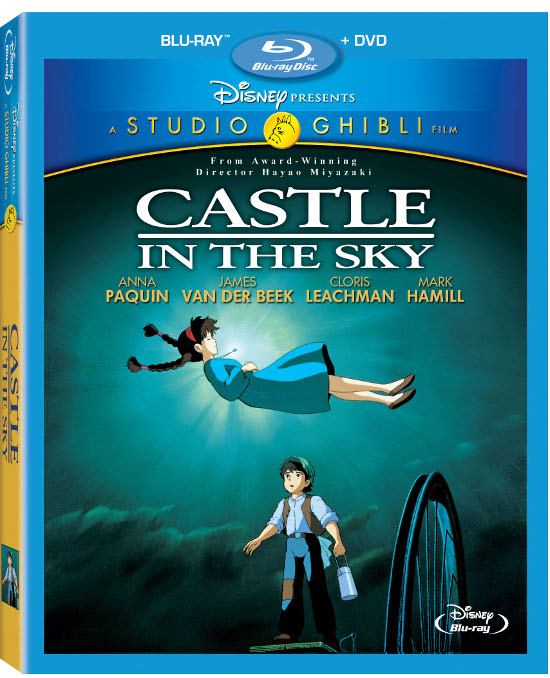 “Castle in the Sky,” a timeless story of courage and friendship, is now more thrilling than ever with the magic of Blu-ray! The pristine hand-drawn animation from acclaimed Academy Award®-winning director Hayao Miyazaki (2002, Best Animated Feature, “Spirited Away”) and a new digital master––featuring the original Japanese score––make this epic adventure soar like never before!

Pazu, an engineer’s apprentice, finds a young girl, Sheeta, floating down from the sky, and discovers they are both searching for a legendary floating castle, Laputa. Together, they embark on a daring quest and encounter greedy pirates, secret agents and astounding obstacles that keep them from the truth––and from each other.

For the first time ever on Blu-ray, “Castle in the Sky” is a must-own for families!

Anna Paquin (Academy Award®-winner, “The Piano”) as voice of Sheeta 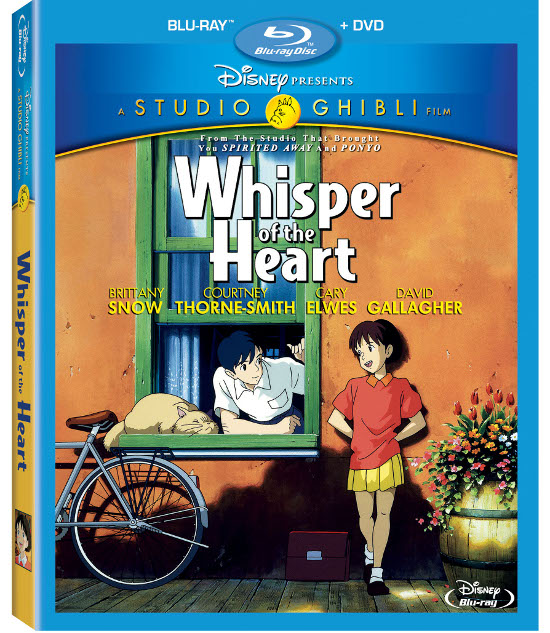 “Whisper of the Heart” inspires like never before in Blu-ray! A new digital master reveals the true brilliance of this heartwarming coming-of-age classic from Studio Ghibli, the studio that brought you “Ponyo” and the Academy Award®-winning “Spirited Away” (Best Animated Feature Film, 2002).

A chance encounter with a mysterious cat sends Shizuku, a quiet schoolgirl, on a quest for her true talent. Challenged by Seiji, a boy determined to follow his dreams, and enchanted by The Baron, a magical cat figurine who helps her listen to the whispers of her heart, Shizuku embarks on curious adventures beyond the boundaries of her imagination.

Now in Blu-ray high definition for the first time ever, this beautiful tale based on the screenplay from legendary animator Hayao Miyazaki will delight and amaze families!

Courtney Thorne-Smith (“According to Jim”) as voice of Shiho Tsukishima

Cary Elwes (“The Adventures of Tintin”) as voice of The Baron