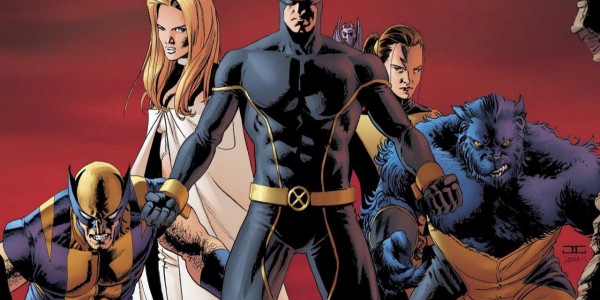 The motion comic has become an increasingly interesting medium, and Astonishing X-Men: Dangerous is a feather in the cap of the medium. The second story arc in the series, this one delves further into the story, but also advances the abilities of the technical effort to a degree.

While somewhat hard to put your finger on with precision, the overall effect seems crisper and more fluid. Perhaps the story at this point simply meshes better with the medium itself, but I had the feeling that the motion comic delivered better this time around.

The tragic death of a student at the Xavier Institute reveals that a powerful enemy is working from inside the mansion to destroy the X-Men. It’s an enemy who knows all their weaknesses and can predict their every move. This new foe doesn’t want wealth, power or world domination – it only wants them dead. As the X-Men fight for their lives, they learn they’ve been deceived by one of their own. Even if they survive, the team will never be the same.

The story is rich and entertaining, as we’d expect from both Joss Whedon and anything involving X-Men comics, but it does perhaps push the boundaries of interest for those who are not already loyal X-Men fans. That translates as, it’s really a bit weird.

It’s a lot of fun though, and there is something extremely intriguing about the format, and the way in which it somehow better delivers a comic experience, as opposed to turning the story into a straight animation vehicle.

It also opens up a lot more possibilities without demanding vast increases in time and budget. Of course, to those unfamiliar, it might seem like the entire idea of motion comics is simply a way to cash in without having to put as much behind a project. That’s a debate that may go on for some time, but I think comic fans see the value and positives of the translation.

In this particular case (running through six episodes at about ten minutes each), you get a darker run with the X-Men than you’re likely to get with an animated show, and the effect of the motion comic delivers some of the power that many feel is lost when moving to video. Of course, this is really graphic novel territory, which probably makes the statement all the more true.

Unfortunately, this one comes without any special features, but it comes at an appropriate price.

It’s a must-own for fans, and offers up a lot more characters and appearances than most DVD offerings. The format may keep the less than die-hards away, but it definitely shouldn’t.

Check a bit more info and a couple of clips below.


From Joss Whedon, the Mastermind Behind the Upcoming Motion Picture Release “Marvel’s The Avengers” And Award-Winning Artist John Cassaday Comes the Captivating Story of Trust and Unexpected Betrayal

The highly popular “Dangerous” storyline and eye-popping visuals from the graphic novel by pop culture icons Joss Whedon and John Cassaday combine smart story telling, incredible action, and startling revelations in the second story arc of the acclaimed ASTONISHING X-MEN multi-part series. This DVD invites viewers to delve deep inside the imaginative world of the Marvel Universe. A must have for collectors and loyal fans, this deluxe DVD is featured with a graphic rich cover and a unique replica of comic book-style packaging that bridges the comic book to DVD concept.