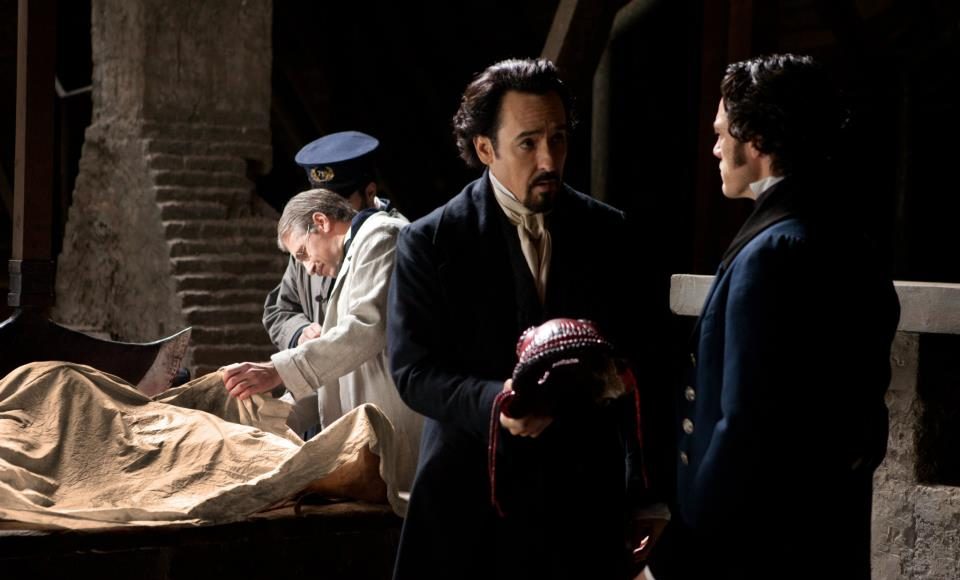 We were back to film reviews this week, and we took on The Raven. Before going into the show at all, I want to make sure I mention the forums that are now available on the site. One of the main reasons I opened them was because I got some emails from listeners who wanted an opportunity to give us their thoughts prior to the show.

We know that a lot of you aren’t available to listen to the show, or, let’s be honest, aren’t especially interested in listening to it live anyway, but may have something to offer us by way of comment or question, and we’d love to hear from you, and have you add to our conversation. The forums will have a topic devoted to the upcoming show, and we hope you’ll take advantage.

We also have a contest related to this show, and up for grabs is the Blu-Ray release of The Raven. You’ll have to listen to the show for more details. We kicked off the show generally discussing my ire at many reviews of the film, and thus its poor showing such places as RottenTomatoes and MetaCritic.

Basically, while I normally try to stay away from other reviews until I’ve written my own, the negative response had me very curious. What I found was that a lot of critics were turning up their nose at the premise of the film, as opposed to actually running through the merits of the actual film they saw. Once past that, we both found that we had a pretty good time with this, though I was more positive than Shane. Something didn’t come together about the mood, but it wasn’t as much of a problem for me.

We also both thought John Cusack did a great job with what he had before him, as did all of the supporting cast. For me, there was something about the way the film had to deal with the fact that the audience knows the hero doesn’t live happily ever after that was pretty intriguing, and just that it dealt with this well was a positive for me that overcame some of the more niggling concerns. Check out the show for our full thoughts, and for your chance to win.   Next week we will obviously be covering The Avengers, so jump over to the forums if you have anything you’d like us to address. And, if you see it before the show, which should be Sunday around 4pm est, give us your informed opinion.