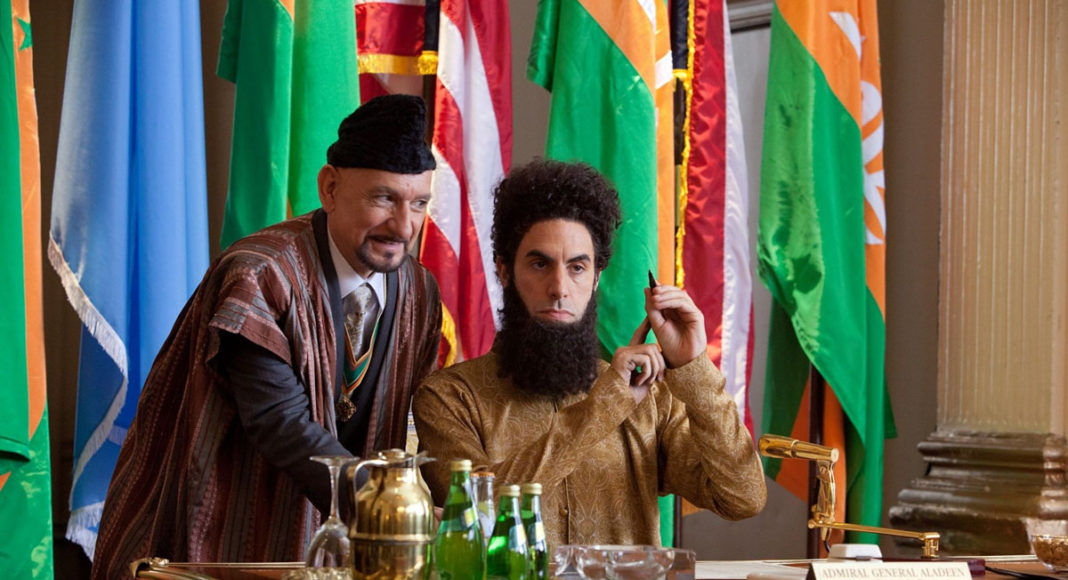 This week was full of surprises. Shane and I reviewed The Dictator, and we were both sorely disappointed. It turns out that making scripted material work just isn’t Sacha Baron Cohen‘s game, and we think we know why. There were a few spots that worked, but the laughs were very few and very far between, and even that doesn’t give the full picture, because there were so many horribly unfunny moments that just wouldn’t end.

We played a couple of bites from an interview with Sir Ben Kingsley, and ended up using them as jumping off points for more discussion than we anticipated, largely because he was saying such positive things… which confused us, and demanded that we try to make sense of them.

We were also surprised when it came time for Are You Screening? writer Christopher Lominac to call in and give us his take on Battleship, because contrary to our predictions, he actually said it was good. That threw us so much, that it actually turned into a pretty interesting conversation.

Give us a listen below, and be sure to subscribe to the podcast.

We’ll be looking at Men in Black 3 next week, so be sure to tune in, and head to the forums to discuss future and past episodes.