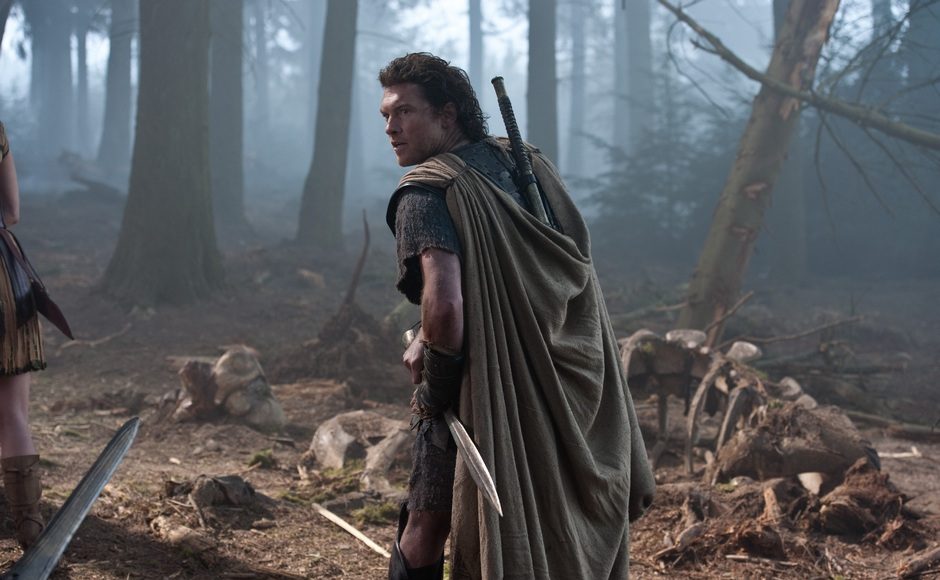 Wrath Of The Titans Blu-Ray Review And Giveaway

While I didn’t particularly care for Wrath of the Titans, and our podcast review didn’t exactly sing its praises, there’s a market for just going wild, and the particular lull of summer fun we find ourselves in means this isn’t a bad time to take a look at other options for your action-adventure fix.

The overall story leaves something to be desired, and the special effects eventually get to a point well beyond the law of diminishing returns, but if you’re up for letting loose, it’s certainly hard to find more action crammed into one film.

On the legitimately positive side, this is a title that benefits immensely from the Blu-Ray release’s Maximum Movie Mode, and the points you get on this one (see full list below) deliver possibly the best feature connections you’ll find in such bonuses.

Working in featurettes that cover the labyrinth, the battle scenes, and explorations of the myths behind the story, taking in the full experience of this mode actually surpasses the entertainment value of the film itself. This particular installment of the MMM gives you two options for your viewing pleasure – The Path of Men, or The Path of the Gods. Each delivers its own spin on things, with its own emphasis on certain featurettes.

Somewhat surprisingly, the Blu-Ray release actually makes for a pretty good purchase, even if you didn’t love the film. It looks great, and there’s a lot to look at here, and this comes together to make a fun package. I’m not even usually a fan of the Maximum Movie Mode, but it’s found it’s calling here. Even the battle analysis featurettes, especially the one with the Chimera, are a lot of fun, and they are the sort of thing that are usually at the bottom of my special feature list.

Check out more info, some clips and images, and enter to win below.

Wrath of the Titans available on Blu-ray Combo pack, DVD and for download today!

Saving the world means “going to hell” in “Wrath of the Titans,” arriving onto Blu-ray 3D Combo Pack, DVD and Digital Download on June 26from Warner Home Entertainment Group. Perseus, the half-human son of Zeus is once again on a quest in “Wrath of the Titans” as the dangerous Titans, imprisoned in hell, threaten to rise up and overthrow the gods of Olympus, unleashing chaos and destruction in their wake.

A decade after his heroic defeat of the monstrous Kraken, Perseus (Worthington)—the demigod son of Zeus (Neeson)—is attempting to live quietly as a village fisherman and the sole parent to his 10-year-old son, Helius.

But unbeknownst to Perseus, a struggle for supremacy has been raging between the gods that will come to threaten his idyllic life. Dangerously weakened by humanity’s lack of devotion, the gods are losing hold of their immortality, as well as control over the imprisoned Titans and their ferocious leader, Kronos, father of the long-ruling brothers Zeus, Hades (Fiennes) and Poseidon (Danny Huston). The triumvirate had overthrown their powerful father long ago, leaving him to rot in the gloomy abyss of Tartarus, a dungeon that lies deep within the cavernous Underworld.

· Maximum Movie Mode: Control your destiny and choose one of two unique experiences: The Path of Men or The Path of Gods