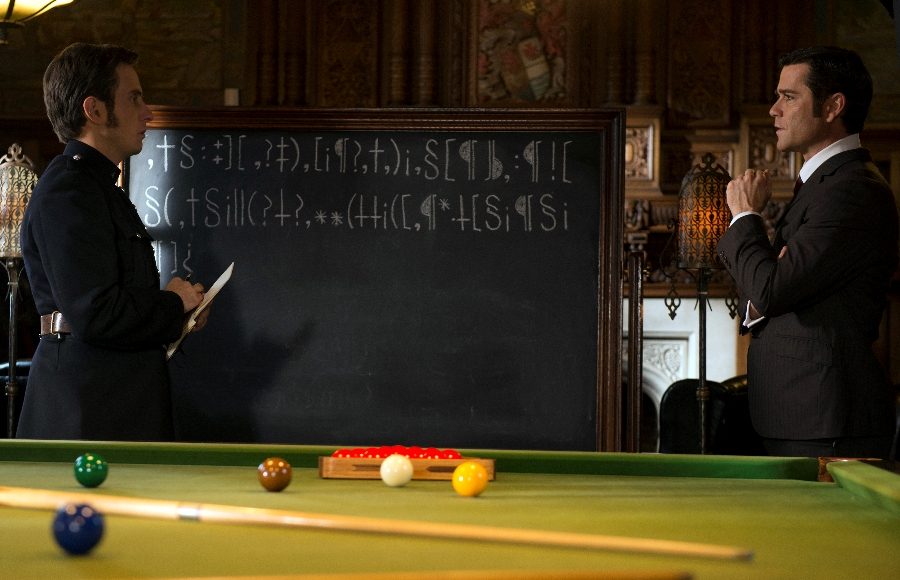 The show takes place in Toronto in 1895, and features William Murdoch as a detective/scientist who is keen on incorporating the latest techniques (including the “finger marks” he is so fond of) into his investigations.

Season 4 kicks off with Murdoch butting heads with the new pathologist who has taken Dr. Ogden’s place. A body has been dismembered, and Murdoch has to find some answers using only a couple of pieces of a body which have been encased in cement. It starts off the season well, and gives us the opportunity to miss Dr. Ogden, who left just before Murdoch could propose.

As we continue on with the season, Murdoch travels to Buffalo, where he is reunited with Dr. Ogden in order to help solve a crime where she’s now working. And, we eventually get Dr. Ogden back to Toronto, and things (including relations with her new fiancee) become rather complicated.

The season features some great cases, and has more than a few interesting guest stars. More importantly, the charm of the series never gets lost, and the break from the majority of crime offerings is as refreshing as when the series began. Many may have flagged the show’s continuation as questionable, because it wouldn’t a big surprise to see something that is, let’s face it, a bit shticky, get old after a season or two. Yannick Bisson, and the surprisingly watchable supporting cast, deliver every episode. Some from the season stand out as the best of the series, and it’s great to be able to say that about a fourth season of a show.

Chief among these are –

Though not quite the sort of thing that those looking for the most dramatic of crime shows will hover toward, Murdoch Mysteries is filled with fun, and an unending supply of charm. The only drawback of the releases is that they do not offer much in the way of bonus material. Season 4 has a short behind-the-scenes featurette, which is pretty interesting actually, and a two-minute alternate scene which gives a different version of the love letters from the show.

Below check out some more info, and enter to win.

Combining the period appeal of Sherlock Holmes with the forensic fascination of CSI, Murdoch Mysteries, Season 4, debuts on Blu-ray and DVD from Acorn Media on May 29, 2012. Based on the characters from award-winning author Maureen Jennings’ Detective Murdoch novels, the acclaimed Canadian series has garnered 25 Gemini® nominations to its credit, including Best Writing and Best Dramatic Series. Set in Victorian-era Toronto, this smart, compelling series follows Yannick Bisson (Sue Thomas: F.B.Eye) as Detective William Murdoch as he pushes the boundaries of criminal science to solve the city’s most baffling murders. Distributed by ITV Studios and available to U.S. audiences for the first time, the 4-volume DVD boxed set and 3-disc Blu-ray set include all 13 episodes from season four, plus a behind-the-scenes featurette ($59.99 each, www.AcornOnline.com). A fifth season has already been produced, and a sixth season begins production in spring 2012.

Season 4 pits the kindhearted Detective Murdoch against a would-be vampire, a costumed killer, and ruthless mobsters, inspiring him to whip up a slew of innovative crime-fighting techniques along the way. But while Murdoch nabs the culprits with the help of politically ambitious inspector Thomas Brackenreid (Thomas Craig, Where the Heart Is) and eager constable George Crabtree (Jonny Harris, Hatching, Matching & Dispatching), he struggles to subdue his feelings for former sweetheart Dr. Julia Ogden (Gemini® winner Hélène Joy, Durham County).