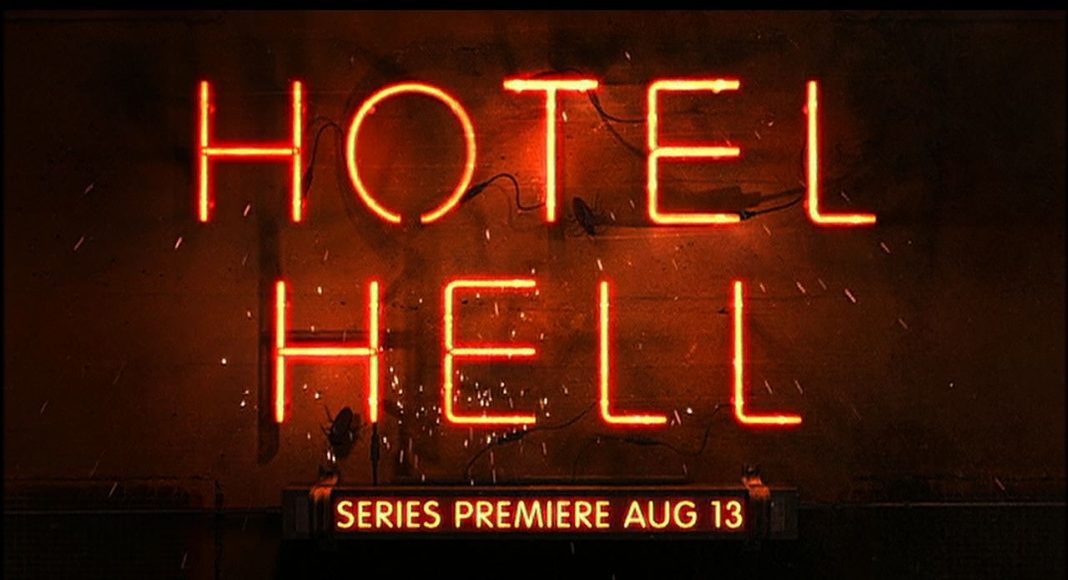 Frequent readers will already know that I’m a fan of Gordon Ramsay. He has three shows in America now, and several others (and the same ones) in the UK, and I watch them all. My favorite has long been Kitchen Nightmares, and since Hotel Hell is basically “Hotel Nightmares,” it isn’t hard to guess that I like it as well. I think a lot of people will be intrigued by this concept as we can all relate to having had a bad experience at a hotel! However, nothing can be worse than suffering an injury when staying at a supposedly luxurious hotel. Speak to personal injury lawyers in Pittsburgh if this has happened to you.

We’re in the same format here, and we follow along as Ramsay shows up at a hotel that isn’t doing so well. Whatever the reason may be, these are places that are on the verge of being forced to shut their doors, and it’s up to Ramsay to figure out how to turn the place around. As you’ll well know if you watch Kitchen Nightmares, you don’t generally have to be a world-renowned chef to figure out what the problems are.

What I love about this particular sub-set of the reality genre is that, at least some of the time, our primetime guilty pleasure is helping out some people who need and deserve it. Even if it isn’t always the owners who deserve to catch a break, they’re probably employing some people who ought to get a better chance than they have right now.

Sure, we largely tune in to get yet another glimpse of just how crazy people can be, and it never ceases to amaze me that people can ask for help, clearly be failing miserably at what they’re doing, and yet avoid taking any responsibility for anything that might be wrong. But, these are at least shows that offer up the chance to find some struggling people, in tremendously difficult industries, and leave them far better off than when we found them.

The potential problem for the series is that the two-night kick off, which offers up the second part of the trip with our first hotel tonight, focuses on an inn and owners which leave you thinking that bankruptcy couldn’t happen to a nicer couple of guys.

We’re at the Juniper Hill Inn in Windsor, VT, and owner Robert Dean II comes across as someone who really should not be allowed contact with other people at all, much less be a part of the service industry. Wealthy and arrogant (this is how the network press refers to him), Robert swims in a bubble of self-obsession and entitlement, spending money he doesn’t have while not paying his already underpaid staff. 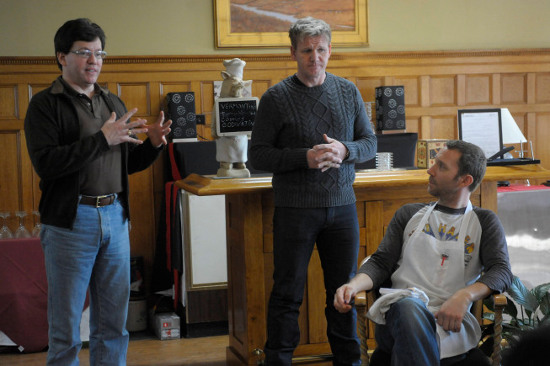 It’s enough to drive Gordon crazy, and in the second part of the premiere we’ll see him truly pushed to his limits. Kitchen Nightmares fans have seen Gordon take a much needed breather before, but this place has him teetering on the edge of walking off. There are no shortage of problems with the Inn, but it doesn’t take long for Gordon to realize where to set his sights. There’s a plumbing problem that adds to the Inn’s aromatic charm, the food is pretentious, bad, and ludicrously overpriced, as is the Inn generally, but it’s the fact that Robert treats the place as his personal playground that is the root of all the problems.

Like I said, this makes for a tricky episode, because part of you wants Gordon to leave this place, and let the steep incline take things where they will. But, as with most places we see that are run by arrogant expletives, the little people making it function at least as well as it does are hard to abandon. In a twist we don’t often see, the help, who aren’t paid a high enough wage as it is, are continually paid late, and the place has already lost their last chef because of it. Worse, Robert puts up his friends as though this were his manor house, and no one even sees a tip out of it. This leads to a wonderful “gotcha” moment, when Gordon catches Robert in an awful lie, and the cameras catch his next one after Gordon storms off.

Much as things seem to work out in the end, to some degree or another, we never really come to a viewer/viewee peace with Robert as we often do in episodes of Kitchen Nightmares, and though Robert eventually talks the talk, there is something a bit false about it, and it smacks of a last ditch effort brought on by the realization that he’s on television. A restaurant that goes through the KN paces can play up the new menu and changes in decor, but when Gordon spends all his time focused on you, personally, “Really. I’m not an jackass anymore,” is a bit of a tricky sell.

That said, sell that they are, as their stint on the show is heavily featured on their website – http://www.juniperhillinn.com/

Where does all this leave us with the show itself? Pretty much exactly where we knew we were going to be. You knew it was going to be very similar to KN, with the only question mark possibly being Gordon’s credentials as hotel expert. We know he has restaurants, and is famous as a chef, but does that really mean that you can solve all the problems a hotel has? Well, yes actually. You don’t need to be a chef to be the force behind KN when it comes down to it. Maybe you can’t personally fix the food, just like Gordon doesn’t personally fix the plumbing, but you know when food is garbage, and you know when a hotel room smells like a sewer.

All you really need is someone with a decent amount of common sense, experience in the industry in general, and the ability to tell it like it is. This one works, but future episodes will decide how much America is able to fall in love with the show. We’ve got our crazy out of the way, but Hell comes in a lot of different forms, and I suspect this show is going to need to put out some owners we can get behind, and be happy about the fact that we rescued them.