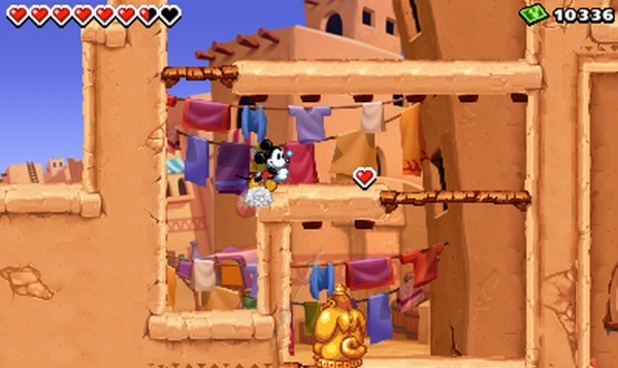 Coinciding with the release of Epic Mickey 2: The Power of Two, Disney Epic Mickey: Power of Illusion is coming to the Nintendo 3DS, and it looks just as engaging and offers some unique gameplay.

Well, in case all other information isn’t enough (see below), an Aladdin-themed level is also in store for you, and I have some screenshots to share.

This game looks fantastic, and as much as some people might have wondered about the 3D hand-held system at the start, there are some great things coming that take advantage of the possibilities.

In Disney Epic Mickey: Power Of Illusion, gamers will play as Mickey Mouse as he infiltrates the Castle of Illusion on a quest to put an end to the evil witch Mizrabel’s diabolical intentions.