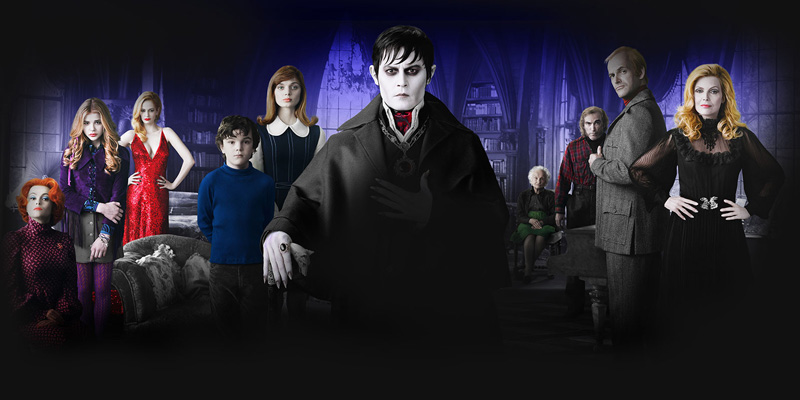 We were rather disappointed with the ending in our podcast review of Dark Shadows, but it’s still a film with a lot of fun in store for you, and I have a copy of the Blu-Ray to give away.

The all-star cast is worth watching, and just riding along with Johnny Depp is good for a lot of laughs. Lose yourself in this one, and you won’t be disappointed.

Check out some info and images below, including a cool widget that features some fun items, and then enter to win.

From the incredible mind of Tim Burton comes the hit film Dark Shadows, based on the classic television series! Barnabas Collins (Johnny Depp) has been trapped for two centuries by an evil witch (Eva Green) who just happens to be an ex lover. Barnabas now has to struggle with the ever changing 1970s and save his families business! With an all star cast that includes Michelle Pfeiffer, Helena Bonham Carter, Chloe Grace Moretz, Jonny Lee Miller and more, Dark Shadows will be sure to whet your appetite for fun.

THE COLLINSES: EVERY FAMILY HAS ITS DEMONS – Become scarily familiar with this creepy cast of quirky characters as Johnny Depp, Helena Bonham Carter and their co-stars reveal their unique working relationship.

To enter, use the Rafflecopter widget below. One of your chances to get an entry is tied to the widget below. Be sure to check out all the possibilities of the widget, because some of these are pretty cool. Take the quiz and explore.