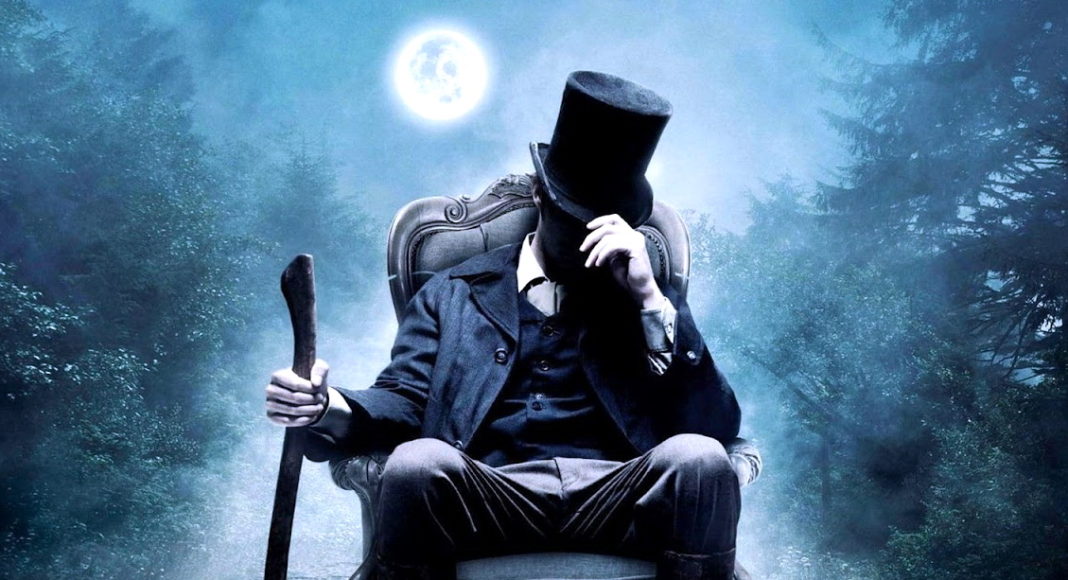 With the celebrated President about to hit theaters for the second time this year, it’s convenient that we get a chance to revisit his first trip with the Blu-Ray release of Abraham Lincoln: Vampire Hunter.

A quirky, generally well-delivered adaptation of the curious work that lays out the secret life of a President who ran afoul of the undead, the film struggles for too much of its runtime to really win you over, but there are a lot of worthwhile moments in it.

Whatever the final verdict may be of the film, or how much you might think Rufus Sewell is basically wasted in it, there’s no denying that we have a fun adventure on our hands, and one that (as is the case with this book, and similar titles) pushes the envelope insofar as what we come to expect from storytelling.

We follow our President as far back as certain encounters when he is a young boy, and are given the story that vampires are actually running quite a bit of the country’s industry. Of course, they are especially interested in the convenience of slavery, because it’s just the way the want people to look at certain other people, what with disappearances being a trivial matter that arouses no suspicion.

While Abe Lincoln wielding a shiny axe in martial arts picture fashion delivers well, the sub-text doesn’t quite come through as well as it might. Both pro and con, we needn’t be hit over the head with the obvious metaphors, but we don’t exactly address the gravity either.

Fans may be a bit disappointed with the apparent lack of bonuses on the release, but there’s more here than a mere list suggests. The commentary track with writer Seth Grahame-Smith is above-average, and provides a lot of the information you may wish were actually in the film. It’s entertaining enough to hold you, and insightful enough to be worth the effort.

You also get a selection of Making Of featurettes, one of which details the book to film translation, and together they are an interesting addition. Some may not be overly interested in the make-up effects, but when you put this all together you get a good look at the construction that had to take place to get this film off the ground, and it’s ultimately a better exposition on the subject that most bonus features provide.

Beyond that you get a music video and a graphic novel, each providing about as much additional value as you expect. Those interested in a bonus graphic novel will find this a good example, but many won’t care about it.

In the end, this is as tricky a case as the film’s initial review. Though I only gave it three stars, I find myself recommending it to people. You can’t take anything too seriously, which also covers plot steps (and it shouldn’t, of course), but this one is worth a look. As I said in our podcast, if there’s any chance you’re interested in the film after knowing the title, you probably won’t be disappointed.

Below check out some more info on the release, and enter to win a copy of the Blu-Ray.

ABRAHAM LINCOLN: VAMPIRE HUNTER explores the secret life of Abraham Lincoln before he became President, and the untold story that shaped our nation. Visionary filmmakers Tim Burton (Dark Shadows) and Timur Bekmambetov (Wanted) bring a fresh and visceral voice to the bloodthirsty lore of the vampire, imagining Lincoln as history’s greatest hunter of the undead.

Based on the New York Times Best Selling novel by Seth Grahame-Smith, ABRAHAM LINCOLN: VAMPIRE HUNTER stars Benjamin Walker (Flags of Our Fathers), Dominic Cooper (Captain America: The First Avenger), Anthony Mackie (The Adjustment Bureau), Mary Elizabeth Winstead (Scott Pilgrim vs. The World) and Rufus Sewell (The Tourist). The Blu-ray™ 3D and Blu-ray™ are loaded with killer content and hard action, including an exclusive never-before-scene animated graphic novel prequel about the origins of vampires in the U.S.A.