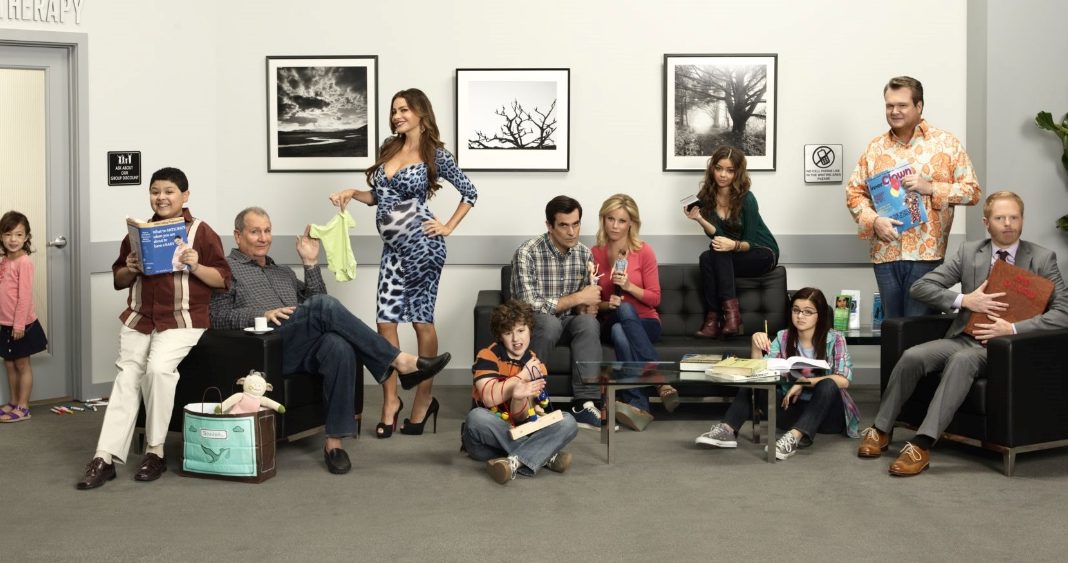 Modern Family has been a smash hit since the first episode, and it hasn’t slowed down at all. The third season (and fourth) are just as funny, and the show is still delivering on its characters’ best points.

The Complete Third Season Blu-Ray release is not only a great collection just for the episodes you get (and the show is a Blu-Ray must), but the bonuses are great, and that isn’t always something you can say about television releases.

As third season started rolling, I know a lot of people were talking about the show’s apparent trend toward moving away from home base. Though the episodes, I thought, were especially good, and were perhaps even instant classics, trips to Wyoming and Disneyland had some people wondering if we weren’t running out of enough solid ideas for the progression of the characters. This is a question season four has already answered rather well with college and pregnancy, but there was a lot of talk about what kind of legs the show still had.

Certain key episodes dispelled any doubts pretty quickly though, my personal favorite being Phil on Wire.

Of course, the show (with all its awards) doesn’t really need a lot of help from me, and few shows can more easily sell home releases, being that it practically defines rewatchability for you.

The treat here is the bonuses, and as I said, this is a show that makes sure you’re getting added value with your purchase.

Some of these are pretty standard, like the deleted/extended scenes, and deleted interview clips, but even these stand out with this show. A lot of shows, even ones you want to own, probably don’t make you want to be sure to check out deleted scenes, but any fan wants to check out what didn’t quite make into Modern Family, and where are you going to get a better gag reel?

Beyond these obvious inclusions, there are featurettes that go behind-the-scenes of the Wyoming episode, the trip to Disneyland, the “borrowing” the car fiasco, and the Christmas episode, and these are a lot of fun. Much like deleted scenes, such featurettes are usually only mildly entertaining, but they deliver here. There are a couple of other bonuses that aren’t especially exciting, but (for many) the stand out of the entire group will be A Day on the Set with Ty, which is exactly what it sounds like, and just as worthwhile as you expect. It’s an inside look Phil style, and it’s one that fans may go back to now and again.

Overall, this is an absolute winner, and a far better release than most TV series manage. Modern Family is apparently pretty serious about turning fans into owners, and they’re making sure they make a good case.

Below check out some clips, the full bonus list, and be sure to enter to win a copy!

**Adventures of the Modern Family Kids

**Ed O’Neill Gets a Star