Maxis is continuing its effort to get people absolutely dizzy with excitement for its return to SimCity with another gameplay video. This one lets you in on some of the potential of multi-city play, as we see how to supply your booming casino city with power from another city. Your cities aren’t limited by what you can cram into any individual city, because a variety of resources can flow from one to the other. In this case, you don’t want to have a power plant anywhere near your tourist paradise, so throw them up somewhere else, and bring the power in.

Each new video is more impressive than the last, and I imagine most of the selling is actually done with this one. Check out the video below, and put your money aside now for March.

In October, Maxis debuted the first all-gameplay strategy video where Lead Designer Stone Librande gave you the first look at the inner workings of SimCity. You not only learned that roads are the foundation of a successful city, but you also learned the basic infrastructures needed to start growing a city. When Stone left off, he was just beginning to build out a tourism city using casinos. Today he’s back and he’s showing you some advanced strategies for growing his casino city using Multi-city play – one of the crowning achievements in SimCity.

With Multi-city play, you no longer need to provide all the required city infrastructures in one city. Build a police station and share your growing police force with the greater region. Have your friend build a fire station in a neighbouring city and soon you’ll see their fire trucks putting out flames in your city. Just like the world around you, neighbouring cities support each other through shared resources. These are just a few examples of the Multi-city play that you’ll see today in Stone’s gameplay strategy video.

Built from the ground up to be a fully connected experience, Multi-city play in SimCity gives you the option to choose how you play. When you login and pick a region, you can decide to claim all the cities for yourself, invite your friends into your region to play alongside you, invite anyone in and make new friends, or join someone else’s region. 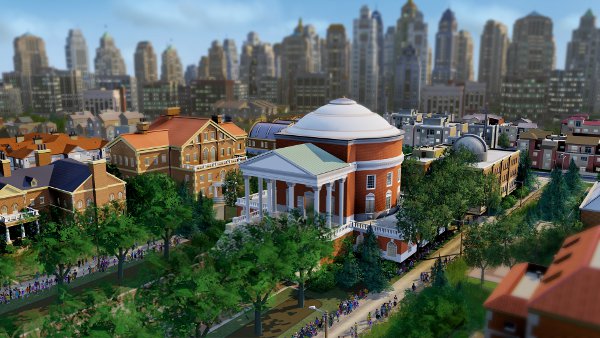 What kind of region will you build? You’ll find out when SimCity launches on PC in March 2013.