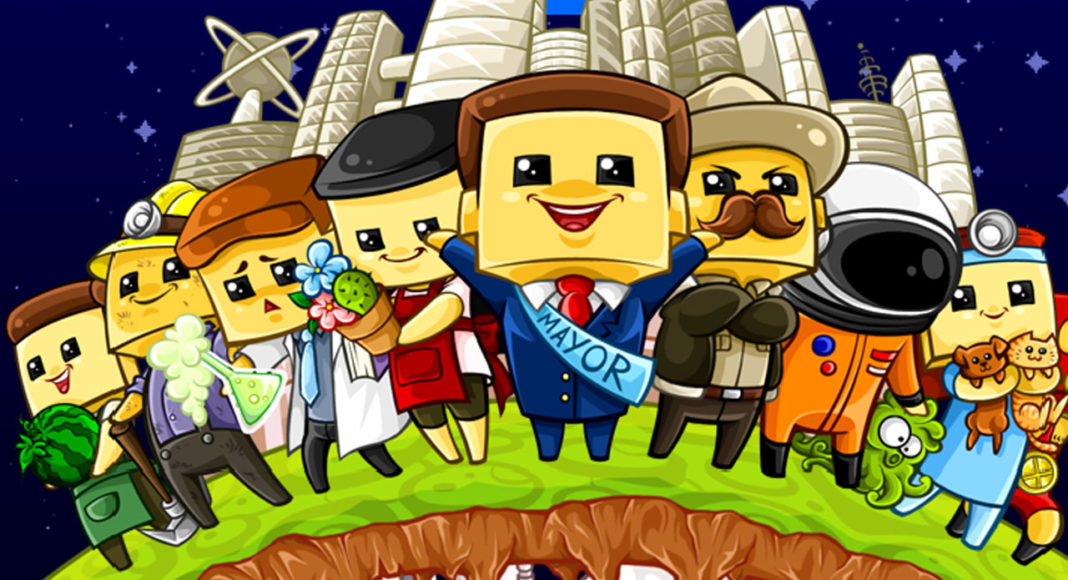 Chillingo wants to introduce you to yet another time suck of the town building variety, this time with some curious additions. Something like Tiny Tower meets Doodle God, with decidedly low-res graphics (even considering that I mentioned Tiny Tower) sucks you into this version of the ultimate time wasting genre.

You’re met with a small layout of a town, and very few people to work with to expand your city. While many such games have you collecting resources and managing certain achievements in order to acquire the ability to expand, or create new structures, Pixel People is all about the people. To get new buildings, you “mix” the jobs you already have in order to create new jobs. This comes by way of clones that are eagerly awaiting the concoctions you dream up. Create the right clone, or job, and you’ll have the ability to place a new building that relates to it. Create a farmer, and lo and behold a farm is waiting for you to put it somewhere.

The game, like most, pulls you in with plenty of possibilities and a fair amount of room. It may seem like you’re going to end up with a crazy squish of buildings at first, because the “road” system isn’t immediately obvious, but you can build roads to your hearts content and the available space will spread out accordingly. Thus, you can build little neighborhoods, parks, or whatever you can come up with, without finding all your buildings sitting on top of each other.

That’s handy, because it’s space that’s at a premium, and the graphics don’t exactly make a crush of buildings a fun idea. As you level up, by buying an expansion of space, you’ll get more available area to add more buildings. You need to keep your eye on that too, because some new jobs you get will require several spaces to add their new building, and you only get an additional ten spaces per level up. Plus, you’ve got to add residences somewhere, so that you have new clones to give new jobs. The people at Chillingo are onto something with this whole job creation system, because (as we all know from Doodle God) there truly is something addictive about finding out what that next combination is going to make. That’s especially true when you start to discover that there are potential superheros, philosophers, and cryptozoologists to make. How am I going to manage that? Seriously, what am I going to combine to make these things? And, it tells me that I can combine, let’s say, a dancer and a soldier, but what the heck is that going to turn into?

The problem with these games sets in after you get hooked. They have to make money, and the key is to make it not only addictive, but as irritating as possible. Getting money slows down, and you have to tap on your buildings every few minutes in order for them to start producing money again. After a few level ups, you’ll be waiting a long time to get that next upgrade of land, and eventually the buildings start to take a really long time to build. Put it all together, and you’re doing a lot of waiting. And, that’s how we make money, we sell Us, the unit of money in the game, which you can purchase for real money, and then use to speed things up in game. Don’t want to wait 4 hours for that building? Want to buy a house that takes up less land and holds more residents? It all costs.

Of course, you never need to buy anything, but you’re in for a long process if you don’t. Tapping on your buildings in order to get up to the 17,000,000 needed for your next upgrade is going to take you a day of near constant return to the game, during which time the game has nothing to offer except the laborious tapping.

The game really is pretty fun, and setting out your town is interesting. As a time-waster, there isn’t too much to complain about, unless you’re already addicted to other things, and then you might not need a new App designed to make you pull your hair out.

The problem is that you hit a wall pretty quickly, and then you really get to a point at which you’re either really into these games, or you’re going to spend at least a couple of bucks. I’m not opposed to spending that money either, these Apps have to make money one way or another, but this is a game in serious need of an update.