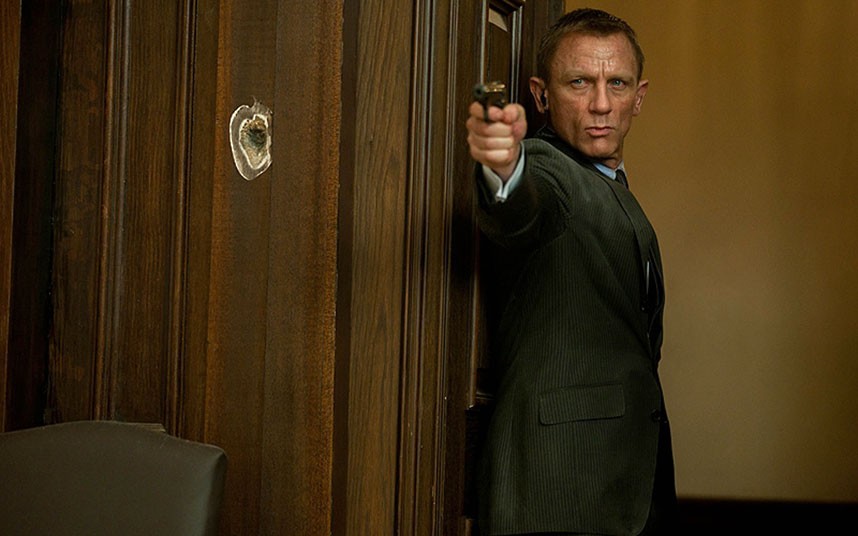 For serious Bond fans, Skyfall may be something of a double-edged franchise entry. It’s certainly slick enough, and has a certain throwback quality to it (to the earliest Bond films), and if we remove most Bond preconceptions, it’s a lot of fun. On the other hand, not only does the film leave out qualities Bond fans may be expecting, it actually references the fact, which is odd, and possibly insulting.

This go around, Bond has a rough go of the opening sequence, something new to the films, and ends up quickly on the missing person list. He goes underground, and there’s a sense in which we’re given to believe he isn’t of a mind to return to active duty (in another sense, of course, we really this isn’t a twenty-minute film).

Before long, we learn that our current villain is targeting M (Judi Dench), and when the threat becomes very real, that’s enough to get Bond back in from the cold. This new threat turns out to involve a lot of cyber-scare, with the chief show of strength coming from hacking things that should be unhackable, thus we move into the modern era of shady characters.

Said villain, Silva (Javier Bardem), has a serious grudge against M, and is perhaps not playing with a full pack of spy gadgets, and its going to be a tricky game for Bond to tackle this particular beast, especially when he seems to be five steps ahead of everyone.

A hard enough task, but Bond now finds himself having to undergo an assortment of “field-readiness” tests, what with him having been gone… and being rather old anyway.

Put together, this makes for something of a roller-coaster effect, as the film struggles to throw in the action scenes obviously required of the film, while balancing all the themes, sub-texts, and character development aspects it has set on its rather large checklist. We’ve got Bond backstory to work in, plenty of “old vs. young/old vs. new” arcs to celebrate, and even a sort of “place in the new world” angle to work on. It isn’t put together badly, but it sure is a lot to get done. 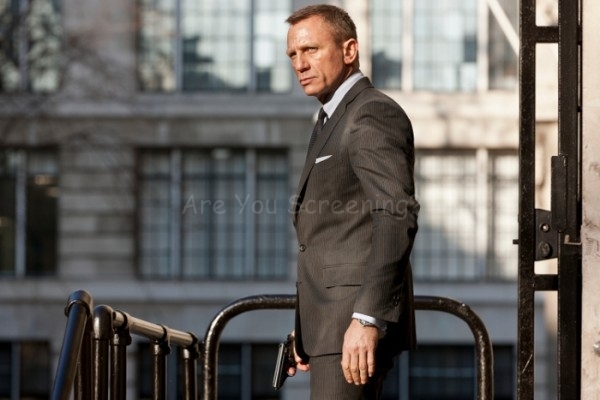 Ultimately, the action and events do come together well, with several nods to the general Bond theory, but fans may be disappointed to a certain degree. Gadgets are out really, it’s hard to say that there is a “Bond girl,” except in some technical sense, and overall things just don’t feel particularly Bond. This seems to be a result of having so much other stuff to fill in, and frankly, Sam Mendes believing that at the end of the day, he’s cooler than Bond movies.

Even for those who aren’t put off by the twist of Bond appeal, the film is clunky at times, even goofy here and there, mostly because it’s trying to work in too much, and doesn’t focus enough on giving us the action that sometimes feels forced.

Still, most audiences won’t really be disappointed much. 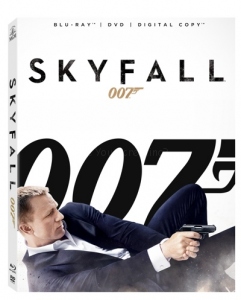 As you might expect, the video and audio are top of the line. The video is so good, that if you’re really the kind that focuses in, this one will give you a moment or two where you discover that video quality can, in fact, be too good. During certain FX scenes the quality is so sharp and true that it takes on a certain feel of the stage/set. There aren’t that many “show off” Blu-Rays that come out each year, though you’d think there would be, but this is one of them. Especially considering many of the locale shots, it looks amazing.

The bonus features (see full list below) add up to more than they might seem by just a quick view of the package. Much as I disagree with Sam Mendes’ thoughts on the franchise, and the general take on “the future of Bond,” he puts together a solid commentary track. A lot of directors aren’t sure what they’re doing with such features, and make it hard to get through the entire film, but Mendes leans more toward exploring his effort throughout the construction, and giving interesting details.

Another commentary is available with the producers of the film, and it isn’t actually anything to write home about. There are a number of interesting moments in it, but they are few and far between, and much of the discussion will leave your average viewer behind. Serious fans may find it worth getting their notes on the film, especially considering all of the thematic content weighing this one down, but otherwise this is not the best commentary effort.

Beyond these, you get a host of featurettes that take you behind-the-scenes of many of the film’s elements. Overall, these are about what you expect, and if you’re tuning in for featurettes like “The Title Sequence,” or “Women,” you know where you’re going, and what you’re getting.

This is not to say that they’re bad efforts, because they aren’t, but they are largely standard. Worth a look, but nothing that rises beyond the norm. The efforts looking at locations, 007, and the opening sequence are particularly good.

Wrapping things up are a trailer, and a short featurette covering the premiere.

All in all, a strong package, though there might have been a few more bonus entries.

Below you can enter to win one of three Blu-Ray copies for your very own.


This giveaway comes in association with Appliances Online