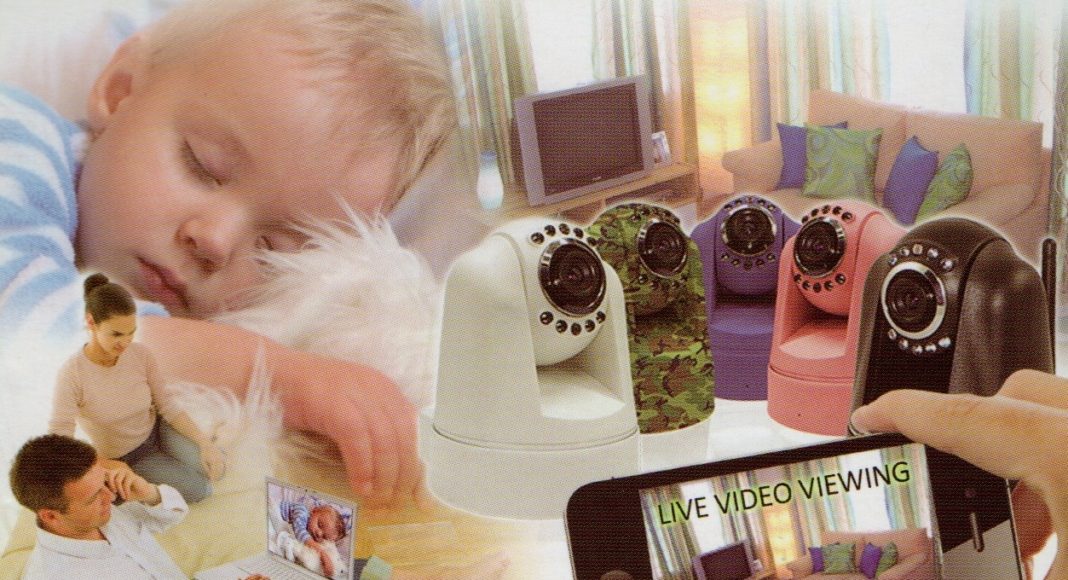 As a critic of media, who semi-frequently branches out into product reviews, it’s incredibly rare that a product, no matter what kind, meets my expectations when I wasn’t actively after the thing beforehand. I think of this as something of a “door-to-door salesman reaction”. It’s a reaction that I actually try hard not to have, but usually with little success.

I mention this merely for the sake of a specific kind of full disclosure. Though there is a sense in which I suspect everyone is the target market for a Watchbot Wireless Home Security Camera, because even just as a theory, it’s fantastically cool, they also cost money, which might trim down that market considerably. Thus, apart from one very specific use, which is a fluke really, I don’t imagine the gadget fills a need for me.

Where this becomes interesting, for review purposes, is insofar as I expected to be sorely disappointed, despite the inherent coolness factor. This is especially true given the Watchbot‘s price point. It isn’t cheap (£200), but it isn’t up in the higher tier where you’d really expect the features to deliver. In an effort to get a feel for the Wireless alarm systems market, I took a look at several options at this price or below, and though many of them offer many of the same features, you get them at the level I expected going into the Watchbot – night vision, but only in some loose sense of the idea, struggling picture quality, etc.

To jump in then, the Watchbot is exactly what the name and image give you, a wireless security camera. The chief sell, as far as I can see, is the effort to truly pack in the features, making it something that serves a wide variety of uses. While it is a security camera system without gun detection, unlike many developing security cameras, the product is still packed with many different uses. Just on the short list, the motion detection, night vision, and two-way communication possibilities mean that there is clearly a range of purposes this fills.

Before getting too far into the list of features, what a lot of users are going to want to know is how the setup works, and how much process is really involved. It’s actually a breeze, and one of the things that stands out most to me. Even moving to wireless connection (which most people will obviously want) is no problem. You just plug the unit in, connect it to your router, and run some software on your computer. If you don’t know how to login to your router in order to set this up, you might want to read up on Netgear router access before you attempt to do so. Once the unit is setup, you just unplug. You’re walked through everything with better-than-average literature, and the software gave me no problems at all.

I should note here that this is not the case with the competitors I’ve seen at or below this price point. Some brands have a somewhat convoluted process to get things going initially, and do not have the same kind of software. In the end, this may not be that much of a problem for users, because once you have them running, you never worry about it again, but it’s certainly a sell for me. I had the Watchbot fully set on wifi in about five minutes. Note to some with lesser reliable internet providers, you could experience recording problems so it may be wise to look into upgrading your broadband if you’re serious about your home protection.

There is a very real question here when it comes to what you’re looking for this product to do for you. To put it bluntly, if you need really serious video quality, this isn’t going to do it for you (see video below), but nothing else close to this price is either. Looking at some competitors ranging from about half this price to more than double, the Watchbot had the best video quality by far. For most uses you might legitimately hope this will accomplish – from super baby monitor to in-home security – this will give you video quality that surprises by comparison. If you think you’re getting a license plate from across the parking lot though, you’re out of luck.

The night vision also works far better than other models I had demonstrated for me. How useful this really is may be up to your purposes, but the clarity was solid.

On another note, I’m not sure if it really has something to do with the night vision aspect of things, but the camera adjusts very well to different light levels.

Here’s a feature that isn’t in my wheelhouse, but it actually worked quite well. After testing out a lot of variations on getting audio and making use of it, you will find that in certain situations it becomes slightly choppy, but overall it’s as surprising as the video. Theoretically, you can have a conversation with whoever is at the Watchbot, but frankly, one way or another, you’ve gone a little weird there. Of course, it gives rise to more possibilities, which can’t be a bad thing.

In terms of straight picking up audio though, that’s a useful feature, and it does a great job there. This comes into play with the option to record, and the “alert” status of the camera, and both of these features work very well.

Here’s where I get more interested in how well things work. The software interface gives you a lot of control, and apart from a couple of features that I’d really love to have, this one works quite well. Given that the Watchbot has a built-in web server, you can control it from anywhere, including pan and tilt options. But, as I mentioned, there’s more to control than that. You can establish alerts that will email or text you when the motion-sensor goes off, and you can set it to record when the alert goes off as well. Plus, you can access and control the camera from your mobile devices. I’d have liked an App, just because that would make things insanely convenient, but it’s still easy enough to use.

There are a lot of options out there, and the price range is somewhat staggering, but nothing that I’ve found comes close to the Watchbot for anything like the same price. Besides the delivery of the features, the unit is as solid as you’d ever hope. Throw in the 12-month warranty and money-back guarantee, and this one is hard to argue against.

If you don’t really care about the video quality, and ease of use of some of the features, it’s hard to upsell to this price point, and if you get to a point where around $500-600 per camera makes sense, there are strong competitors, but apart from that, this is the model you’re after.

Compatible with all Internet Devices.

The intelligent Motion Sensor gives you complete peace of mind. Your camera will send an alarm to your mobile phone with Picture Screen shots notifying you that motion has been detected.

The two-way audio feature gives you the option to listen in, and communicate with, whoever is on the other side of your WatchBot Camera!

Monitor Up to 9 Cameras

Up to nine WatchBot cameras can be connected together allowing you to see multiple views of your home/business on the User Interface Split Screen.

Whether you login to your WatchBot from anywhere in the world or from just around the corner, the audio & video quality is excellent.

The camera features pan & tilt functionality, allowing you to remotely direct & control the camera’s viewing angle from your internet device.

The WatchBot has a built-in web server. This allows you to view a live video feed from the camera via your web browser, from anywhere in the world.

The WatchBot can operate wirelessly (WEP secured network only) without the need for an ethernet cable.

The built-in infra red sensors allows you to protect what’s important to you during the times when it’s most needed: at night!

You can rest assured that all our products are covered with a 12 Month Warranty.

In the unlikely event that you are not satisfied, you will be refunded in full! So your purchase is 100% Risk Free!

Miss Fisher is back in her first installment since 2015, when the third season aired in Australia, but this time it's in a feature-length...
Read more