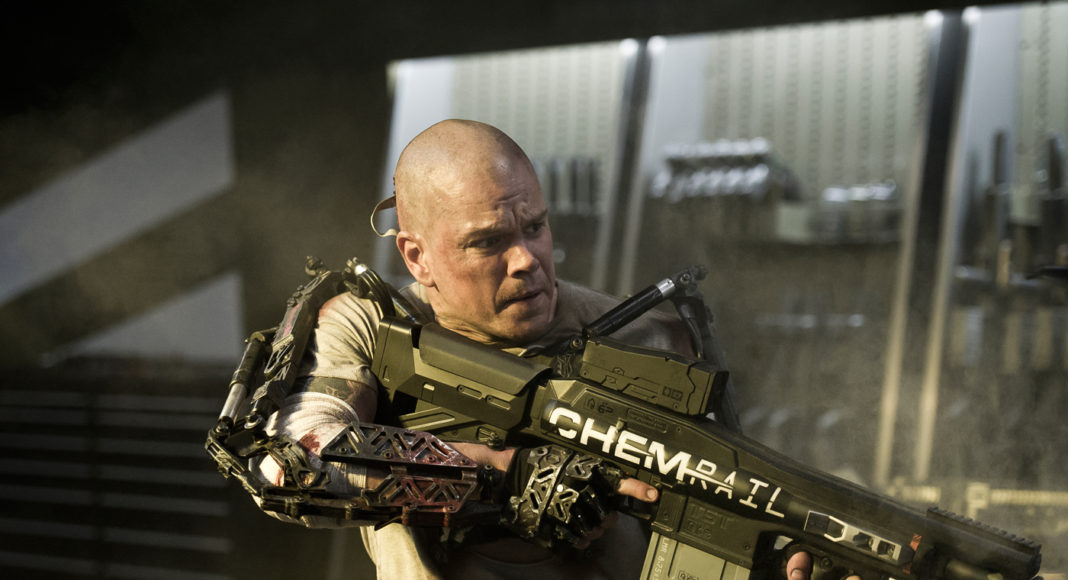 Well, leave it to District 9 director Neill Blomkamp to spin us through a new twist on distopia. The Elysium trailer is out, and though it doesn’t give you much in terms of the meat of the story, you’ve got the basic premise down. The rich live on a super space station, Elysium, and generally don’t have a care in the world. Everyone else lives on Earth, which is basically in ruins, overrun with crime and poverty. As spelled out in the trailer, this is a situation that begs the question, “How does anyone survive when no one does anything?”

I’m behind you on the exploited poor, and the rich amassing their wealth on the backs of the working class, but it doesn’t look like there is a working class at all. There are rich people and a barren wasteland. It doesn’t seem to compute really, but with enough action, and Matt Damon becoming cyborg-ish, we’ll probably overlook it.

How’s this one look to you? And, where did District 9 fall for you?

In the year 2154, two classes of people exist: the very wealthy, who live on a pristine man-made space station called Elysium, and the rest, who live on an overpopulated, ruined Earth. The people of Earth are desperate to escape the planet’s crime and poverty, and they critically need the state-of-the-art medical care available on Elysium – but some in Elysium will stop at nothing to enforce anti-immigration laws and preserve their citizens’ luxurious lifestyle. The only man with the chance to bring equality to these worlds is Max (Matt Damon), an ordinary guy in desperate need to get to Elysium. With his life hanging in the balance, he reluctantly takes on a dangerous mission – one that pits him against Elysium’s Secretary Delacourt (Jodie Foster) and her hard-line forces – but if he succeeds, he could save not only his own life, but millions of people on Earth as well.

Written and Directed by : Neill Blomkamp 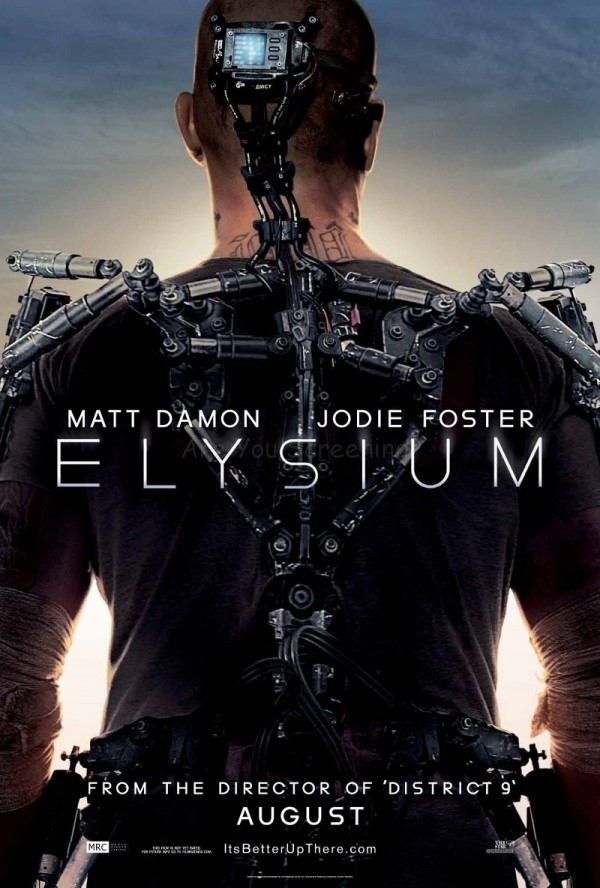