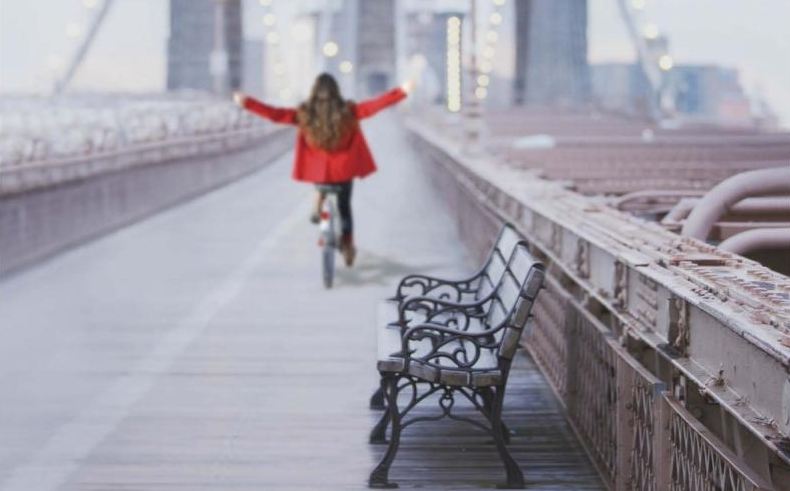 Someday, Someday, Maybe – available April 30th – is Lauren Graham‘s debut novel. The star of Gilmore Girls and Parenthood offers up a coming-of-age story about Franny Banks, a twenty-something in New York who only has six months left on her self-imposed, three-year deadline to make it as an actress.

Sticking to the old adage that you should write what you know (at least, one is hard-pressed to imagine there isn’t a good deal of reflection going on here), Someday, Someday, Maybe takes us through Franny’s “pressure days” on the road to, she hopes, success. At times a kind of “everyactress,” Franny is waiting tables while looking for a big break, battling self-doubt, managing a long-distance relationship, and generally unsure what she’s supposed to be doing with herself.

Couple that classic tale of finding yourself with a certain Bridget Jones’s Diary-esque struggle to improve oneself that doesn’t amount to much, except a vehicle for self-talk, and the book may well give a misleading picture of itself where summary is concerned.

It’s been done, frankly, but what hasn’t? That we are stepping in pace, yet again, with a dreamer who is not far from floundering could easily amount to a rehash of ideals and pointless truisms that we were already bored with decades ago, but it isn’t a foregone conclusion. Still, we are in an arena (much as we are with anything coming-of-age at this point) that demands something special if we are to avoid sinking into the unnecessary. 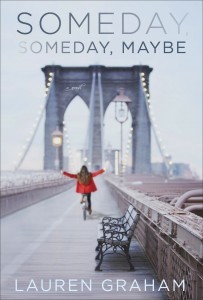 Here, what we get is Lauren Graham. It’s interesting that the book focuses on the mindset of acting – in the sense of trying to really “be” someone who is seriously concerned with clean clothes – and yet, the book delivers to us a certain truth about how well that can be pulled off. At least, I suppose, if we’re considering the right roles. It’s hard to imagine that someone can deliver Lorelai, to the extent that the character becomes such an icon of television, without there being some Lorelai in there to begin with, and that part of Graham is what makes Someday, Someday, Maybe such an enjoyable read. It may wander occasionally, and perhaps that’s to the good, as Franny’s story probably ought to lose focus to a degree, but the wit and adroit use of conversation overcome any concerns one may have.

Less hyperbole than most characters we run into on the road to discovering that the idea that adults know what they’re doing is a confusing, societal sham, Franny and her cohorts are people you want to be friends with, and by the end, you’ve very nearly made it to that place where you wonder if you aren’t. More importantly, this is a book with no delusions about itself, and no grand scheme. It is content that this is enough, to relate the situation of life convincingly, and while wearing a wry smile. 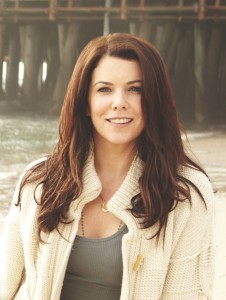 This combines with something of an Austenian quality to Franny, which, among other things, gives us an internal dialog of questioning, self-disbelief, etc., largely following a standard, “Did I say that?” form. An update of style, this fear and self-analysis gives Franny her charm, and opens the door for a variety of chances for Franny to overcome hurdles that aren’t really there. It also gives a portrayal that leads readers in by aiming at the universality of the condition, as opposed to, for example, the specific question of not getting this role, or wondering if that guy is going to call. The tone and complexity built around what is ultimately so simple an investigation reminded greatly of the unpredictable power of Maya Rudolph’s character in Away We Go, and her, “I think we might be fuck-ups,” rumination. As Franny continually struggles with her own decision to stay in New York, despite what many (herself included) see as the law of diminishing returns rearing its head, her thoughts and motions connect with the reader, and all the more because she doesn’t even have questions, much less answers.

Most importantly, this is a fun read. Teetering on the verge of becoming distinctly British in its sense of humor, the book is not only clever, but bright.

From Lauren Graham, the beloved star of Gilmore Girls and Parenthood, comes a witty, charming, and hilariously relatable debut novel about a struggling young actress trying to get ahead―and keep it together―in New York City.

It’s January 1995, and Franny Banks has just six months left of the three-year deadline she set for herself when she came to New York, dreaming of Broadway and doing “important” work. But all she has to show for her efforts so far is a part in an ad for ugly Christmas sweaters, and a gig waiting tables at a comedy club. Her roommates―her best friend Jane, and Dan, an aspiring sci-fi writer―are supportive, yet Franny knows a two-person fan club doesn’t exactly count as success. Everyone tells her she needs a backup plan, and though she can almost picture moving back home and settling down with her perfectly nice ex-boyfriend, she’s not ready to give up on her goal of having a career like her idols Diane Keaton and Meryl Streep. Not just yet. But while she dreams of filling their shoes, in the meantime, she’d happily settle for a speaking part in almost anything—and finding a hair product combination that works.

Everything is riding on the upcoming showcase for her acting class, where she’ll finally have a chance to perform for people who could actually hire her. And she can’t let herself be distracted by James Franklin, a notorious flirt and the most successful actor in her class, even though he’s suddenly started paying attention. Meanwhile, her bank account is rapidly dwindling, her father wants her to come home, and her agent doesn’t return her calls. But for some reason, she keeps believing that she just might get what she came for.

Someday, Someday, Maybe is a story about hopes and dreams, being young in a city, and wanting something deeply, madly, desperately. It’s about finding love, finding yourself, and perhaps most difficult of all in New York City, finding an acting job.

Lauren Graham is an actress best known for her roles on the critically acclaimed series Gilmore Girls and Parenthood. She has performed on Broadway and appeared in such films as Bad Santa, Evan Almighty, and Because I Said So. She holds a BA in English from Barnard College and an MFA in acting from Southern Methodist University. She lives in New York and Los Angeles.

“Sweet, funny, and full of heart . . . a dazzling debut.”—Emily Giffin, New York Times bestselling author of Something Borrowed and Where We Belong

“Graham deftly captures what it’s like to be young, ambitious, and hopeful in New York City.”—Candace Bushnell, New York Times bestselling author of Sex and the City and The Carrie Diaries

Giveaway open to US addresses only