The decidedly odd zombie flick, Warm Bodies, is coming your way on Blu-Ray, DVD, VOD, etc., etc., on June 4th, but there’s an early window opening May 14th for download.

If you caught this one in theaters, there’s a pretty good chance you want to see it again. It’s that kind of film. Even I want to see it again, and I’m rather picky about what I watch more than once. This early window trend is pretty interesting actually, and several other movies have been pushing this recently. Why not get that one last chance to see the film a few weeks before you can pick up the Blu-Ray?

The Blu-Ray looks like a solid release as well, with a lot of bonus features – see full list below. I’m thinking the commentary track will be worth it alone.

While you’re at it, check out our podcast review of Warm Bodies here. 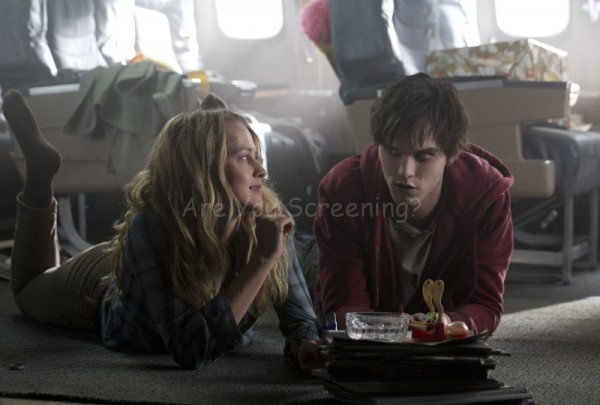 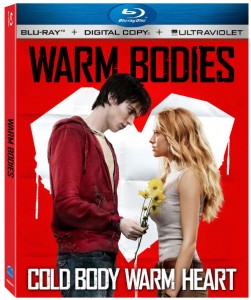 One very unusual zombie forms a romantic relationship with a teenage girl in Warm Bodies, which stars hot young actors Nicholas Hoult (Jack the Giant Slayer, X-Men: First Class) and Teresa Palmer (I Am Number Four, The Sorcerer’s Apprentice), along with an all-star supporting cast including Primetime Emmy® winner Rob Corddry (Outstanding Special Class – Short-Format Live-Action Entertainment Programs, “Children’s Hospital,” 2008; Rapture-Palooza), Dave Franco (21 Jump Street), Analeigh Tipton (Crazy Stupid Love), Cory Hardrict (upcoming Lovelace, Battle Los Angeles) and Academy Award® nominee John Malkovich (Actor in a Supporting Role, In the Line of Fire, 1993; Red, Burn After Reading),. Written for the screen and directed by Jonathan Levine (50/50) and based on the novel by Isaac Marion, the film arrives on Blu-ray Disc (plus Digital Copy and Ultraviolet), DVD (plus Digital Copy and Ultraviolet), Video on Demand and Pay-Per-View June 4th from Summit Entertainment, a LIONSGATE company. Warm Bodies will also be available on EST May 14th, three weeks prior to the Blu-ray, DVD and Video on Demand release.

A funny new twist on a classic love story, Warm Bodies is a poignant tale about the power of human connection. After a zombie epidemic, R (a highly unusual zombie) encounters Julie (a human survivor), and rescues her from a zombie attack. Julie sees that R is different from the other zombies, and as the two form a special relationship in their struggle for survival, R becomes increasingly more human – setting off an exciting, romantic and often comical chain of events that begins to transform the other zombies and maybe even the whole lifeless world.