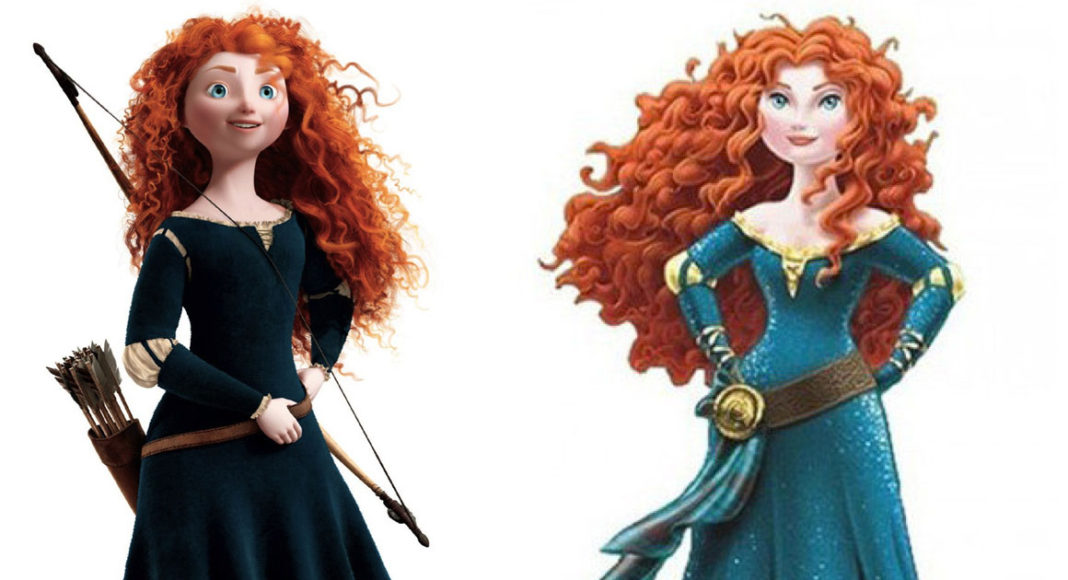 Well, the public outcry won out. I suppose the appeal from the creator of the character didn’t hurt either. It seems that Disney has pulled the Merida “upgrade” and theoretically will… who knows?

I don’t know, it didn’t seem like a big deal to me. If you look at the image of Merida with the other princesses, it just looks like they gave her the same look as the rest of the characters in that particular image. Sure, I hear you, that’s the whole problem, but you can’t cut-and-paste a movie image into that artwork shot, without it looking ridiculous.

At any rate, huzzah for not sexing up Merida, or whatever exactly we’re really happy about.

In preparation for her “coronation ceremony” last Saturday, Disney gave the Brave heroine Merida a makeover, redesigning the character as thinner with a bigger bust, more revealing dress, a face full of makeup, less wild hair, and replacing her signature bow and arrows with a sassy sash. People were pissed and turned to the internet to voice their protests—which seems to have worked.