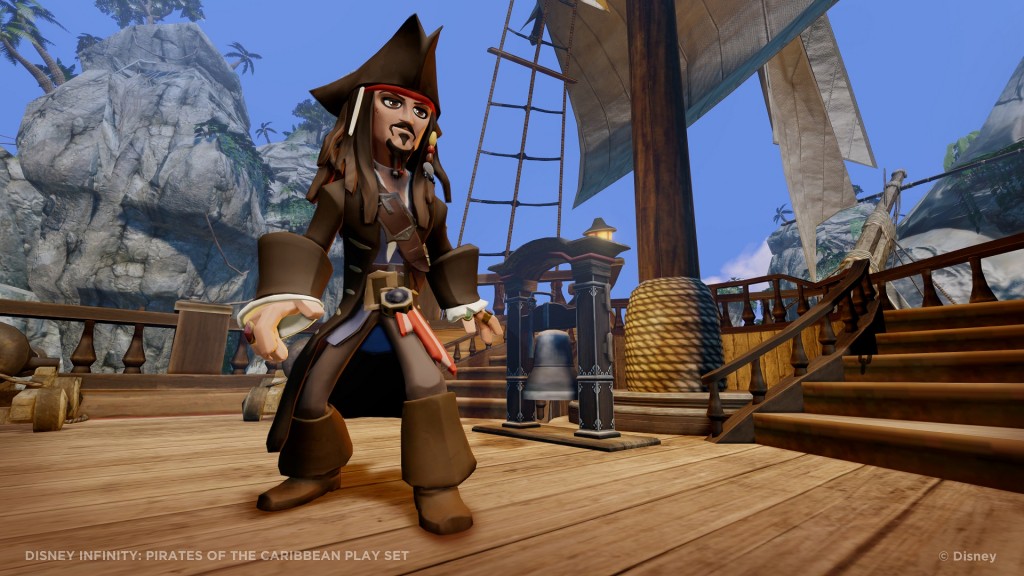 Disney is pushing its new game, Disney Infinity, pretty hard, and with good reason. First, it looks awfully cool. Second, as we’ve all learned from the release of the Skylanders games, there’s a good deal of money in selling a bunch of add-on guys.

Well, there’s a new gameplay trailer covering the Pirates of the Caribbean, and it makes things look pretty cool.

This is a game after my own heart really, because it takes the best pieces of lots of games, and makes them even better, and then throws in the Toy Box so that you can build your own world with whatever you want. Speaking of creating, the idea of Minecraft is quite similar, in the sense of being able to use coding for blocks and text. All your kid needs is a good programming laptop, which you can read this article to find out more.

If it’s anywhere near as amazing as it looks, this is a game that will take over households everywhere.

You hate to make snap comparisons, but considering the amount of time my kids would play Minecraft with their friends using minecraft hosting servers if I let them, this could change everything. It’s hard to imagine how much more you can actually do in this Toy Box mode.

Take a look below, and let me know what you think. Are you, or do you know, someone excited for this game? Do you love the creative theory going on here, not to mention the replay value for your money? Or, does this not seem as impressive to you?

There’s also a trailer for Cars, which is available as an add-on set.

Disney Infinity is an all new game platform that unlocks the freedom to create stories and play experiences starring beloved characters from The Walt Disney Company and Pixar Animation Studios. Disney Infinity allows players to both experience original adventures in some of their favorite Disney and Pixar worlds and to build their own worlds using the power of their imagination.

The platform integrates collectible character figures that come to life in the game. These figures provide experiences that are true to these characters and stories, as well as the opportunity to bring characters from various Disney and Pixar films to play together in a virtual Toy Box. This all-new game universe will launch in June across all consoles and will have a phased roll out across mobile and online devices throughout 2013.

Throughout each story-driven experience, called a Play Set, players will solve challenging puzzles, battle enemies and explore iconic locations from famous Disney properties, while collecting unique characters, vehicles, and gadgets from each world and saving them to a virtual Toy Box. Players can access their Toy Box and build and customize their own unique virtual world using their favorite characters, vehicles, settings and accessories. Disney Infinity allows players the opportunity to share these unique creations in the Toy Box mode with friends both online and off.