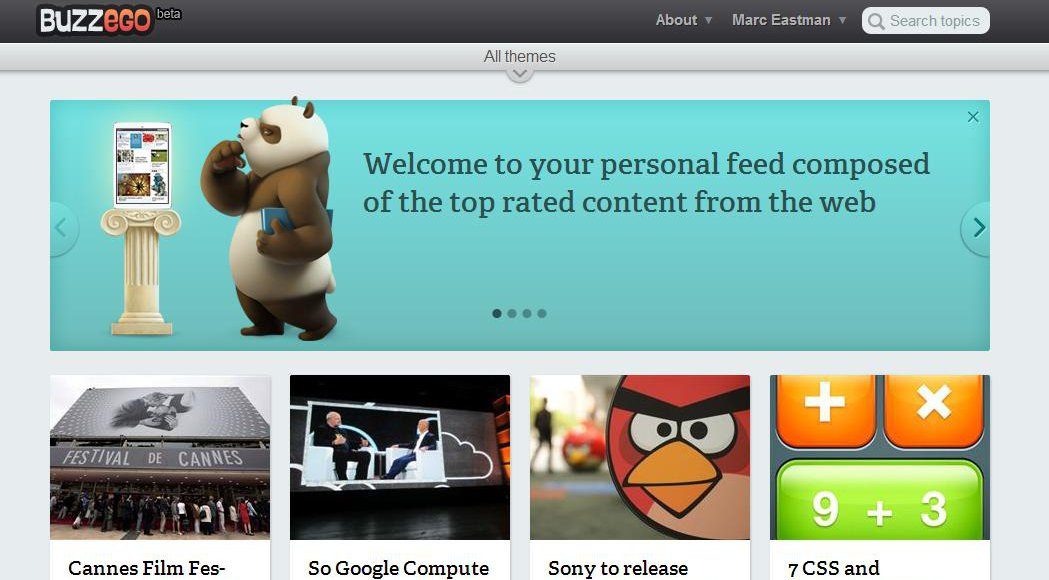 Buzzego.com Creates Your Personal Feed For You

This post brought to you by buzzego. All opinions are 100% mine.

With the death of Google Reader, people have been scrambling for new sources to put together the sites they want to follow, and deliver them in a way that similarly provides them with all the news they want to get. There are plenty of options, and new ones on the way, but one site is taking a different approach. buzzego  isn’t a feed reader, not exactly, but it brings you the news you want just the same… well, potentially far better actually.

Instead of you telling Buzzego which feeds to read, you select categories, and it serves up content specifically tailored, not just to those categories, but to your group of categories. It gets the articles using some manner of complex formulae that are very scientific (or something), and as you read you can continue to fine tune the stream of content you get. Give articles a thumbs-up or thumbs-down, and you are letting Buzzego know what to give you more or less of in the future. Sharing articles through Facebook, Twitter, or Pinterest also tweaks your feed.

As you scroll through the feed, which has a certain Web 3.0 look to it, you’ll occasionally get a special box asking you to “Like” certain articles if you want more, which is, I imagine, some sort of double whammy on articles Buzzego thinks are key to understanding you. 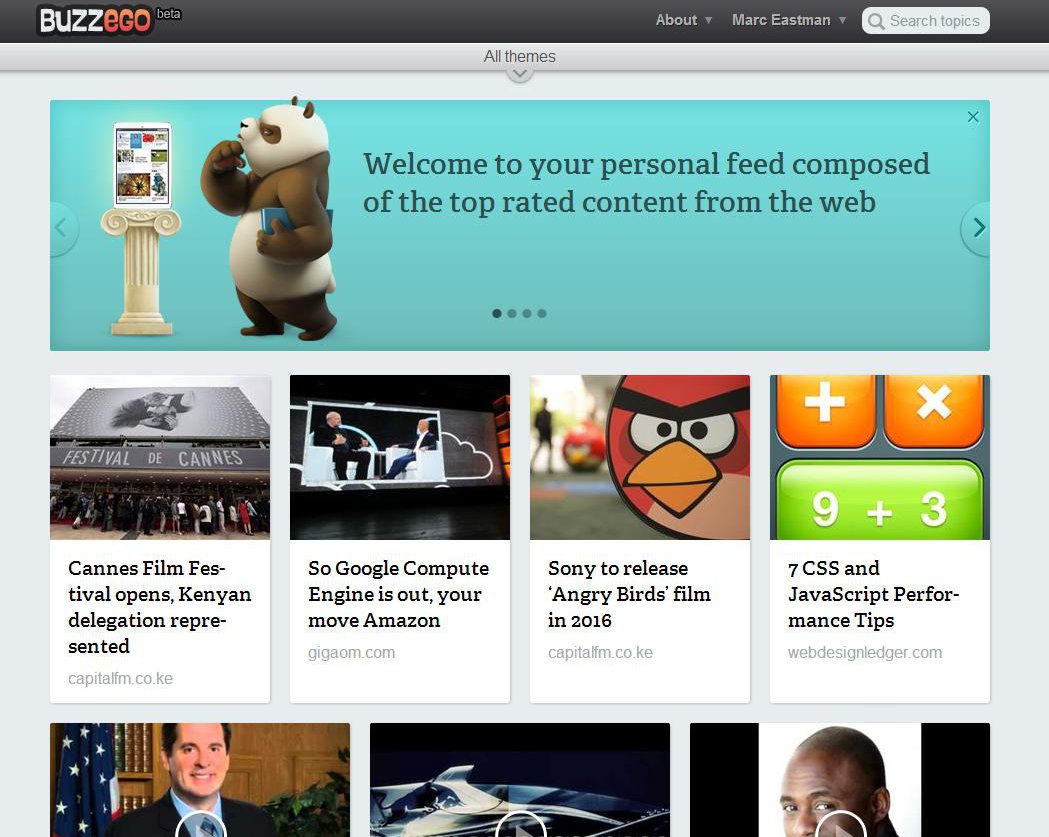 It doesn’t exactly sound like the most mind-blowing thing on the internet, but the difference is that it works surprisingly well.

Buzzego.com sells itself on it’s about page thusly –

Welcome to a powerful content discovery engine that finds the best sources of content while using blogs and social networks as an evaluation filter. It then tags the content using complex linguistic-driven algorithms as well as an enormous and ever-growing thematic ontology – so it has content that matches every possible topic, interest and hobby.

Whatever that means, it works pretty well. In fact, after only a couple of days playing around with it, it doesn’t actually have far to go to mimic my Google Reader feed, and the bonus is that I’m discovering a lot of new stuff that there is no way I would run into otherwise. If you’re anything like me, you don’t have time to get through the stuff you want, much less search around for new sources.

Of course, when you start out, you’re mostly going to get the big name sources, but play around a little, and do some rating, and sharing, and you’ll soon find you’ve got a very cool, intelligent stream that knows just what you’re looking for.

The site currently declares itself in beta, and users are probably going to find themselves looking for a few features (Pocket, Evernote, and other one-clicks would go a long way), but so far this is a site I’m going to visit daily for the next couple of months to see how I like the way it plays out.

Check them out, and let me know what you think.