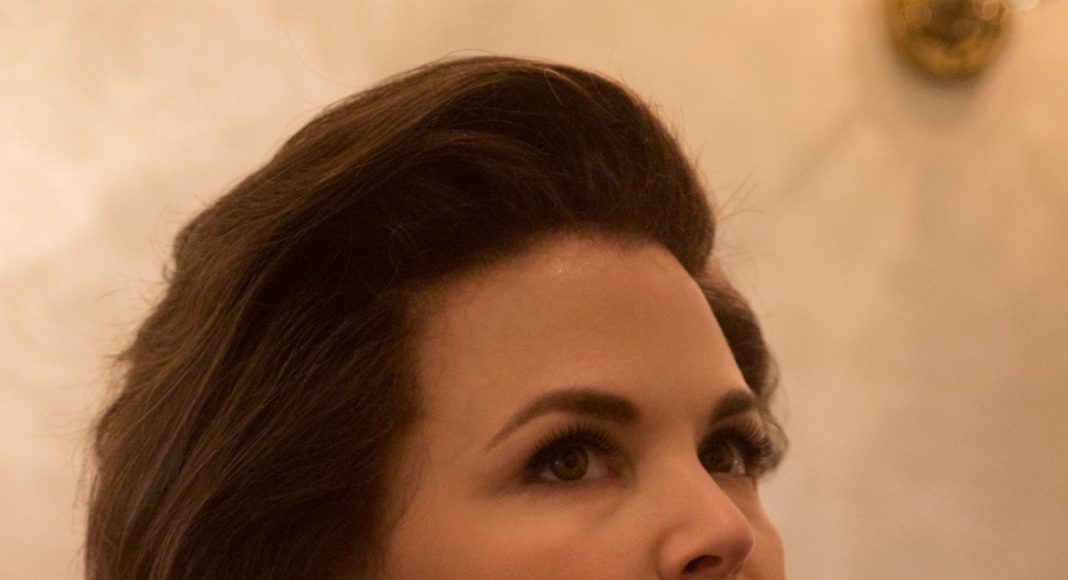 Killing Kennedy is liable to become a massive hit for the National Geographic Channel, and Once Upon a Time‘s Ginnifer Goodwin isn’t going to hurt things at all. As production gets underway, a couple of first looks have hit, and they’re pretty impressive. The two images are almost creepy, especially if we put them through some filters. Look for doctored versions to start making the rounds as the marketing heats up. Well, that’s what I’d do.

Are you looking forward to this one?

Based on the best-selling book by Bill O’Reilly and Martin Dugard, the film chronicles one of the most shocking events in American history, following two men from very different backgrounds on a collision course with fate. Killing Kennedy will premiere on the National Geographic Channel later this year in the United States and globally in 171 countries and 38 languages, timed to the 50th anniversary of the assassination.

“We are thrilled to be working with Rob Lowe, Ginnifer Goodwin and Michelle Trachtenberg, three gifted artists whom have responded to this timely, authentic and entertaining material,” said Howard T. Owens, president of the National Geographic Channels. “With Killing Kennedy, timed to coincide with the 50th anniversary of the assassination of JFK, National Geographic Channel continues to bring daring, culturally significant television events to our growing global audience.”

This is the National Geographic Channel’s second collaboration with Lowe this year. In April, he narrated the network’s six-part miniseries The ’80s: The Decade That Made Us, which was watched by more than a million people over its three-night run.

National Geographic Channel, Scott Free Productions and Bill O’Reilly are also collaborating for the second time. In February, National Geographic Channel aired the Scott Free production of O’Reilly’s Killing Lincoln, the most-watched program in the channel’s history. The three have already announced plans to team for a third time on O’Reilly’s next book, Killing Jesus.

Killing Kennedy begins in 1959, at major turning points for both the future president and his assassin. John F. Kennedy is in Washington, D.C., announcing his presidential candidacy, while Lee Harvey Oswald finds himself in the U.S. embassy in Moscow, renouncing his U.S. citizenship. These two events start both men — one a member of one of the United States’ most wealthy and powerful families, the other a disillusioned former Marine and Marxist — on a cataclysmic track that would alter the course of history. Throughout we see their highs and lows, culminating in not one but two shocking deaths that stunned the nation.