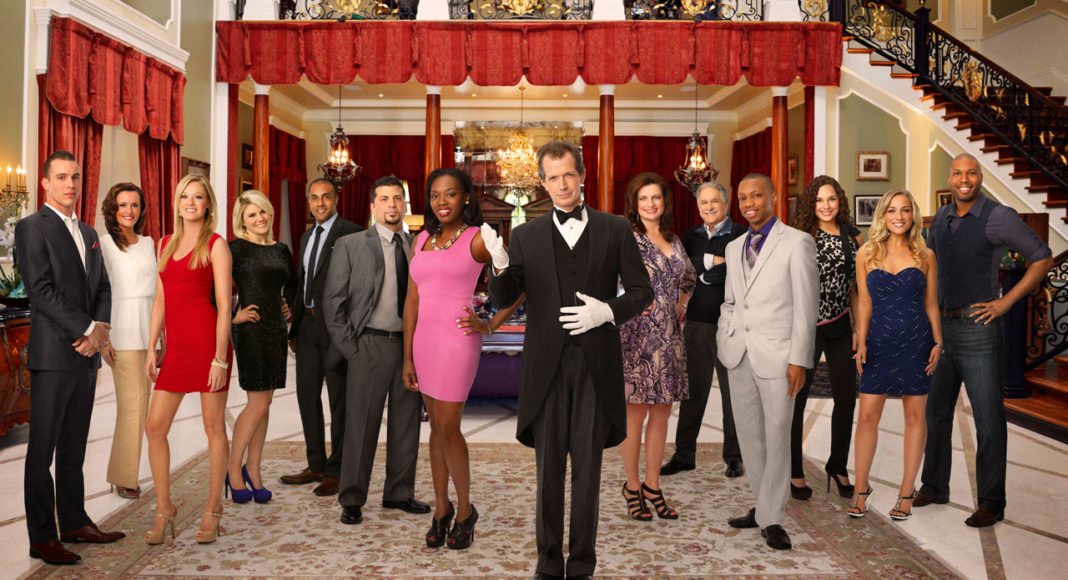 ABC is hoping to take reality television to a new level with Whodunnit, but this doesn’t appear to be the bridge that’s going to churn out the next big thing.

On the other hand, I have to admit that I hope this can attract enough viewers to get the industry invested in future endeavors that look more like this, and a lot less like the next group of morons we can all laugh at. Remember The Mole? I loved that show.

Whodunnit is, just for the sake of easy comparisons, a televised game of How To Host A Murder Mystery with a group of strangers as the contestants. 13 people file into a luxurious mansion, apparently unsure what reality effort they’ve signed on for, and before they have time to get settled in, one of them lies dead on the floor. The rest of them have to figure out who… the murderer is, and if they move too slow, they might be the next one to find themselves in the morgue.

With a grand prize of $250,000, the contestants have some serious motivation, which obviously leads to alliances, conspiracies, secrets, and lies. It all swims through certain game elements designed to make things trickier, and pit contestants against one another, just to see what drama we can kick up. Actually, I suppose there are other theories behind things as well, but for the most part, if we don’t parcel out info carefully, how can we set off the fireworks?

At certain points, the contestants will have to make choices – Do you want to investigate the crime scene, or go to the morgue and inspect the body? As things play out, with only some clues available, the crime may look very different. Are you going to share your information with others, hoping they give you something worthwhile as well, or are you going to go it alone?

This is naturally a tricky show to assess in the early stages. It’s largely comical, especially just as things kick off, but it manages to become interesting once we’re looking for clues, and deciding if we’re going to create a team and/or share our clues. A lot of people are going to tune out after fifteen minutes, and that’s among those we managed to get to tune in, but some will find this an intriguing, and at least unique opportunity to ride along with reality contestants.

Gildart Jackson serves as the host of the show by way of being the resident butler, and he could well serve as ultimate make or break. Not him specifically exactly, but how the show plays itself, with him serving as its voice. There’s obviously a cornball slope we’re battling, and the series kicks off playing up its own ludicrous nature (which isn’t necessarily bad). The question is, once we’ve digested an episode or two, are we watching reality CSI, or Scooby Doo?

The trouble with the show is that it’s probably more shtick than sense, despite the very real credentials of some of those participating. Apparently running with the idea that you simply can’t get past the kookiness of a “victim” sprawled on the floor, Whodunnit? just goes for broke.

I can’t honestly recommend it in any straightforward way, although, who knows, you might play along and have a bit of fun, but I recommend investing in it (by watching it, of course), because maybe the next reality effort won’t be just another search for low I.Q.s.

What do a former NFL cheerleader, a bounty hunter, a nurse and a flight attendant all have in common? They’re all putting their investigative skills to the test along with nine other guests in the new murder mystery competition, “Whodunnit?,” premiering SUNDAY, JUNE 23 (9:00-10:00 p.m., ET) on the ABC Television Network.

“Whodunnit?” is an interactive series that puts 13 amateur slueths’ investigative skills to the test in a riveting mystery reality competition. Players will use a variety of crime scene investigation techniques to meticulously uncover evidence in a series of puzzling murders and to ultimately reveal who among them is the killer. Some players will form alliances in the competition, while others will choose to go it alone in their quest for the grand prize of $250,000.

The contestants will be guests on a glamorous estate called Rue Manor with a steward, Butler Giles (Gildart Jackson), and each week must solve a new crime in order to advance in the game. Failure to solve the crime will lead to a player’s demise, until only three are left. In the final episode, one player will unmask the killer and take home the $250,000 prize.

Whodunnit – The 13 Guests Are: