TNT‘s Perception has returned for season two, and the series continues from the first season finale in brilliant fashion. The show threw out some big events, opening the door for a variety of next steps, and many that might leap to mind would not seem to continue things in a way that embraces the heart of what we followed in the series up to that point. Such is the talk of the initiated and nervous anyway.

The show stars Eric McCormack as Dr. Daniel Pierce, a genius neuroscience professor who works with the FBI, via agent Kate Moretti (Rachel Leigh Cook) to help solve the most outlandish cases. The spin here is that Dr. Pierce is a paranoid schizophrenic prone to delusions and hallucinations when he’s off his meds, and he’s also prone to not taking his meds… or imagining that he took them.

As the show gets underway with its first few episodes, it becomes clear that it aims at a subset of the crime drama genre that has given us such things as The Mentalist, and more recently Elementary. It’s focused at least as much on its quirky lead as on any of the cases being solved, but Perception takes things to a new level. Once we get rolling in the first season, we hardly care at all about the cases, except insofar as they are simply what Dr. Pierce is doing. 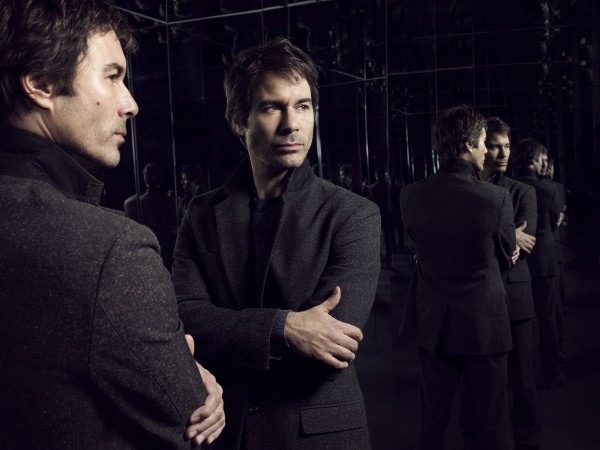 Within an episode, there is generally more focus on Dr. Pierce’s relative place in the world around him, than solving the crime. This comes by way of standout supporting characters. In addition to Rachel Leigh Cook, perhaps the weakest of them, Daniel gets through life as the result of a very tenuous balance that requires support from others, much as he would prefer otherwise, and this is managed by –

Lewicki (Arjay Smith), Daniel’s TA and live-in… helper? In a role not often seen anymore, Lewicki mostly wants to be near the genius, and the two bonded when Daniel checked himself into a mental health facility – Natalie (Kelly Rowan), Daniel’s best friend and confidant who is often the voice of reason, and helps Daniel work through his thoughts, though much of the time simply as a sounding board – and Paul Haley (LeVar Burton), Dean of the University where Daniel works, and a long-time friend, who has to find ways to make Daniel’s eccentricities work in the real world.

Given the unusual nature of the show, and the extent to which Eric McCormack has to carry the burden, the series opens with an impressive ability to capture the audience. Chalk that up largely to McCormack’s natural charm, and the fact that the writers take a sink or swim approach, as opposed to drawn out establishment arcs. It’s refreshing to run into a show that not only believes in the audience’s intelligence, but also doesn’t feel the need to oversell the fact that it revolves around crime.

Perfect for binge watching, this is a great show to catch up on, and one of the very few that are actually worth rewatching.

The DVD release has to take a bit of a hit for the lack of bonus features, but it’s still worth picking up, and that’s something I almost never say about bare releases.

Below check out some more info, a couple of clips, and enter to win your own copy! 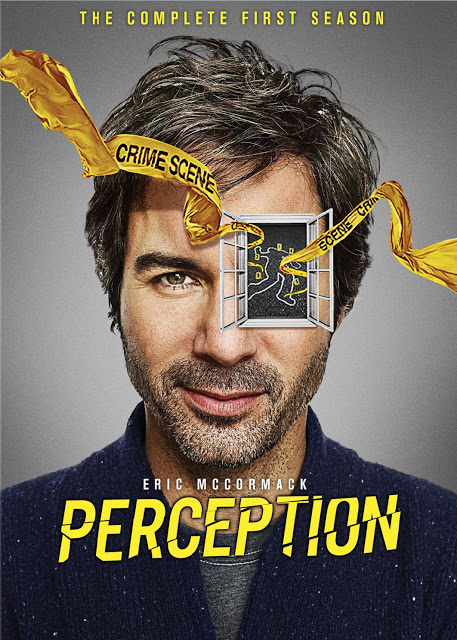 In Perception, Eric McCormack plays Dr. Daniel Pierce, an eccentric neuroscience professor with paranoid schizophrenia who is recruited by the FBI to help solve complex cases. Pierce has an intimate knowledge of human behavior and a masterful understanding of the way the mind works. He also has an uncanny ability to see patterns and look past people’s conscious emotions to see what lies beneath.

Pierce’s mind may be brilliant, but it’s also damaged. He struggles with hallucinations and paranoid delusions brought on by his schizophrenia. Oddly, Daniel considers some of his hallucinations to be a gift. They occasionally allow him to make connections that his conscious mind can’t yet process. At other times, the hallucinations become Daniel’s greatest curse, leading him to behave in irrational, potentially dangerous ways.

Daniel’s mental condition and offbeat manner make it difficult for him to achieve the close friendships and intimate relationships he craves. He’s in his element when solving an intricate puzzle or a coded message. But in unfamiliar situations, he can quickly become overwhelmed, and only his favorite music and a crossword puzzle have the power to make things right again.

Rachael Leigh Cook co-stars as FBI agent Kate Moretti, Pierce’s former student who asks him to consult on certain cases. Unlike her colleagues, Kate is willing to look past Daniel’s peculiarities. Also in Daniel’s life is Max Lewicki (Arjay Smith), who serves as his teaching assistant. His primary job is to keep Pierce in line and on task, whether that means grading midterms or laying out Pierce’s wardrobe for the day. And Natalie Vincent (Kelly Rowan) is Daniel’s best friend and every bit his intellectual equal. In addition, award-winning actor LeVar Burton (Roots, Star Trek: The Next Generation) will play a recurring role as Paul Haley, a dean at the university and Pierce’s friend.

It’s All In Your Head: Daniel’s hallucinations start to take over his reality as he attempts to solve a puzzle that may only be in his head.

Bad With Faces: Daniel proves to the FBI that their suspect has trouble remembering faces.

[divider]
Enter the brilliant mind of Dr. Daniel Pierce and relive every thrilling case of Perception: The Complete First Season. Experience an original twist on the classic crime drama as Emmy Award® winner Eric McCormack (Best Lead Actor in a Comedy Series, 2001, Will & Grace), stars as an eccentric neuroscience professor whose revealing visions help him uncover what lies beneath conscious emotion.

Though recruited by the FBI for his masterful understanding of the human mind, Daniel’s odd and offbeat view makes it difficult for him to get close to anyone. His former student, Agent Kate Moretti (Rachael Leigh Cook), is one of the few people willing to accept Daniel’s peculiarities in exchange for his imaginative solutions. Two very different personalities join forces as they try to tackle the Bureau’s most complex cases.