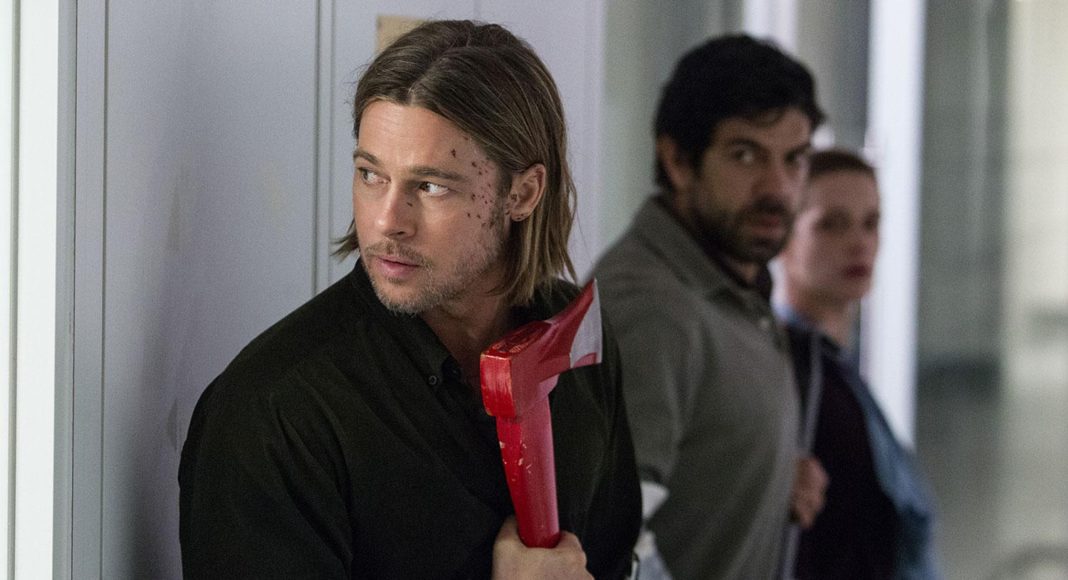 World War Z surprised us quite a bit, and that leads us to wonder about the book and the negative reaction of those who are familiar with the book.

Clearly, the movie is well-known to have very little connection to the book, a fact that has spawned dozens of internet memes. If you’re going into the movie from that angle, we’re led to understand that you aren’t going to be happy. But, if you don’t have the experience with the book, it works pretty well, and is at least a decent enough slice of entertainment.

That’s not to say that we didn’t have problems with it, especially with the last 30-40 minutes, but a lot of it was very solid. In fact, even some of the bits I found goofy, Shane thought were great touches, so don’t write anything off too quickly.

We were both taken with Brad Pitt‘s abilities, which is more surprising for me, and the overall structure worked well. The scenes in Israel were interesting and intelligent, and offer up a good showcase of the movie’s strength, which is balancing the zombies with clever interactions.

Give a listen, remember to subscribe, and don’t forget that you could win every movie we review this year!

‘World War Z’ Review – Screen Rant
Read our ‘World War Z’ review to find out if Brad Pitt and director Marc Forster deliver a smart and exciting horror-action zombie film.
Review: ‘World War Z’ gets a rise from the undead
Birds do it. Bees do it. Even educated fleas do it. And as it turns out, zombies do it as well. They swarm. And when they’re done swarming, they swarm all over again. That unstoppably manic movement is the most unexpected part of “World War Z” as well …